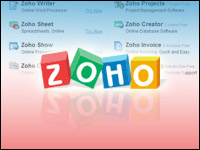 Zoho has been speedily turning out applications to complement its core platform. Earlier this spring, for instance, it introduced Zoho CRM. Now, it is rolling out Zoho Marketing Campaigns to buttress the marketing functionality it introduced in the CRM app.

“We had marketing and campaign features in that app, but the functionality wasn’t deep enough for our satisfaction,” Zoho Evangelist Raju Vegesna told CRM Buyer. Its response was the release of Zoho Campaigns.

There are three main focuses in Campaigns: email campaigns, social media campaigns, and integration with Zoho CRM, as well as other CRM apps a customer might be using, Vegesna explained.

The email marketing module comes with tools to create campaigns and engage with users when the campaign lands in an in-box. Another option allows users to send out test campaigns to certain audiences.

There is also a tool called a “chain campaign,” Vegesna said, which can send a test to a group of people based on certain attributes, such as whether they have opened an email in a while or not.

There is also real-time reporting that can track opens, clicks, bounce-backs and unsubscribes.

“You can see in real time who is opening the email,” Vegesna pointed out. “Or you can look at people opening the email by demographics, such as which country they are in or which email platform they are using.”

Much of this functionality is repeated with the social piece. Zoho Campaigns has the ability to send campaigns via the three big channels of Facebook, Twitter and LinkedIn.

“Social, obviously, is very important to our users,” Vegesna said. “Companies want the ability to create and track and engage via the social channel, and that is what we have given them.”

The third key feature set in Zoho Campaign is the tight integration Zoho has built with its own CRM app — as well as developing open APIs and other links so that users can hook their own CRM application into the campaign application and import contacts from any source, get data in and out of the service, and send email campaigns.

“What we ended up with,” Vegesna said, “is a tight two-way integration that can also support multiple CRM data sources.”