Apple Pay May Leave CurrentC in the Dust 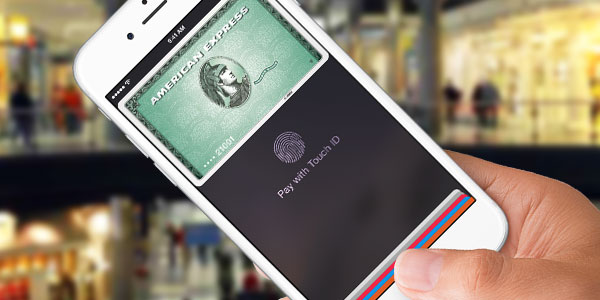 Apple’s debut of Apple Pay has been more than a little bumpy, and the company may be in for some additional negative press about its competitive position before the dust settles.

However, there is one major factor in Apple’s favor that could help it win the mobile payments tug-of-war in the end: time.

Double-Billed and No Recourse

Let’s start at the beginning.

Apple Pay’s launch was marred somewhat by reports of banks double-billing some consumers for purchases made using the system.

Worse, when the consumers turned to Apple, they were informed that it had no transaction records and therefore could do nothing to help. The fact that Apple can’t access transactions makes Apple Pay’s security strong — but it also means the company is impotent when problems crop up.

The payment providers, it seems, would just have to accept on blind faith that the consumer didn’t make two identical transactions.

Events like those arguably are just examples of the inevitable short-term glitches that any new payment system is bound to experience.

It also may be true that Apple doesn’t have the luxury of time to rectify a flaw in a new product. Any glitch elicits heavy pontificating about the company’s failure to live up to its past glories. Witness, for example, the faux crisis over “bendgate” that accompanied the iPhone 6 release.

Unfortunately for Apple, more bad news came on the heels of the glitch reports that accompanied its Apple Pay launch.

Shortly after Apple Pay’s launch, reports surfaced that retailers such as CVS and Rite Aid had ceased accepting Apple Pay. They apparently had signed on to MCX, for Merchant Customer Exchange, a consortium of businesses backing a competing mobile payment platform, CurrentC, based on QR code technology. MCX requires that members use CurrentC exclusively.

CurrentC’s QR code model differs strikingly from Apple Pay — or Google Wallet, for that matter — which both employ near-field communications tech. Volumes have been written about the pros and cons of these two approaches, but from a CRM perspective they boil down to a few points.

Near-field communications tech is perceived to be easier for the consumer to use (barring double-billing or other glitches).

QR codes are easier for brands to use for special offers and loyalty rewards. Indeed, one of the benefits of CurrentC is that the system is designed to apply discounts and use loyalty programs automatically.

CurrentC reportedly will charge purchases to checking accounts or debit cards — not credit cards. That is extremely attractive to merchants sick of paying 2-3 percent transaction fees.

The CurrentC system also keeps financial data out of the hands of the merchant, which is good for security.

It is a formidable competitive product, especially because a large number of retailers are lining up behind it.

Time is on Apple Pay’s side though. That’s because consumers are using the system right now, while CurrentC is still in development.

To be sure, many Apple Pay transactions are no doubt novelty-driven. Sooner rather than later, though, consumers will be using Apple Pay for the simple reason that they want to pay for something with their smartphone. That long-awaited moment, in other words, will then have arrived: the moment consumers enthusiastically embrace mobile payments.

CurrentC appears to be slated for rollout in the first quarter of next year, based on an internal memo made public by one of the drugstores.

One whole quarter may be critical, however. Customers have been hearing about and weighing the benefits of mobile payments, and they are starting to pull the trigger.

Global payments using mobile devices contributed 23.3 percent of total online payments for the third quarter, up from 21.5 percent last quarter, according to a report by Adyen, which was released before Apple Pay made its debut.

It will be interesting to see the percentage increase at the end of the fourth quarter — three months after Apple Pay made its debut and right before CurrentC makes its own entrance. 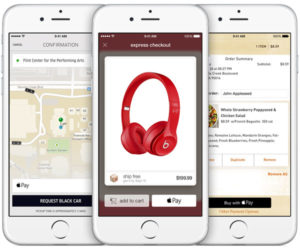 Apple Pay vs. CurrentC: Prelude to the Beacon Wars 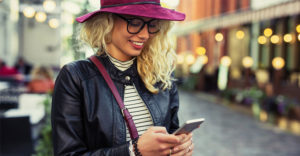