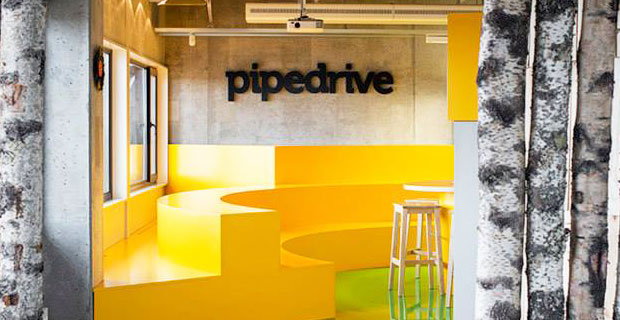 Pipedrive, a CRM manager that targets the end-user salesperson, on Wednesday announced that it has raised US$17 million in a round of Series B funding from an investor group led by Atomico. Two of the company’s original investors, Bessemer Venture Partners and Rembrandt Ventures, participated in the new round as well.

Atomico partner Teddie Wardi will join Pipedrive’s board to offer advice and support to the firm. Cofounder and CEO Niklas Zennstrom, who is also a cofounder of Skype, will become a board advisor. Wardi will work with Atomico partners Carlos Pires, Shin Iwata and Kelly Poon, who are based in Sao Paolo, Tokyo and Beijing, respectively.

Pipedrive intends to use the funding to accelerate product development, hire additional staff, increase investment in infrastructure, and grow its ecosystem of partners. It will tap Atomico’s expertise in helping companies grow on a global scale.

“We’ve seen triple-digit year-over-year revenue growth since we launched in 2010, and we now have more than 200 employees across our offices in New York and Estonia,” said Pipedrive CEO Timo Rein.

“Right now, we’re focused on using the financing we just raised to continue to grow our global footprint from more than 30,000 small business customers to millions of customers worldwide,” he told CRM Buyer.

For Atomico, the Pipedrive funding — its first-ever investment in a company based in Estonia — is something of a special deal.

During their time in Estonia, a number of Atomico officials — including Zennstrom — discovered a high level of entrepreneurship and talent, Atomico said.

A number of companies use spreadsheets and complicated manual tools for sales. The CRM market tailored specifically for SMEs is largely untapped and could be worth more than $10 billion, Atomico estimated, noting that Pipedrive already is used by more than 30,000 small and medium business customers in more than 140 countries.

Pipedrive’s alternative sales management platform is built specifically for sales people by sales people who know their needs, according to Atomico. The Pipedrive tool uses Slack-like integrations with more than 50 different apps from Trello, Google, Mailchimp and others.

Nudging Deals to the Finish Line

“We look for a balance of simplicity and usefulness, and we built Pipedrive with the salesperson and small business in mind,” said Pipedrive’s Rein.

“In fact, I and my cofounders are sales people ourselves — so we created Pipedrive because we saw a need in the market for a comprehensive pipeline management tool designed specifically for the daily needs of sales professionals,” he explained.

“Pipedrive is particularly attractive to those sales people who sell things of high value, which can sometimes take months to close,” Rein said. “The product gives them maximum visibility into their sales pipeline, and guides them to complete key activities that consistently push deals to close. Last but not least, Pipedrive also speaks to people in many languages.”

Sales representatives in the field are looking for tools that actually help them do their job, rather than just catering to upper management, observed Sheryl Kingstone, research director at 451 Research.

“Our data shows that sales analytics and intelligence is the No. 1 tool that will be transformational for sales,” she told CRM Buyer. “Systems of record, which are critical for managing internal operational processes, must be complemented by systems of engagement to provide an interactive, personalized sales engagement process. “

Technologies like machine learning, sales enablement and prescriptive analytics are what are in demand by users in the field, Kingstone said.

There appears to be an “insatiable appetite” for new sales tools in the enterprise space, he told CRM Buyer, adding that “this environment has created ongoing investor interest in software vendors developing new innovations.”