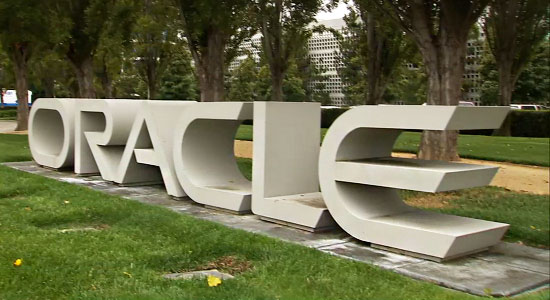 Oracle recently held a call for analysts to discuss its results for the last quarter, and there were multiple bright spots. It was much like a similar call 90 days previous, and together the calls drove home the conclusion that Oracle is turning into a cloud company.

A casual observer might not be convinced, since the macro numbers show a company barely growing.

Oracle told the story succinctly: Total Revenues were US$9 billion, flat in U.S. dollars and up 1 percent in constant currency.

However, the apparent stasis actually was good news, because it shows a company the size of an aircraft carrier making a pivot to the cloud without the dreaded losses so many investors fear when a business’ revenue model changes during a transformation.

The results engendered a small amount of hyperbole, which is natural. The earnings call is a company’s chance to smear lipstick on anything it wants to, and Catz wasted no time comparing Oracle with its chief rival and one of its biggest customers, Salesforce.com.

Oracle’s growth rate brought its cloud business over the $1 billion mark for the quarter. So one way to note the increase would have been to say that Oracle’s cloud operations had grown to roughly half the size of Salesforce, which hauls in quarterly revenues that exceed $2 billion by a bit.

Instead, Catz said this: “When Salesforce.com crossed the billion-dollar milestone, their SaaS and PaaS subscription growth rate had slowed down to 36 percent, even after you include all their acquisitions.”

That’s when everyone needed to take a breath and recall that Oracle’s growth was being reported on a very small base compared to Salesforce’s. Also, 36 percent is a happy problem.

Actually, it’s hard to be sure what the size of Oracle’s base is for several reasons. First, Oracle reports PaaS, SaaS and IaaS, while Salesforce just sells its service bundled, because that’s its model. For instance, Oracle’s PaaS and IaaS businesses has north of 21,000 customers. So “fastest-growing cloud company” is a moniker that Oracle can claim, but “fastest-growing” is also a reminder of being new.

Importantly, though, Oracle’s smaller base tells a different and better story that shouldn’t be confused with revenue comparisons, because Oracle is a much different company from Salesforce, and it should be evaluated on its merits.

To start with, Oracle is a legacy vendor, which means, as most people know, that the vast majority of its customers still operate by running software on their own gear in their own data centers.

Also, the company’s cloud business appears to be coming primarily from new sales rather than conversions of existing customers, which is good. So it’s too early to make many revenue comparisons — but what else would one expect on an earnings call?

Gently to the Cloud

The real — and better — story that Oracle tells at other times, especially to technology analysts, is that it is continuing to care for its customers that are running the older products. In other words, no one is being forced to switch to the cloud, and executives routinely discuss the customer base conversion as a greater-than-10-year project.

This brings us to how and why Oracle and Salesforce are very different cloud companies.

Salesforce has the good fortune of not having an installed base running old products. Everyone runs the same — and latest — version of its products. Moreover, Salesforce does the hard work of pre-release testing to ensure painless transitions.

On the other hand, the installed base drives Oracle to sell multiple levels of cloud offerings, from bare hardware to applications, to a well-integrated platform of services.

The multiple choice approach would be superfluous for Salesforce, but it makes perfect sense to Oracle customers considering how much cloud to take on at once. A little infrastructure in the sky for established apps? Or a lights-out Software as a Service and Platform as a Service?

Given Oracle’s large installed base, it will be in this mode for a while — but it ought to be making big points with its customers for organizing this orderly transition.

What could be scary for the folks in Redwood Shores. though, is that when a conventional customer with an on-premises deployment decides to explore cloud options, it’s inconceivable that it won’t kick Salesforce’s tires — and those of other vendors — and it’s reasonable to expect some attrition. Still, now that Oracle is in the game, attrition is a two-way street.

The earnings call brings all of this into subtle but very real relief. Oracle has to demonstrate its financial momentum and prowess if it expects to retain its customers and attract new ones. It’s doing that and more, and it is feathering its nest further by demonstrating its loyalty to its customers.

The array of new apps running in the cloud, plus all of the approaches to moving processing and legacy apps there, plus a good integration story, all help Oracle to solidify its message with the installed base.

So it was a good earnings call, but when we talk only about finance, we can lose the meaning of the numbers. After years of customer complaints about pricing policies, especially for maintenance, Oracle is proving its worth — and that will contribute to its staying power.