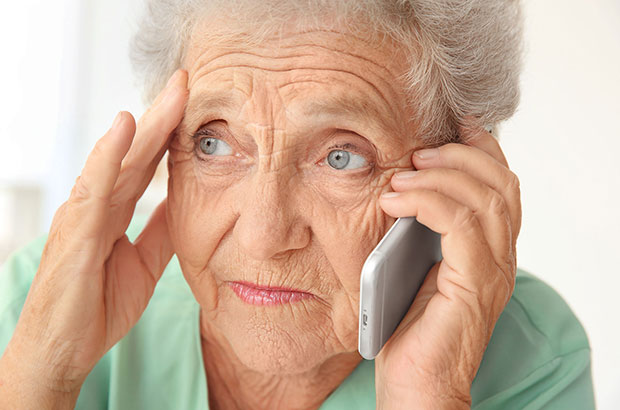 Sometimes when you tug on the thread of a small customer service failure, you unravel a big skein of much knottier problems. That happened when Shield Healthcare didn’t send “Great Aunt Nelly” her shipment of medical supplies on time.

There are many people like Nelly in the U.S. — elderly and disabled folks who depend in part or entirely on government assistance to get by. A huge bureaucracy of public agencies and private vendors service their needs, and sometimes the “service” they give is sorely lacking.

Nelly is one of many Medicaid recipients who must spend a certain amount of money each month on her medical expenses before coverage kicks in. It’s sort of like a deductible.

She can’t report her own out-of-pocket expenditures to get credit for them toward her share of costs. Only vendors who have contracts with approved providers can do that. So Nelly is stuck buying only from certain companies, or her purchases won’t be counted toward meeting her monthly financial responsibility.

Shield is the only medical supply company Nelly’s plan provider has authorized to sell the products she needs. Among other things, that means Shield doesn’t really have to care whether Nelly and customers like her are satisfied or not. Their “loyalty” is built-in.

Shield seems to be trying hard to keep customer service costs down. Every call starts with an automated warning that the contact center is experiencing unusual call volume. The system urges customers to place reorders through self-service using the phone system or on the company’s website.

Nelly would be happy to place her orders through self-service, but there’s no way for her to do it. Shield requires that customers in her circumstances speak to an agent every time, which means enduring the irritating IVR system and then crossing fingers that the rep who handles her order does it correctly.

I can only assume that following this inefficient procedure costs the company less than it would cost to fix it. Any company that truly depended on customer loyalty probably wouldn’t see it that way, as its customers no doubt would leave in droves rather than suffer the consequences of repeated late shipments of essentials. Why doesn’t Shield invest in operational improvements to allow customers in Nelly’s circumstances to use self-service ordering?

When Shield makes a mistake, recipients like Nelly have to pay. They can’t go without medical necessities. They’re forced to buy supplies on their own, and they can’t report those purchases for credit toward their share of costs. That means something else in their budget has to give. Perhaps they turn down the thermostat to reduce their heating bill. Maybe they skimp on groceries. There aren’t many incidental expenses low-income people can cut without hurting.

From a purely self-serving standpoint, it seems illogical for Shield to trade the minor cost of accommodating Nelly’s request — a week’s worth of comped supplies — for the potentially much greater cost of refusing it. The issue took up the expensive phone time of two CSRs and a supervisor.

The cost of the bad PR that Shield is likely to get from its “tough luck” attitude is incalculable. This column alone will reach far beyond ECT News Network, as it is picked up by hundreds of other online outlets and shared in countless social media threads.

Nelly’s relatives, friends and acquaintances also will hear about Shield’s bad behavior through word of mouth, which can travel fast and far.

Ultimately this incident, or one like it, could trigger some concrete action to end Shield’s monopoly status.

Why would Shield risk so much to avoid paying roughly US$50 to appease a customer it admittedly failed?

Fans of mystery novels know that the first question you ask to identify the culprit is “who benefits?” Shield saves money by holding the line on its customer service budget. The company knows that customers like Nelly can’t get their supplies elsewhere, so as long as Shield continues to qualify as Medicaid’s approved vendor, that’s all that really matters.

This strategy makes sense if you consider how many Nellys are out there. The supervisor who said the company couldn’t “keep sending out free supplies” leaked some pertinent information: The company makes a lot of errors. They’re likely systemic. Shield evidently doesn’t want to allocate funding to correct this state of affairs.

The upshot is that customers like Nelly must pay repeatedly for the company’s mistakes — not merely in frustration and inconvenience, but in actual nickels and dimes out of their small purses. In the meantime, Shield shields its profits.

Shield’s customers in many cases are the people most in need of protection in our society. Some are very elderly and frail. Some are physically or cognitively disabled. Many are poor. Shield Healthcare knows that when it screws up, those customers can’t create much of a stink — but I can.

Nelly’s problem may have been a small one, but it revealed something rotten at Shield’s core. Customer service should mean more than lip service. Shield must stop taking advantage of the vulnerable customers it holds hostage. Nickels and dimes matter to them. So does respect.

Shield Healthcare did not respond to multiple requests to provide input for this column.