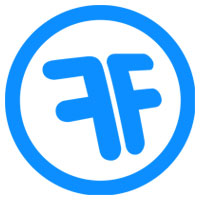 Nielsen takes the helm from FinancialForce founder Jeremy Roche, who remains a major shareholder in the company. He will stay on as special advisor to the management team and work with FinancialForce investor Unit4 in an executive position. Roche’s home base is in the UK.

Salesforce is another investor in FinancialForce, which builds its applications on the Salesforce platform.

FinancialForce last year raised US$110 million in a fresh round of funding.

The company has “reached the critical $100 million revenue run rate marks, and we want to aggressively grow to reach the next stage,” said FinancialForce spokesperson Sandy Lo. 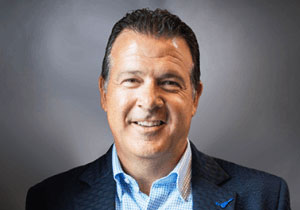 “With the combination of personal reasons — Jeremy has been bi-continental and it takes quite a toll — and the type of experience needed to now reach the billion-dollar mark, Jeremy and the board have made this decision,” Lo told CRM Buyer.

“He should have no problem communicating FinancialForce’s value proposition with his background,” Lippincott told CRM Buyer.

In addition to Nielsen’s position at Salesforce, which he left last June, his background includes serving as CEO of Heroku, a Platform as a Service used for writing applications in the Ruby language. Salesforce completed the acquisition of Heroku for $212 million in cash back in 2011.

Nielsen previously served as COO at VMware, CEO at Borland, SVP of marketing and global sales support at Oracle, CMO at BEA Systems and VP of Microsoft’s Platform Group.

In a recent interview, Roche said that he wanted FinancialForce to become the next SAP or Oracle, and “that is absolutely still the goal,” Lo said.

In the near term, Nielsen’s goal is “to meet with customers, employees and partners to determine the best course of action,” Lo said.

Most ERP vendors that offer both on-premises and cloud deployments report that their cloud products are the fastest-growing, Lippincott noted.

The cloud ERP market will “continue to accelerate,” and FinancialForce “is well positioned to capitalize on this growth,” he said.

FinancialForce customers “find value in the fact that it operates on the Salesforce platform,” Lippincott remarked. “It was the differentiating factor for some.”

The FinancialForce customers he has spoken with “are very happy and are getting good value from the solution,” Lippincott said. However, the company’s exclusive focus on the Salesforce platform could be its Achilles’ heel.

That close tie-in “puts limits on what customers FinancialForce can reasonably go after,” Lippincott pointed out. “If the prospect isn’t a Salesforce CRM customer, FinancialForce is probably better served not pursuing the deal.”

Still, FinancialForce is just one of several companies offering ERP apps on the Salesforce platform, Lippincott noted, and it “can’t rest on its laurels.”