About a year ago, I heard a great story on National Public Radio’s “Marketplace” that illustrated the concepts of sunk costs and opportunity costs using baseball players as a sample group.

While fans marvel at the enormous contracts paid to star players,there are thousands of younger players who toil away in the minor leagues for verylow salaries; if you add the numbers up, it is clear that for the average player,quitting is more lucrative than chasing a dream.

That’s because playing minor league ball imposes an opportunity cost on youngathletes — the time they’d otherwise spend gaining an education or buildingthe foundation for a career is pushed into the future, placing the non-stars at adisadvantage when compared to their non-athletic peers.

In fact, “if you take two people who grew up in the samecircumstances — let’s say one played baseball and one didn’t — the person who playsbaseball is making about 40 percent less on average 10 years after they enter thegame than the person who decides not to play baseball and who just wanted aregular career,” noted Columbia University’s Sudhir Venkatesh.

The sunk cost is the effort put into becoming a good baseball player — the effortand expense involved in playing the game. The opportunity cost represents the lossof time that could have been spent doing something different — like establishing acareer or finishing a college degree program.

So why am I talking about these ideas in relation to CRM? Well, the emotionalmechanics that drive ballplayers to stick to a losing career path are the same onesthat help businesses both miss the opportunities in CRM and perpetuate losing CRMstrategies.

Missed opportunities are easy to spot. The one that seems most obvious is thatof the sales-focused organization that never completes the circle and fails to tiecustomer support into the CRM process.

This type of company keeps its eyes on oneaspect of the prize — customer acquisition — and it sees that aspect in isolationfrom the rest of the potential that a complete customer view can offer. This myopiaends up derailing it later on, as customer retention becomes a problem.

By thatpoint, straightening things out has become harder as processes are in place androles within the company must be redefined. The opportunity cost: lost customers,but also lost time as customer support is retrofitted to the CRM strategy.

Other opportunity costs are incurred as businesses blindly proceed without fullyunderstanding what information they should be collecting and considering abouttheir customers. Capitalizing on a newly discovered and formerly overlookednugget of customer information can be lucrative, but it would have been morelucrative had it been discovered earlier.

Similarly, if the business has been collectingdata it now realizes is useless, this represents wasted extra work and a missedchance to collect data that is truly important and useful.

As galling as opportunity costs are, though, sunk costs and their effects on behaviorare far more damaging. In the case of baseball players, their years of devotion tothe game keep them from being able to quit when it becomes clear that they’re notgoing to the Major Leagues. After all, who would want to admit that they’d devotedtheir entire young adulthood to a failed dream?

With that in mind, it’s easy to seewhy someone would stick with the game rather than make the wrenching decisionto go in another direction.

This same emotional phenomenon keeps businesses from making similar honestdecisions. Early in the CRM selection process, it’s critical for businesses to gaina brutally honest and thoroughly candid understanding of which processes workand which do not.

However, if your part of the business and the processesyou’ve developed are suddenly revealed to be the weak spots in the organization,the natural tendency is to become defensive. After all, admitting failure’s not goodfor your career. However, failing for a longer period of time is a lot worse for yourcareer — so suck it up, Sparky.

Even after CRM’s in place, you can spot this sunk-cost thinking. How manyorganizations are running a CRM application that’s two or three generations behindthe times, patching and plugging shortcomings with jury-rigged customizations,because the decision makers who could put the old system out to pasture are fixatedon the original expenses of acquiring and deploying the system, rather than the dailypunishment the failing system is inflicting on the bottom line and on the people whoare forced to use it?

While gut reactions have their place, they’re not always the best factors in makingdecisions of process, deployment and replacement when it comes to CRM. If youcan remain conscious of the emotional reactions that aspects of CRM planning anddeployment cause, it’s much more likely that you can make choices based on what’sreally best for your customers and your company. 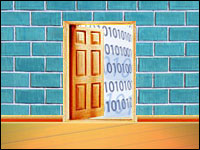 5 Signs Your Small Biz Is Ready for CRM