Are You Gish-Galloping Your Business Toward Disruption? 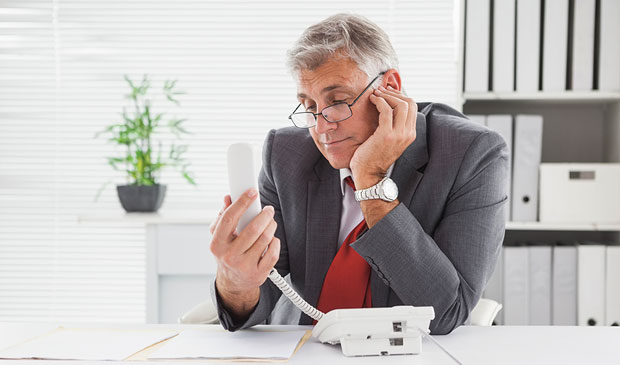 Recent events have resulted in many people learning about a long-understood rhetorical tactic called “Gish galloping.” Named after creationist Duane Gish, it is the technique of confronting an opponent with a rapid-fire series of arguments — including half-truths, misrepresentations and outright lies.

Confronted with such a BS barrage, the opponent may try to refute each assertion, which is a losing proposition. In a debate format there isn’t sufficient time to rebut all the points in a traditional manner.

When the tactic is used in real life — let’s say, in presidential politics — the rebuttals are longer than the original specious statements. They require more effort to research and construct, and eventually exhaust both the rebutter and the audience.

This is not a tactic for ethical people. It’s insulting, dishonest and disrespectful of the audience.

Unfortunately, many companies unwittingly practice it on their customers.

A friend of mine experienced this with her cable company. Surprised by a rate hike, she called to understand the reason and was confronted with an ever-changing array of “promotional offers,” rule changes, and attempts to upsell her bundled services.

When she’d call back for more information, all the data from the previous call would have changed, leaving her unable to make an informed decision. Even an attempt to get the attention of the provider via social media failed.

Eventually she gave up. Without good options or good information, she relented and renewed her service at the higher rate.

My own experience with health insurance companies reflects the same behavior. Often they create processes so complex that even providers can’t understand them, and patients end up untangling mistakes or running into bizarre roadblocks.

My personal highlight was a huge anesthesiologist’s bill for an emergency surgery because the anesthesiologist was out of network (not that I could have shopped around). Upon investigating the charge, I found there were no in-network anesthesiologists in a five-county area.

When I pointed this out, the insurance company relented and said it would “make an exception” in this case. When comparing notes, I found that every patient who pushed back won an “exception,” but the insurance company didn’t extend that courtesy to the thousands of others who never called because they were confused by the process, lacked the time to pursue a solution, or simply became too frustrated to continue.

Bring On the Competition

Marketers need to take advantage of the attention economy, as I’ve been saying for years.

Corporate Gish galloping is the dark side of the attention economy: People simply don’t have time to unravel the tangle of obstacles to understanding that businesses create, intentionally or not.

At some point — especially when there are few competitors or when switching is hard to do — customers give up, cut their losses and either pay more or put up with getting less, because they can’t afford to trade any more of their attention for a satisfactory resolution of their issues.

However, every Gish galloper is one competitor away from catastrophe. The experiences these companies create are so atrocious that a new competitor that makes the process even slightly easier can steal significant business away.

If your business is Gish-galloping over your customers — due to nefarious intent or because of simple inattention to the customer experience — you are volunteering for disruption.

The good news is that if there’s a will to fix the problem, it can be made to go away rather quickly. Look at social media — your customers are your first alarm system. (Denis Pombriant’s ingenious approach, searching the Web for your business’ name plus the word “sucks,” works really well at uncovering broken processes.)

Next, call your own operation and see, hear and feel what customers experience. If you, as a person with a working knowledge of your business, become befuddled or frustrated, imagine the fury felt by someone who’s paying for the experience.

The first step in creating great customer relationships is to make it easy to do business with your business — not just at the point of the first purchase but over many years. Examining how your business treats your customers during the interactions they need to have with you will expose what you need to fix and should unveil complications you need to avoid in the future.

It also will show that you value your customers’ time and attention — and they’ll give you more opportunities to earn their business in the future.

The opinions expressed in this article are those of the author and do not necessarily reflect the views of ECT News Network.
SUBSCRIBE TO THE ECT NEWS WEEKLY NEWSLETTER »

Chris Bucholtz has been an ECT News Network columnist since 2009. His focus is on CRM and other topics surrounding buyer-seller relationships. He is director of content marketing for NewVoiceMedia, and a speaker, writer and consultant. He also has written four books on World War II aviation.Email Chris.