CRM is a complex thing. It involves understanding your customers and your own business — two difficult things to fully grasp under any circumstances — and then using technology to convert that understanding into a positive impact on your business.

Customers, and to a lesser extent your business, are always changing, which makes the juggling of people, processes and technology an ongoing and always complex exercise.

When you sell through the channel, that complexity increases exponentially. While the channel’s an important way to expand your reach into the market, managing these relationships is a task fraught with possible pitfalls. It’s a form of customer relationship, but it’s much more complicated than managing relationships with your end-user customers.

For example, your partners may live in fear that you may suddenly shift to a direct sales model and thus keep some important information close to the vest. At the same time, they want you to provide leads, conduct marketing and offer service to the end-user customers in some cases, so there is a need for visibility into the partner’s sales.

You also need to manage lead distribution, marketing campaigns, inventory access and other factors that never enter into a direct sales CRM model.

Yet many companies still address the channel relationship without using partner relationship management (PRM) concepts. PRM is a lot like CRM in many ways; it tends to be considered only when there is sufficient pain caused by lost opportunities, and companies still view the technology as a panacea — when in reality, the technology backs up a set of processes and people, just as in CRM.

Thus, channel management for many organizations is still done in a manual, semi-offline way. Others try to jam channel management into CRM solutions without taking advantage of their PRM components. Both approaches are ultimately doomed to failure.

Plenty of vendors play in the PRM space; it’s a component or an add-on in many CRM solutions, and there are vendors like RelayWare, Treehouse Interactive and Channeltivity that make specialized PRM products. However, very few companies have approached PRM as part of an overall strategy for their business; in most cases, says RelayWare CEO Mike Morgan, the decision to implement PRM comes in response to a specific problem.

Just as with CRM, the implementation of a PRM solution should be made in stages, starting with critical problems, Morgan says. Tackling the pressing problem first gets instant value from the solution and helps sell your staff on the solution, making it easier to implement other components later.

It also gives you an opportunity to bring your partners along as you implement PRM and ease them into your new system rather than dropping an entire new management system on them all at once.

Integration with CRM, marketing and ERP is critical to fully harness PRM’s power, but unfortunately, few companies consider PRM when formulating their overall strategy, Morgan says. The channel is still seen as something that the sales department manages; as a result, it’s often excluded when businesses do strategic planning around their critical software systems.

Whether a company expands its use of its PRM solution depends entirely on the wisdom of the executive team. If the channel is a major part of the sales mix, it’s just as important as CRM, and it needs to be thought through just as carefully. 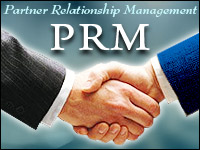 PRM: Ready to Break Out