Following years of development, Xactly has made Xactly Insights generally available. The product compiles the compensation data of all the companies that use Xactly’s products, aggregates and anonymizes that data, and then gives users access to it. Participating companies opt in, fully aware of how their data is being used.

The end result is a searchable database of compensation information across a wide range of companies, both public and private, in a variety of industries. The data can be sliced and diced, and then benchmarked. 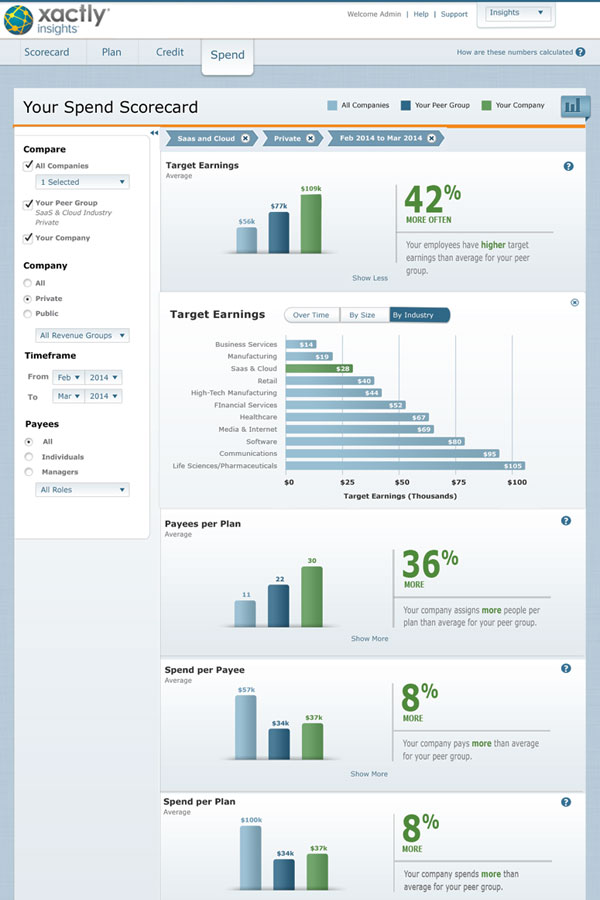 The types of employees and teams included in the system run the gamut from account executives to sales and marketing reps.

“What we wanted to accomplish was a tool that would let our customers see how they stack up against other companies in terms of their compensation structures and practices,” Desta Buchowski, Xactly vice president of product management, told CRM Buyer.

There are innumerable ways the data can be searched and displayed, said Nichole Giamona, senior product manager of insights and benchmarking for Xactly.

“Because we are a multitenant SaaS company, companies are logging into the same environment, which makes displaying the data almost real time,” she told CRM Buyer.

There is data specific to compensation plans and their design and management. There are crediting details and average credit amounts. Data is available on team mix, on dollars spent for compensation plans, on the metrics around certain targets, on variable earnings and so on.

There are filters so companies can look at, say, only public companies and sort them by revenue.

There are also time-based filters, as the data goes back four years.

“Users can get very granular in terms of job titles as well,” Giamona said.

The data is updated monthly — a typical pay cycle — which allows users to keep on top of trends. This is important, Buchowski said, “because fast-moving companies will change their compensation structures and plans very frequently.”

When the data a user has searched for is assembled, the system displays it in chart or graph format, and it benchmarks the user’s company against the data.

“So it would show, for example, that that company’s compensation plan is 50 percent lower than the chosen peer group,” said Buchowski.

Most of Xactly’s users are participating in the system, and many of those that initially opted out have changed their minds, Buchowski said.

One reason for that is Xactly allowed them to see their own data displayed on the system, but no one else’s. That gave them a sense of how valuable the system could be.

Also, companies run their contracts through their legal departments, which tend to be conservative, she pointed out.

A number of those companies quickly adjusted their contracts when they saw what the system could do and when they were given an overview of its security, Buchowski noted. “That is a concern, of course, but we have very strong safeguards and controls in place.”

This initial rollout is focusing specifically on corporate strategy; however, Xactly has a larger vision in mind for Insights.

“We would like to see this data accessible for any type of person. Our ultimate goal is to inspire performance,” Giamona said, and making benchmarked industry data is one way to do that.

In the shorter term — that is, within the next year or so — Xactly will be working on additional metrics and introducing best practices and predictive modeling. 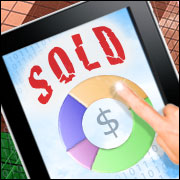 What’s the Future of Selling?