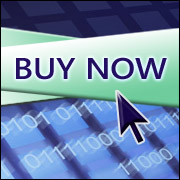 Wireless customers are generally much happier with the quality of service they receive from providers via the companies’ self-service websites than through other outlets, a new survey from J.D. Power reveals. In addition, they’re happiest with AT&T among service providers, the study found.

Overall, J.D. Power found that satisfaction among full-service customers regarding their sales transaction is 795 on a 1,000-point scale — a 31-point increase from the last report issued in February 2013. Satisfaction among noncontract customers is 789, up 34 points in just six months. That level is the highest since 2012.

One notable observation was the level of tech investment that the carriers have made in their websites, Kirk Parsons, J.D. Power’s senior director of the telecom services practice, told CRM Buyer. “For example, the chat feature has become very prevalent, but there have been a lot of tech innovations that have happened in the last year or so that carriers have embraced.

“We are finding that carriers are more proactive in getting feedback from customers, particularly on their websites,” he added.

That makes sense, Parsons pointed out: “Carriers want to see their customers use their online self-service options because it is a lot more cost-effective for them.”

It also helps that, over the years, customers have become more comfortable with online self-service technology. “Now most customers that go online to conduct a transaction do not have a problem dealing with an agent who talks with them over a chat line,” Parsons said.

AT&T Moves to the Top

The report also noted the strides AT&T has made in customer service.

For the first time since the study launched, in fact, AT&T ranked highest in overall customer purchase experience satisfaction among tier-one, full-service wireless carriers, with a score of 798. Verizon Wireless followed at 794 and Sprint at 793.

Boost Mobile ranked highest in satisfaction among non-contract service carriers for the second consecutive reporting period with its score of 804 — higher, in fact, than AT&T’s in the full-service category..