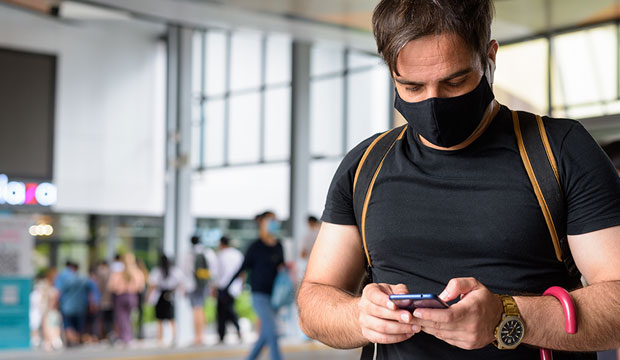 I saw a report the other day about the future of commerce that made me smile.

It was unambiguously positive of the future of digital commerce and did its best to nail the brick-and-mortar coffin. The change had already occurred, it’s time to mop up, the report implied.

I had just been to the local mall for a repair at the Apple store and what struck me there was the sight of shuttered big-name stores that had gone out of business.

Certainly, the pandemic has caused some upheavals in American business and — it’s true that the record of progress in economics is littered with creative destruction. But the absolutist prognostications about the future of digital commerce taking over the world made me think “here we go again.” Trees don’t grow to the moon, retrenchment is common.

There is no doubt that digital commerce has played an essential role in getting us through the crisis. Taking deliveries at home has become much more preferable to risking contact in a crowded mall. Still, to think or say that the pendulum has swung completely in the opposite direction is, at least slightly, delusional.

I don’t know if there is another cost-effective way to get my Mac fixed other than to take it in once tech support has done its best and come up with nothing. Hence the visit to the mall. How many other processes run along these lines?

Also, the problems with malls predate the pandemoclypse. For starters, in my humble opinion, they are at least overcrowded, hard to get into and out of, and carry an increasingly useless and overpriced array of marginally attractive or high calorie things. But that’s just me.

Malls also serve as the latter-day town square: a place to meet, to socialize, and in some ways bond or keep up with pop culture. They are the descendants of medieval fairs and middle eastern bazaars. But cars are the direct descendants of the horse and buggy so, I wouldn’t say that a change from physical to all-digital commerce isn’t possible. My objection is to the certainty of the rapidity of the shift.

Typically, even in big shifts we would see a regrouping and reassertion of the old paradigm before it succumbs, and recovery is a distinct possibility. I think we have to wait and see what the post-Covid world looks like.

Already we’re seeing big companies like Google mandating a return to the office — with some modifications — and I expect we’ll see more hybrid arrangements in retail. The mall might not go away, but its importance might shrink the same way radio and TV shrank in the face of newer technologies.

The radio niche is still with us though we rarely hear radio shows anymore. That task was taken over by TV and since the debut of streaming, we might watch the same box but what gets delivered to it and how, is vastly different.

So, I am looking for a hybrid commerce experience to evolve and it’s one that CRM most certainly will have a prominent role in. But what does this mean for the typical company selling in the B2C or increasingly the B2B space?

It’s reasonable to expect they’ll have a need for new or revamped commerce solutions, but how should they prepare? I think there are three options, two are not very good.

It’s good that you see the many changes that have happened in business and society the last year. Now you need some confirmation that change is here to stay. The idea of doing your own analysis is never a bad one.

Start with your customers.

Are they in love with buying online or do they see it as a necessary but less than ideal thing? What does a good buying experience look like to them?

Chances are they’ll tell you that online is fine for a variety of things but that sometimes they need to inspect the goods in person. Or, they might say they don’t need a traditional salesperson so much as they need a trusted advisor.

Whatever the feedback, getting to the best answer might require more of a skill we’ve all developed over the last year — waiting.