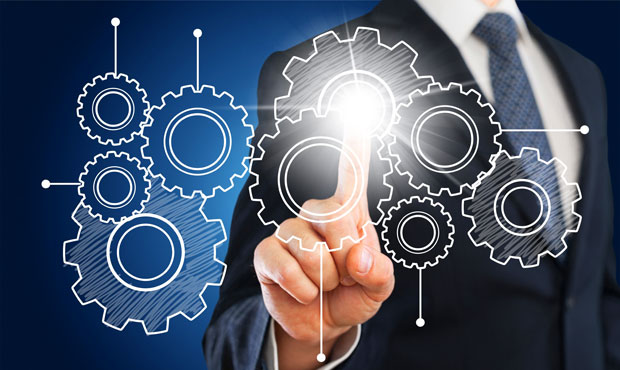 It is often said that only a poor workman blames his tools and only an inferior vendor blames the customer for their troubles with a product. But there’s been a rolling mishap in CRM that I’ve been watching for 20 years. As someone who had another career selling and marketing technology products, I feel qualified to make some counterintuitive observations about CRM.

To be sure, CRM has been a boon to the businesses that use it right. My own pre-CRM experience of trying to keep deals and opportunities straight or trying to find and market to interested customers, informs my estimate of the bad old days. It also demonstrates how much can be accomplished when CRM is done well.

But too many user organizations just don’t seem to be adopting CRM to the degree they need to be successful — even after more than two decades of trying. I’ve made this point before, but it’s true, and the research I’ve been doing points directly at adoption as a significant drag on success.

One project we did for Oracle is especially telling. We found that people would rather do many other things — even clean the bathroom — than update their CRM systems and Forbes had a field day with it.

As I’ve pointed out, this has been going on for years. Where some businesses invest in CRM, learn its ways and adopt them, many others pick up a few apps with little thought to adapting to the technology. The results have been hidden for a long time in part because, as my other studies also showed, people, employees, are good at filling in the blanks. For instance, they have as many as eight screens and windows open at any time to integrate data on the fly that stubbornly remains in silos.

But here’s the thing. Business is now too busy, big, and complex to keep bits and pieces of it in your head or on post-it notes. Most importantly, the kind of thought that goes into facing customers is perceptibly changing. The change is nothing less than a turn from deductive reasoning to inductive reasoning. The last time something like this happened Western Civilization emerged from the Middle Ages and into the Enlightenment.

Now I am not suggesting anything as dramatic as that is happening in our time, and to be sure we may need to wait a few hundred years to know for sure. The crux of the issue is how we find and handle information.

Compiling a sales forecast is an example of deductive reasoning. We make sales calls, keep notes and hopefully add them to our CRM systems from which we derive forecasts. That’s all deductive reasoning and is the source of many leaders’ frustration with CRM because the forecasts are, meh. Despite all of our attempts, people may not report all the facts, or they may garble them into the forecast. How medieval.

Analytics and machine learning are the foundation of inductive reasoning in CRM (and in the Enlightenment); they enable us to tease information from data that we may not even know lurks in it. But inductive reasoning has a couple of drawbacks common to modern thinking in general that have to be kept in mind and under control.

Inductive reasoning only results in probabilities suggesting what will happen in the future. Whether a customer will actually do the deal can’t be fully known until after the fact. Deductive reasoning, done properly, gives us certainty though it can be wrong. If a customer says they’re committed to a purchase, we tend to report it in the forecast and if the customer backs out, well, we were right except for that one thing.

Analytics and machine learning might look at the same data and identify inconsistencies with prior deals — like the fact that the sales rep forgot to verify that a budget exists for the purchase. That’s why inductive reasoning might be better at telling us that we will/won’t make the forecast than telling us which deals will be sure to come in.

If you are a deductive reasoner, you’re likely to be one who trusts gut instinct. The CRM corollary is that you buy and use record keeping systems, and unfortunately, many of them aren’t connected. The eight screens our survey panel noted (n=510 btw) are symptomatic of this phenomenon. We buy SFA and CPQ but ignore the importance of integrating them, for example.

We used to just assume that the customer-facing employees would bring the data together in a quote — and they can — our survey shows this. But then something funky and unplanned happened. The gut instinct school began losing to the inductive reasoning school because the latter had a far easier time of generating quotes and proposals, among other things. Customer-facing employees had an easier time doing their jobs and were able to do more in a day.

Too many of our survey population reported working during personal time and starting the day just after getting out of bed or while in the bathroom.

Inductive reasoning is still in the minority of CRM ideas. By my estimate, only about 25 percent of businesses are using CRM correctly, but they are getting more than their share of deals. All of the talk about inductive and deductive reasoning and gut instinct won’t likely move the needle. What’s missing today from more successful CRM is technology, of course, but also a culture change in many businesses.

A culture of continuous improvement in the front office backed up by management teams willing to invest in it through employee time and training tools may be the next big idea for CRM.

We have a heck of a lot of CRM technology that’s underutilized or used incorrectly simply because we don’t have enough people trained up. It’s no one’s fault precisely, things like this sneak up on you. But once a business with a culture of continuous improvement sees this, there’s only one thing to do.