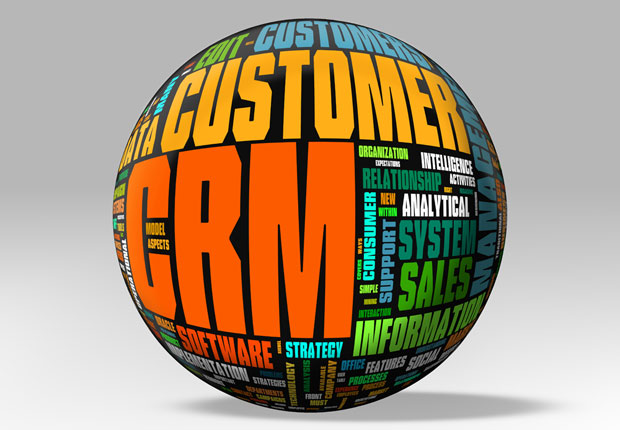 I think CRM is trending in the direction of oligopoly. That might not be bad, but it also signals market maturity. I also think the IT industry generally is moving toward becoming a utility — an information utility. Utilities form when a monopoly or oligopoly gains enough market power to dominate a market and set artificially high prices to the detriment of consumers.

The ultimate regulated monopoly was the phone company prior to the court-ordered breakup in the mid-1980s. That decision opened the floodgates to innovation — in products, services and business models — that had been held back by what was a regulated monopoly. This article explores where CRM is on the continuum ending in monopoly.

Is CRM a good business to be in? It’s a question rarely asked, and I don’t actually know if I’ve ever seen an answer or even if I’ve personally considered it.

A “good business,” by my definition, has to be one that makes money and does some social good. Cigarettes make money but their social good is highly suspect. Many organizations that do some kind of social good might be characterized as nonprofits. Social good, or making a positive contribution to society, makes sense as a differentiator. Car tires fit that definition in ways that cigarettes can’t.

In addition to making money and providing a social good, as a technical point, I’d say that a CRM business ought to be in business on its own and not as a part of some larger entity. Lots of software companies have a CRM component though their roots are elsewhere.

The reason is simple. A business owned by a larger organization could lose money but that might not matter if, for instance, the overall organization turned a profit. For instance, a few years ago Oracle bought Sun Microsystems for about US$7.4 billion. I don’t think Sun was making money at that point, and today it doesn’t matter. Sun provides a vital hardware component in Oracle’s drive to produce autonomous enterprise software.

So, a CRM business might be a loss leader — something that a company needs to sell to maintain its chops as an enterprise software vendor. This one-stop-shopping strategy might be designed to keep competition at bay. Again, using the Oracle-Sun example, Oracle can provide order-of-magnitude performance advantages using its hardware and software over competitors like IBM, which could supply hardware to run Oracle apps and databases, or Amazon, which competes in database.

For this purpose, when I refer to “CRM,” it’s CRM as an integrated, soup to nuts, 360-degree view of the customer solution set I’m thinking about. Lots of companies in the CRM space today offer a call center, help desk, analytics, sales, marketing or other single solutions.

However, unless they have superior integration capabilities, it’s difficult to make a case for some of them. More likely, the full-suite vendors provide the integration that underscores the question of how much better an independent vendor needs to be to compete.

I think you can tell a lot about a market’s health and age by the number of freestanding businesses it includes. Early in a market’s life there are numerous similar solutions competing for space. Twenty years ago, there were lots of independent companies.

Most offered one or two CRM elements, but that situation was unsustainable because customers found integrating disparate solutions way too hard. That resulted in a wave of consolidation; companies bought others by swapping stock, and some lost their shirts.

Before CRM, you could observe the same dynamic in the database industry, which shrank the number of competitors as the winners got bigger and bigger. Before that, minicomputers went through the same dynamic until there were none. Interestingly, the minicomputer makers all developed and maintained their own operating systems. Imagine the technical issues surrounding any integration.

So where are we now in CRM? Every category I’ve studied that was based on a disruptive innovation followed a typical path from a proliferation of similar solutions to a big industry controlled by a small number of successful vendors, an oligopoly. It’s much as Geoffrey Moore described it in Crossing the Chasm.

CRM has reached an oligopoly stage today. The oligopoly members — in my opinion (we can differ) — include Microsoft, Oracle, Salesforce, SAP, Sugar and Zoho. That’s big for an oligopoly, which Moore said might contain three vendors when mature, but it’s early yet.

Of these companies, half — Microsoft, Oracle and SAP — are multiline software vendors of front- and back-office apps with solutions that work both on-premises and in the cloud. They all have database businesses as well, and only Microsoft does not use Oracle database products.

It will take time, but it’s obvious that the world is moving to the cloud. The vendors want to wind down their on-premises business models, because the cloud is so much more efficient and potentially profitable. Also, it’s hard to run two very different business models profitably. For example, the financial community is impatiently waiting for Oracle to show better earnings numbers as it necessarily straddles two worlds.

The other half of the list — Salesforce, Sugar and Zoho — is exclusively in the cloud and oriented toward the front office. Salesforce has a huge partner program, AppExchange, that expands its reach to most application areas, including the back office, and it offers good networking and a platform that enables partners to build products to the same standards as the core CRM, making inter-application cooperation easy.

Sugar recently was bought by the private equity firm AKKR, which will enable it to invest in things the company couldn’t do sufficiently with available resources, especially marketing outreach. That’s vitally important, because while the company has been around a long time, it didn’t catch fire earlier for many reasons, including its original business model.

A mature market requires a lot of marketing spend, and this acquisition gives Sugar that opportunity. At the same time, the company needs to figure out its long-term niche. Its most likely approach going forward will be an acquisition as a branch of some larger vendor with some form of synergy, but there are few software vendors that don’t already have CRM. This leaves us to speculate about tangential markets, which also would require Sugar to declare its intentions.

Zoho is interesting because it is cloud-native and has thousands of lower-cost developers, primarily in India. The company initially focused on the SMB market and didn’t limit itself to the front office. Today it has about 50 apps aimed at all parts of a business, and it is moving up-market. It definitely is worth keeping an eye on, given its resources and direction.

Last there’s Salesforce. This company invented the cloud computing industry, and it continues to reinvent the space and itself. Rather than develop multiple apps, such as the back office, it invited others to build solutions. It developed a platform for partners to use, and the AppExchange to make it easy for customers to find and buy solutions.

Salesforce’s continuing success comes from constantly surveying the market looking for new trends. It currently is focused on opportunities that are not directly technology-oriented, including training and philanthropy. That sounds strange, but Salesforce is taking a long view.

The future CRM oligopoly could condense in several ways. Salesforce, Oracle, SAP and Microsoft could maintain their holds on their customer bases, while taking market share from the others and each other. That’s logical, and there’s a certain amount of that zero-sum back and forth going on right now, but it’s not a likely final outcome.

Sugar and Zoho could establish solid niches. Zoho has a global SMB business with ambitions to grow. Sugar, which has its annual user conference in Las Vegas beginning Tuesday, could articulate a strategy of its own to claim some undiscovered market niches. Time will tell.

Alternatively, many of the businesses in the Oracle, Microsoft and SAP orbits have legacy on-premises solutions that are more than a decade old. When those customers decide to rethink their software deployments, in all likelihood they will not just think about moving to the cloud. They’ll also consider which vendor offers the best solution and value today.

Salesforce could be a big beneficiary in this, given its cloud residency, platform, AppExchange, and history of working with large and small enterprises.

There’s also dark matter to consider. According to some keynotes at Dreamforce, the average enterprise customer has more than 1,100 cloud apps already running. Some amount of refactoring and simplification might be on the minds of customers as they move their primary computing to the cloud.

Beyond basic cloud computing, a good deal of the future competition will focus on things that are somewhat intangible, like ease of use. That’s not the old idea of an attractive and logical user interface. It is a more expanded concept that embraces the flexibility and adaptability that enable a business to chase smaller opportunities, because it quickly can reconfigure its operations, supported by applications.

By these criteria, it’s hard to rule any company in or out of a shrinking oligopoly, but you might begin attaching probabilities. In any event, the six vendors listed are worth watching. Every move they make from this point on will be much more important than those that got them here.