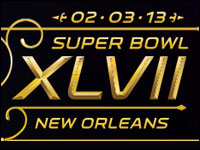 It has been a week since the Super Bowl, but its lessons for marketers are becoming increasingly clear. At the top of the list: The synergy between the mobile channel and the overall campaign is getting tighter.

Another lesson gleaned from this year’s big game, courtesy of the New Orleans’ Superdome’s short-lived blackout, is that old fashioned quick-witted thinking never goes out of style — and it can be amplified with a well-tuned mobile strategy.

The synergy between the mobile channel and the overall campaign is rooted in a larger trend called “second screening” or “screen jumping,” which refers to consumers’ use of mobile or tablet computers while watching TV. Marketers have learned to take advantage of that divided-attention opportunity by reinforcing marketing campaigns that run on television via mobile campaigns and vice versa.

“A Poynter poll showed that one-third of viewers under 40 used the Internet to follow the first presidential debate, and in general, more than 86 percent of smartphone and tablet users use their devices while watching TV, according to Nielsen,” he said. In short, “these are audiences that can no longer be ignored.”

Dedicated apps and responsive sites like NFL Mobile and CBS Sports offer excellent opportunities for advertisers to interact with engaged fans to encourage social sharing and click-through to their own in-game campaigns to sign up for sweepstakes or view extended content and out takes, Hogue pointed out.

Second screening is hardly new — it was factored into marketers’ calculations last year, although brands tended to view it with some hesitancy.

“2012 was all about experimentation,” Lars Albright, CEO and cofounder of SessionM, told CRM Buyer. “We saw a number of brands run ‘interactive ads,’ leveraging an array of interesting strategies.”

For example, many brands incorporated hashtags and URLS into their ads to further connect with consumers online, he noted. “Bud Light used #MakeItPlatinum, and Audi used #SoLongVampires as hashtags,” he said.

Brands that ran interactive ads were essentially testing the waters, according to Albright.

“This year, with a (US)$4 million price tag for each 30-second ad spot during the Super Bowl, there is little room for a miss,” he told CRM Buyer ahead of the game. “Brands will be expected to engage users on multiple screens, but the brands that do it well will be the ones who are ahead of the curve.”

Paramount, for example, would be launching an ad to promote its upcoming movie Star Trek into Darkness. “While the ad is playing, the app will use audio recognition to deliver app users exclusive movie-related content,” Albright said.

All of this, of course, would require much planning and foresight — not only with the technology but also with the messaging. The power outage, though, illustrated how important it is to have both infrastructure and people processes in place for mobile campaigns.

For instance, Oreo made marketing history after the lights went out with its tweet — “Power out? No problem. You can still dunk in the dark.” It was reportedly retweeted 10,000 times within the hour.

The company’s marketing arm scrambled to design, caption and approve the tweet within minutes — and it may have delivered a stronger ROI than the $4 million or so ad spots running during the game.