Tact Premium Goes With the Flow 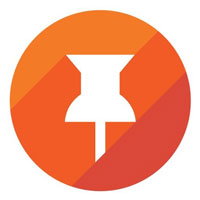 The company showed off the new version earlier this month during Salesforce.com’s annual Dreamforce show.

“The biggest challenge with CRM systems is that they do not follow how a typical sales person goes through his or her day. We have solved that problem,” he claimed.

The free mobile app, which launched earlier this year, is being used at more than 3,000 companies.

Built to work with Salesforce.com, Tact Premium essentially combines all of the tools a sales person uses every day — phone, email, calendar, CRM — on one screen. It runs on a sync platform, which means it can be used whether the person has wireless coverage at the moment or not.

“What we did was create an application that takes a personal approach to the business app and deliver that experience over an architecture based around syncing data so it can work offline,” Ganapathi said. “It is the best of all worlds for mobile technology and enterprise apps.”

A Day in the Life of Dave

To illustrate how the app integrates into a sales person’s day, Ganapathi took us through a day in the life of a hypothetical user named “Dave,” who like most sales people is out meeting with clients and prospective clients and has little time to spend in front of a computer. When he does, it usually is at odd times — like at 6 a.m. when Dave wakes up.

“Dave opens up his email first thing in the morning from his mobile device that is sitting on his nightstand, like a lot of business people,” Ganapathi said. “He doesn’t have to open up two applications though — Tact has an email tab on the screen which you can click on immediately. There is also a priority in-box where emails from clients and important contacts are flagged.”

So far, this is nothing special — but Tact’s secret sauce is its integration with Salesforce.com, which becomes apparent as Dave begins to go through the emails and respond.

“One is from a potential client who asks for demos and materials to be sent to him,” Ganapathi said. “What we do is match the email addresses of the sender to the contact in the Salesforce.com system, and Dave can see this is someone who is close to signing a contract.”

Dave then sends a quick email to the prospect saying the material will be sent that day.

He then sends a reminder to himself in his tasks folder — which is part of Tact’s email client — to make sure it happens.

“What would have taken Dave five minutes happens in 10 seconds and he is off to deal with the next email,” Ganapathi said.

Other tasks flow just as effortlessly for Dave. As noted in his calendar, he has an important meeting with clients at noon. Twenty minutes before the meeting, Tact Premium uses a push notification to send a copy of the agenda, prep materials for the meeting, and any other forms or notes he might need.

Dave stops to speak with another prospect after the meeting on a separate account. Not much progress is made, but he quickly jots down notes on the visit, which Tact then inserts into the Salesforce.com system in that particular client’s account file.

“Basically it is boom, boom, boom — here is what you need to get on with your day,” Ganapathi said.

The reason the app is catching on, in his view, is that the company deliberately designed it to mimic a sales rep’s communication workflow.

“We inverted the typical model and brought CRM into the communication workflow, not vice versa,” explained Ganapathi, “and we are calling its ‘salesflow.’ People intuitively get what we have accomplished.”