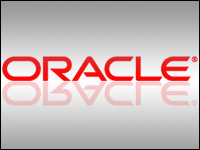 However, the underlying issue that the suit touched upon — how much support and maintenance a third-party software service provider can offer its clients without incurring the wrath of the original vendor — is still wide open.

Oracle appears to be taking an aggressive stance on this issue. Early this year, it filed a similar suit against another provider, Rimini Street, in the U.S. District Court in Nevada. In that complaint, it alleges that Rimini engaged in “massive theft of Oracle’s software and related support materials through an illegal business model.”

With the TomorrowNow case all but over, except for assessing the damages, the spotlight will turn to the allegations against Rimini.

TomorrowNow was formed several years ago by ex-PeopleSoft employees — including Seth Ravin, who is now the CEO of Rimini Street. The firm provided low-cost third-party support for PeopleSoft software, as well as for Siebel and JD Edwards software suites.

SAP acquired TomorrowNow in 2005. In 2007, Oracle filed suit against it, claiming that its employees posed as Oracle customers with active support agreements to log onto the company’s customer support website in order to download more than 10,000 Oracle software and technical support documents. These included program and software updates, bug fixes, patches, custom solutions, and instructional documents for the PeopleSoft and JD Edwards family of software products.

SAP shut the unit down a year later, after reviewing the subsidiary’s processes and Oracle’s claims. However, the two firms never settled, and the TomorrowNow suit is slated for trial on Nov. 1. In a pretrial brief, SAP has acknowledged liability for certain Oracle claims, but it maintains that Oracle’s contention that it is entitled to damages in the billions of dollars is incorrect.

Rather, SAP estimates that the true damages are closer to the tens of millions — and it will continue to battle for a ruling along those lines.

Oracle’s charges against Rimini follow a similar path. The company “typically logs on to Oracle’s password protected Technical Support websites using a customer credential, then downloads Software and Support Materials in excess of the customer’s authorization under its license agreement,” it says in its complaint.

Rimini uses automatic crawling tools to download Oracle materials “in intentional violation of Oracle’s Technical Support website Terms of Use” resulting in “massive downloading” that has even caused Oracle’s support databases to freeze up, according to the suit.

“The corrupt business model Ravin helped to create continues in full force at Rimini Street,” the complaint states. “Oracle brings this lawsuit to stop it once and for all.” Ravin left TomorrowNow after its sale to SAP in 2005.

How Oracle Views It

Oracle expended “countless millions of worker-hours to create the myriads of lines of code to handle the integration and maintenance of their software into a plethora of customer systems. These programs are corporate assets and protected by copyright and other laws,” said Van Dyke.

Whether or not that copying was actually “corporate theft on a grand scale” entitling Oracle to a billion dollars is the remaining question in the case, he said.

On the other side are companies that are becoming less and less tolerant of the maintenance agreements that they have been forced to acquire from the ISVs, said ThinkStrategies’ Jeff Kaplan. These agreements, which can average between 15 percent and 25 percent of the original cost of the license every year have long been a sore spot with customers.

Those costs, plus the plethora of Software as a Service offerings on the market now, “are leading a lot of companies to question whether this fundamental model even makes sense anymore,” Kaplan told CRM Buyer.

A lot of companies take the attitude “if it ain’t broke don’t fix it” with software upgrades, she said. Or they may have a longer view toward upgrades than every couple of years. These companies would be ripe from a tiered support offering from Oracle, Wettemann said — as well as from SAP — “but they are not interested in providing that level of service.”