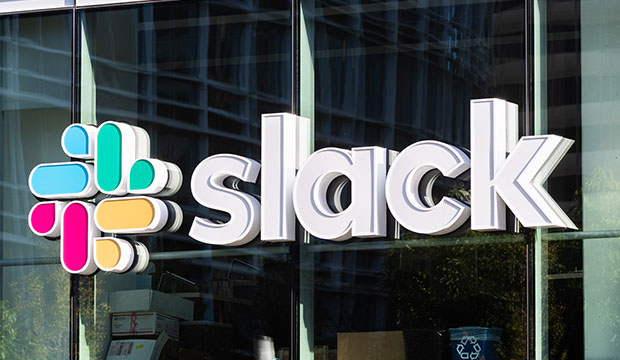 With the recent completion of the Slack acquisition, Salesforce can look forward to improving the quality of the customer-facing business processes that it supports with more and better collaboration.

There’s an important caveat here though. Salesforce has always been about process improvements that drive revenue and speed deals. Virtually every CRM vendor has a version of this riff.

But the presence of Slack may now highlight the reality that while vendors operate at the speed of technology, buyers conduct more staid and contemplative buying processes. The result is sales teams eager to close and buyers asking, “what’s the rush?”

While this has always been true, the speed mismatch between what vendors are capable of and how consumers typically operate has never been greater. Buyers weigh their needs and evaluate tradeoffs in real time, whereas vendors have already thought through their processes.

Continually this has been my critique of any vendor promising shorter sales cycles or faster close rates. Still, there’s reason to believe that deal process improvement is possible, and I think it will come in two forms.

First, better teamwork and communication over the years has resulted in fewer deals that fall through the cracks, so the Slacking of Salesforce continues this tradition. However, any organization’s results will be highly variable depending on how well they’ve absorbed earlier advances. Second, better communications enable better information exchange so that some deals lost to “no decision” might be recovered.

Decades ago, when I was in sales, all records were kept on legal pads and handwritten. Deal or prospect lists could easily go on for pages, but the deals anyone cared about were in the top half of the first page. The rest? You’d get to them if and when you had time, or some other deal fell through.

Customers understood that a sales call was an appointment to place an order and if they didn’t take advantage of having the salesperson’s attention, they’d have to start over with someone else or another brand.

It’s always been true that most sales processes end not in a ‘no’ — but in no decision. But that was largely because customers on the rest of the list gave up, or decided the cost was too high, or some other impediment arose — like not being able to get a piece of information. This was pre-internet — so the customer decided to make do.

Back then, sales reps who I knew and understood this drove Corvettes and Porsches; we’ve come a long way. Today that bit about buyer contemplation and different timing is real, but don’t forget about marketing’s influence here. Improvements in selling over the same years should also be attributed to better marketing technology that produces better qualified leads in the first place.

So, the Salesforce + Slack formula seems aimed at getting those deals that have always been on the bubble — and if you can convert some of them, it will raise your close percentages.

Since we’re talking about sales, an endeavor that can make any batting average look great by comparison, a few more deals is often a big thing. Just like in baseball, where a player can, over the course of a season, improve his batting average by legging out ground balls to beat the throw to first base and thus get more hits; getting a few more deals can be significant.

As I see it, the key to success will be discipline. Again, as in baseball, you don’t know when a fielding error might give you an extra step to reach first, so you have to leg out every grounder. Likewise, Salesforce and Slack together will be most effective if it’s baked into the sales organization’s process, and we should consider what that means.

I interviewed the sales leader at a company with about 150 sales reps and 23 district managers recently. He converted his company to a modern SFA system and convinced the organization that for the new system to be successful, everyone would have to use it, no exceptions.

Ten years ago, an organization in the midst of such a conversion would hope and pray for compliance; but non-conforming salespeople would not typically suffer any consequences.

This time was different, non-compliance would cost people their jobs and out of 150 reps, five were either terminated or left. This wasn’t as hard hearted as it sounds. The company guaranteed the reps their sales bonuses for one quarter to give them time to adjust. Some didn’t.

My point in all this is that the corporate environment has changed and non-compliance with CRM isn’t being tolerated as it once was.

However, there’s also a more enlightened management that uses carrots as well as sticks to get the conversion done. I think salespeople moving to a more collaborative sales process using data and insights from Salesforce plus collaboration from Slack, will be able to leg out their grounders and improve their close rates.

Additional deals will also come from just being first with the right offer and price for a prospect eager to buy and in a complex deal that will require collaboration. This requires a bigger discussion around other parts of the CRM suite like CPQ, and with that a minor re-think of the sales process. Why not? I think that’s the opportunity that Slack presents.