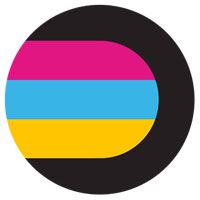 Optimove this week released a new version of its relationship marketing hub.

Optimove 6.0 lets users automate targeted marketing campaigns for new visitors as precisely as they can for current customers, the company said. It combines Web analytics with look-alike data, machine learning, and artificial intelligence from its retention ecosystem to make accurate predictions of future spend before customers make a purchase.

Based on those predictions, Optimove 6.0 segments visitors into micro-categories and indicates which campaigns are most likely to lead to conversions.

The aim is to capture more of the 98 percent of people who visit a website but do not make a purchase, the company said.

“Our own data shows that 94.3 percent of active website browsers do not purchase in the first five minutes of browsing,” said Ray Wang, principal analyst at Constellation Research.

“Improving relevancy through context via [artificial intelligence] is the only way to invoke engagement,” he told CRM Buyer. “Engagement is the factor that drives conversion rates or sales. The only metric that matters is conversion rate optimization.”

Optimove 6.0 reduces the conflict between the often-siloed customer acquisition and retention teams, whose approaches to lowering per-acquisition costs and keeping customers for the long term are often in opposition, according to the company.

That conflict leads to losses when teams move from one CRM application to another.

After integrating both lifecycle tools into a single CRM solution, marketers will see conversion sales increase by an average iof 25 percent, Optimove claimed.

Customer acquisition and retention teams “sit in different departments,” Wang noted. “In many cases, you multiply this by each channel — for example, Web team vs. contact center vs. mobile.”

Optimove 6.0 is limited in that it “is an approach to optimizing sales rather than a solution in and of itself,” said Michael Jude, research manager at Stratecast/Frost & Sullivan.

It “targets specific customers to specific marketing and sales approaches,” he told CRM Buyer. “All of that underlying sales collateral has to be produced, market tested and so on.”

Improving customer conversions by 25 percent may be too ambitious a goal, Constellation’s Wang suggested. “Improving conversion rates by 10 percent is good enough. Twenty-five percent is extraordinary.”

The global conversion rate of visitors to e-commerce websites worldwide was 2.48 percent in the first quarter of this year, according to Statista. That was down from 2.94 percent in the preceding quarter.

Conversion rates depend on many factors. A store selling high-end electronics won’t have the same conversion rate as one selling US$10 tee shirts. One with a loyal list of, say, 100,000 buyers will have a better conversion rate than one buying cold traffic off Facebook.

Conversion rates “are very situational,” Frost’s Jude observed. “I might be selling buggy whips, for example, and, if no one is really buying such things, the market might be saturated already.”

Among the factors impacting conversion rates, according to Invespro, are the following:

“The challenge for Optimove is how they will ultimately embed themselves in the business process,” Constellation’s Wang said. “You need to orchestrate the process in order to deliver better personalization.”

Optimove has done a good job with personalization, and machine learning is where it will differentiate itself from the competition, he suggested.

Ultimately, what will drive differentiation, Wang remarked, is not the algorithms “but the type of customers a business has.”