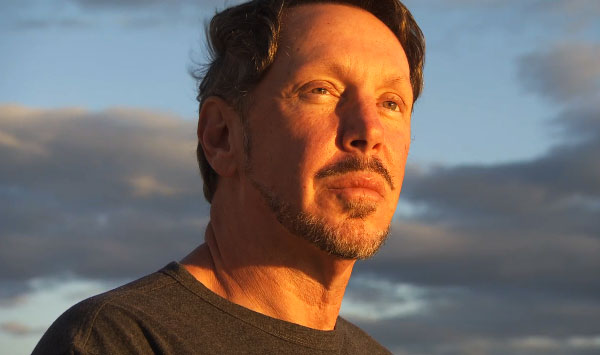 Oracle continues to be the big software vendor we love to hate. There are any number of reasons for this, starting with the brash prognostications of founding CEO and current CTO Larry Ellison.

He once skipped an address at his Oracle OpenWorld conference to attend to his America’s Cup racing team in its penultimate and successful race on San Francisco Bay to defend its holding of the prize.

Ellison also denigrated cloud computing in a famous talk at the Churchill Club before finally throwing in his lot and turning Oracle into a cloud software company.

It was mostly an act though, because Oracle’s relational database was already powering most of the cloud companies in the industry. Ellison was also a founding board member of a little cloud company called Salesforce, and the inspiration for another company, NetSuite, which Oracle eventually bought after a very successful run.

It’s Tough at the Top

Other Oracle stories are legendary too, such as the company’s sharp elbows and its penchant for lawsuits whenever it feels its patents are being abused. It has sued large companies like Google over patent infringements concerning Java libraries, and much smaller companies trying to make a buck selling cut-rate maintenance services.

It was even litigious over the award of the JEDI project in which the Pentagon chose a competitor for a multi-billion-dollar sole source cloud contract. Its batting average in court is pretty good too and for that they enjoy the opprobrium of the public in ways similar to the Yankees and Patriots.

This is just scratching the surface, there are many other stories that give people reason to cheer when the mice succeed in putting a bell on the cat.

The one thing that can’t be said about Oracle with any credibility is that they aren’t professional. They think through the three-dimensional chess game of the modern software industry as well as anyone, and although they don’t get it right every time, they’ve done so often enough to be the 800-pound multi-decade-old silverback in the Silicon Valley room.

Last week, another in a long line of incidents cropped up that will likely provide hours of conversations among my fellow analysts at trade conference watering holes, just as soon as such things are again common.

The Register, a UK website dedicated to publishing global online enterprise technology news, reviews and opinions, published a story about the end of life of ATG, better known today as Oracle Commerce. It is worth savoring that the publication’s tag line is “Biting the hand that feeds IT.” Get it?

Oracle 10 years ago bought e-commerce software supplier ATG and used it to plug a gap in its product line left open at a time when Ellison still believed that cloud computing was just a bunch of hot air.

Fast forward and Oracle has developed its own commerce engine, Oracle Commerce Cloud on its platform to eventually supersede the older product.

The Register story was about how Oracle was reducing its developer staff of about 400 people for the product. This was supposed to be a) a bad thing generally, and b) something vaguely underhanded brought to you by the company of Larry Ellison lore and legend.

Oracle has always been up front about its end of life plans for a whole host of products, and the company has over 2,000 SKU’s so that’s quite a project. But going back to the three-dimensional chess game, and with the help of a little search engine work, you can find all sorts of information about end of life for Oracle products.

Some, like Siebel are so important to both Oracle and its customers that the company has already extended its offer of premium support to 2030. That’s a long time for a product first built in the 1990s as an on-premise CRM system.

Information about end of life for ATG and other Oracle applications is available in Oracle’s Lifetime Support Policy.

As an analyst, I’ve been briefed on numerous occasions about product roadmaps from Oracle and many other cloud companies. It’s what they do to avoid negative surprises. The roadmap briefings are always given by a senior executive who can speak for the company and I have never been surprised by a change in plans that might negatively affect even one customer.

The Register’s story seems light on specifics, only quoting a “source” about an apparent layoff of developers. But unless you’re willfully misunderstanding things, during end of life, you should expect freeze on new product additions which would correspond with workforce reductions. This happens all the time, and while it’s no fun to lose a job, developers are highly marketable, and they’ll find new jobs even in this economy. I expect that no customers will be harmed in all of this.

Seems to me Oracle might be missing a move in the 3D chess game. It’s important to keep customers apprised of EOL decisions, but putting the information behind a wall yields problems with transparency.

I’d make some of the EOL information more easily accessible if I drew a big Oracle paycheck, which I do not. At the same time though, I’d also reiterate the company’s policy of continuing to offer support (sans upgrades) to customers who, for whatever reason, decline to move to the newer products.

This is a time-proven strategy with good names associated with it. For instance, IBM is still developing, making, and selling mainframe computers decades after their heyday because some customers simply still need them, and they are profitable.

But whatever Oracle’s next move might be, it will likely be discrete because their culture also holds a very important tenet close — never complain, never explain.