Microsoft is formalizing a trend that has been front and center in the CRM arena for years; the integrated suite approach to customer service is already a staple of most enterprise applications. Now, though, it has trickled down to the mid-market and even small business spaces.

Essentially, the focus of this strategy is better integration of Microsoft’s upcoming products, including its Windows Vista operating system, its 2007 Office product, Windows Mobile software, the next version of Microsoft Exchange Server, and such infrastructure offerings as Windows Server 2003 and SQL Server 2005.

Microsoft’s CRM applications will be more integrated as well; in this case, with its ERP and other productivity applications like Outlook.

“Companies such as Microsoft are realizing that by offering a streamlined approach toward CRM and ERP, businesses can operate in real-time and improve performance across all of their business functions,” he told CRM Buyer.

The integrated suite might well prove to be the one approach that finally allows vendors to crack open the mid-market CRM space — a subsector that has been tricky to navigate. “With the recent consolidation of the mid-market players, an integrated approach can better position vendors as a leader in this space,” Holtz noted.

At one time, it was dominated by pure plays Pivotal and Onyx, and to a lesser extent, Siebel’s now defunct mid-market application. Pivotal has since been acquired by CDC Software, which, according to analysts, has done little to expand it.

The Hong Kong-based firm tried to acquire Onyx earlier this year. Even though Onyx is still standing, it must compete against a number of large vendors, such as Oracle, which are moving downstream to target this space.

Then there are the smaller SMBs — such as FrontRange, the maker of GoldMine — that are moving upstream and hosted vendors such as Salesforce.com andNetSuite, which compete with the on-demand model. Microsoft, meanwhile, is clearly targeting the lower tier of the mid-market.

All of these companies face limitations when marketing to this niche. SAP, for example, is developing its mid-market strategy around the integrated suite approach. Its chief products in this space — its All-in-One suite and Business One application — account for one-third of SAP’s overall revenues, according to Rodney Seligmann, senior vice president and COO of SAP’s Territory Sales Organization. SAP wants to increase that level to 40 percent to 45 percent by 2010, he told CRM Buyer.

Positioning these applications in such a fragmented market has not always been easy, though. “We got a letter recently from a customer that said when it started to engage with us it did not at first appear as though we would be the right solution,” Seligmann said. “After engaging with us for four months, the customer said not only did it feel as though SAP was the best fit — it was the only fit.”

However, some customers may get confused by Oracle’s many offerings in the mid market space, he pointed out. “They might first think they want to compare us to Oracle Enterprise 11i. Then midway through the process, they decide JD Edward or PeopleSoft is the better fit.”

The move to an integrated suite by mid-market vendors, though, is due to much more than market economics and product positioning. SMBs themselves have been demanding such functionality for some time.

For instance, Zach Nelson, CEO of NetSuite, told CRM Buyer that SMBs have been steadily moving to this point for years, maximizing new tools as they come to market.

“Just because a company is small doesn’t mean that it is an uncomplicated operation. Increasingly, smaller companies are mimicking enterprise firms’ operations,” he noted, “maintaining, for example, separate contact center, separate warehousing and separate supplier relationships that must be integrated at the IT level.”

Here too, vendors have run with offers largely developed through resellers and other channel partners. For its part, Salesforce.com has taken the reseller verticalization concept and placed it on steroids with the rollout of AppExchange, a marketplace for on-demand products and services developed by third-party vendors associated with Salesforce.com.

Why CRM Just Keeps on Ticking

The Oracle Effect – Watch Out for CRM Sticker Shock 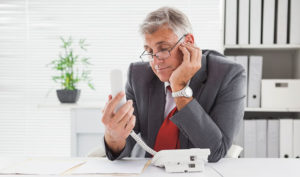