iBeacon: It’s Time for Mobile Marketers to See the Light 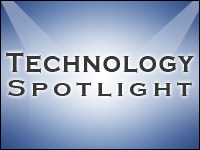 Never mind the Seattle Seahawks completely smoking the Broncos — Super Bowl XLVIII may go down in history as the turning point for iBeacon.

Apple’s iBeacon is an indoor positioning system based on Bluetooth Low Energy technology. Its proximity-detection capabilities enable it to send relevant information — including, most enticingly, targeted ads — to a mobile device.

Although Apple debuted iBeacon with the release of iOS 7 last June, it has largely been overlooked by marketers and retailers. That is changing, however. Apple has rolled it out in its own stores, Macy’s is trying it out in a pilot program, and American Eagle is giving it a try. Sure, these are national retailers, but they can’t provide a national platform for consumers to become acquainted with the technology.

Here’s where the Super Bowl comes in. The National Football League installed wireless transmitters in Times Square and MetLife Stadium that could send finely tuned messages to smartphones, The New York Times reported earlier this month.

It would be “the boldest test yet” for the nascent technology, the Times said.

Other major venues also will be implementing the technology. Major League Baseball, for example, will have beacons installed in some 20 stadiums, including Fenway Park in Boston and AT&T Park in San Francisco, for this year’s season, according to the Times.

iBeacon is well-suited for messages that are brief and to the point: Bathrooms that way, hotdogs over here. Once retailers and venues get a sense of how well it works, though — and how well consumers respond — the messages surely will focus more on ads and offers. Shopkick already offers geofenced marketing offers through its shopBeacon app, which is built on iBeacon.

Privacy advocates no doubt are dismayed by the increasing adoption of iBeacon — and for good reason. Marketers can make all kinds of inferences based on the stores an individual visits — where, when and possibly even with whom. Selling that data is then the next obvious step.

In addition to this hot topic — which retailers likely will have to address with their customers eventually — there are other customer-behavior issues that retailers will have to consider as targeted mobile marketing finally comes into its own.

If retailers intend to make an investment in this technology, they will need to have some data about what has proven to work and what has not. Some of that will surely filter out from the Super Bowl and MLB campaigns.

There are existing studies that provide some guidance about what works with consumers and what turns them off, however.

In a study about mobile display advertising, researchers from the University of Pittsburgh and INSEAD considered which product characteristics touted in a mobile campaign would be most effective in increasing a consumer’s favorable attitude toward the product. The team analyzed data from a field experiment covering 54 campaigns and involving 39,946 consumers.

Campaigns significantly increased consumers’ favorable attitudes and purchase intentions only when “they advertised products that were higher (versus lower) involvement and utilitarian (versus hedonic),” the researchers discovered.

“This finding is explained using established theories of information-processing and persuasion, and suggests that when MDAs work, they do so by triggering consumers to recall and process previously stored product information.”

Translation: Don’t use the mobile campaign to introduce a completely new product or service, and don’t use it for something that is completely out of context — that is, a luxury watch during a ballgame.

Another study, published in the Journal of Research in Interactive Marketing in 2012, investigated the different effects location-based mobile ads had on men and women in both work and leisure situations.

Like most things gender-related, the findings boiled down to “it depends.”

Men appeared to be more receptive to location-based ads than women, but in some circumstances women were more favorably disposed to the same mobile location-based ads based on the “specific location and task situations,” the study notes.

Translation: Don’t beam ads for mani/pedis to men at a baseball game. Do, however, send them to women when they are at the mall.

Although some of the researchers’ findings may seem obvious, many marketers have yet to master the basics of targeted-based advertising much less the nuances of mobile campaigns. If and when iBeacon does become a staple in mobile ad tech, they will have to get up to speed very quickly. Understanding gender differences may be a good — and easy — place to start.