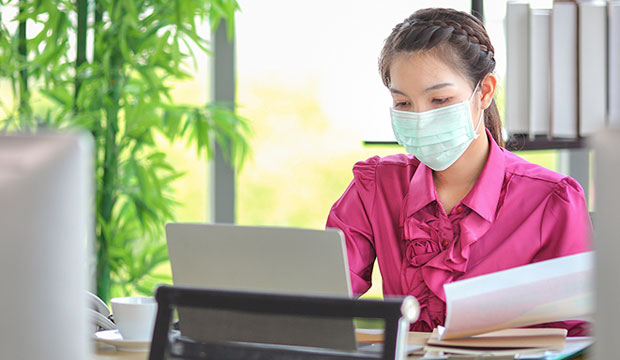 Various CRM vendors have been issuing interesting survey results from the pandemic that purport to show the “new normal” in full flower. Salesforce did so recently, and now Oracle is getting into the act.

While the data generated from these and many other surveys is interesting, and drives much discussion, the information content we intuit may not be everything it appears to be. This is a great example of the difference between data and information that goes through all of CRM. Do we believe the data? How much do we need to interpret?

Oracle surveyed 2,000 U.S. consumers and captured a snapshot that is both laudatory and sometimes not-so of the population.

In the romance department more than a quarter said they changed their status during Covid. The most common change was divorce or breakup at 19 percent. Now here’s where it gets interesting. Only 21 percent were able to make the dissolution in a face-to-face conversation; Midwesterners were most likely to do the deed in person (35 percent); while 21 percent of Southwesterners relied on ghosting and 19 percent of Northeasterners used Zoom.

From the Dr. Obvious department, we learn that 43 percent didn’t miss commuting; and the bureau of too much information reports that 30 percent said they didn’t miss getting dressed or professional grooming, while 14 percent said they had been partially naked on a work Zoom call. Let’s just attribute this to boredom. Please.

So we can agree that many things have changed, but the more important question is whether they’ve changed permanently or if they’ve simply been adjustments to the need to stay away from strangers. The answers will determine whether we should build massive new software systems to accommodate said change. Here a little common sense is a good guide.

For example, 51 percent said they developed a habit of ordering takeout for delivery; and 44 percent said they do curbside pickup, while 46 percent liked the idea of contactless or cashless payments. While 40 percent said they are planning to continue using new services in the future, a whopping 96 percent say they plan to revert to at least one previously restricted activity once the all-clear is given.

Summarizing the data, Nate Skinner, senior vice president, Oracle Advertising and Customer Experience (CX) said “We experienced several paradoxes over the last 13 plus months. We were lonely, yet more connected online. We were bored yet took on many new hobbies. We were isolated from in-person learning, yet still feel smarter.”

Me thinks it will only be when we have the choice again of eating in or taking out that we’ll discover what the new normal really is. Many of the newly developed habits — like baking sourdough — seem to have been outgrowths of having more time and being alone. A lot depends on what happens to the 43 percent who didn’t miss the commute to work.

So if you’re asking what software you should build for the near term, I’d suggest avoiding producing major new modules tailored to the way we’ve become in the last year. Consider things that can optimize business processes however they’re done.

One idea I saw with Knoa Software is capturing user metadata and analyzing it against best practices using AI. The results can easily show ROI — or the lack of it — and that information is available at any time in the software lifecycle. That’s a good example of analyzing the work anywhere/anytime idea that’s percolating. It works regardless of what’s considered normal.