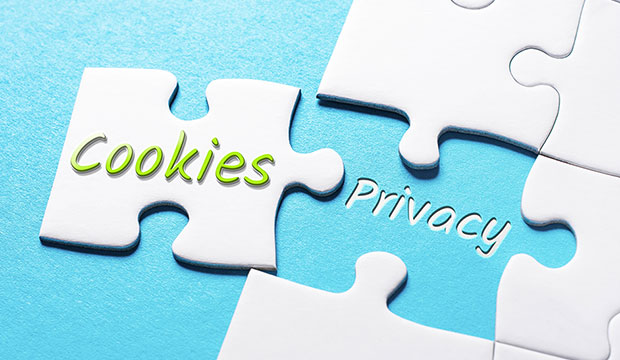 Google sent a shock wave through the advertising and publishing industries last year when it announced it planned to scrap third-party tracking cookies, which are an important tool for online marketers. Not to worry, the company announced Monday. It has a viable alternative in the wings.

“It might be hard to imagine how advertising on the Web could be relevant, and accurately measured, without third-party cookies,” Google’s Group Product Manager for User Trust and Privacy Chetna Bindra wrote in the company’s Ads & Commerce blog.

“When the Privacy Sandbox technology for interest-based advertising (FLoC) was first proposed last year, we started with the idea that groups of people with common interests could replace individual identifiers,” she continued. “Today, we’re releasing new data showing how this innovation can deliver results nearly as effective as cookie-based approaches.”

With FLoC, she wrote, advertisers can expect to see at least 95 percent of the conversions per dollar spent when compared to cookie-based advertising.

“The specific result depends on the strength of the clustering algorithm that FLoC uses and the type of audience being reached,” she explained.

Bindra added that FLoC will be available for public testing with the March release of Chrome and testing with Google Ads advertisers will begin in the second quarter.

“Essentially, a user’s web history is analyzed on their own computer to identify their interests,” he told TechNewsWorld. “Based on this information, Google Chrome would then ‘label’ the user with an anonymous identifier that is correlated with their interests.”

“From a marketing perspective, this is often considered ‘segmentation’ — or grouping the general population into groups of like-minded segments that are distinct yet homogeneous compared to other groups of individuals,” Crandall added.

While Google is touting the benefits of FLoC over tracking cookies, the move could have a large potential upside for the company.

“If you have the ability to target ads through Google services, and you don’t have that ability on the open Web because third-party cookies have been eliminated, why would you spend your money on the open Web? You’d spend it in the walled garden of Google,” said James Rosewell, director of Marketers for an Open Web, a coalition campaigning against Google’s attempts to control the open Web.

“By degrading the open Web, Google does nothing to help the open Web’s economic viability, but they further their own,” he told TechNewsWorld.

“The issue is people’s trust online,” he added. “None of us see how surrendering more personal information to Google makes anyone more private.”

“The largest fines for breaches of privacy laws have gone to Google so we’re not sure this is entirely about privacy,” he continued. “We think it’s being used as a veil to provide legitimacy to something that cements Google’s control of the Web.”

Google, as well as others, will benefit by the removal of tracking cookie data from the Web, which will create a pool of unidentified impressions online, noted Nicole Perrin, an analyst with eMarketer, a market research company in New York City.

“So if there’s this huge set of impressions where users aren’t identified, it will drive advertisers to spend in environments where there are identified, authenticated users,” she told TechNewsWorld. “It just so happens that Google is one of the biggest holders of authenticated information about users online.

“It won’t be the only one,” she added, “but it can be argued that companies that have a large, authenticated set of users will likely benefit from the disappearance of third-party cookies.”

Third-party tracking cookies have garnered a bad reputation because they’re seen as an invasion of consumer privacy. “People are not comfortable with retargeting,” explained Brendan Riordan-Butterworth, a technology consultant inBrooklyn, N.Y.

“If you look at a product in one place, and you start seeing it as you go around and around the Internet, it can be frustrating,” he told TechNewsWorld. “Maybe you aren’t interested in the product or maybe you already bought it. That can feel like an invasion of privacy because this merchant is reaching you in a context that you’re not comfortable with.”

Anne Hunter, vice president of product marketing at Disqo, an ad measurement and market research firm in Glendale, Calif. added that the cookies are sometimes dropped by companies that consumers do not have a direct relationship with, including companies a consumer may have never heard of.

“Eliminating third-party cookies was intended to ensure consumers know who is tracking their data,” she continued. “However, some of the new ad tech alternatives to cookies are even more invasive because they can not be blocked or deleted by consumers.”

Cookies, if not deleted, become persistent. “That means it’s possible to build up a picture of you over time,” Perrin said. “Consumers aren’t aware of that and haven’t consented to those dossiers built up like that.”

“We’ve seen tracking cookies disallowed by Firefox, Safari and Edge, so Chrome is the last major browser to follow suit,” she added.

With current attitudes toward tracking cookies, Google had to act, Riordan-Butterworth observed.

“This isn’t Google being visionary and wanting to shake things up,” he said. “It’s Google reacting to changes in attitudes and the legislative environment.”

“If Google decided not to block third party cookies,” he continued, “business would continue as usual, but that would put Google’s reputation and browser market share and a bunch of other things at risk.”