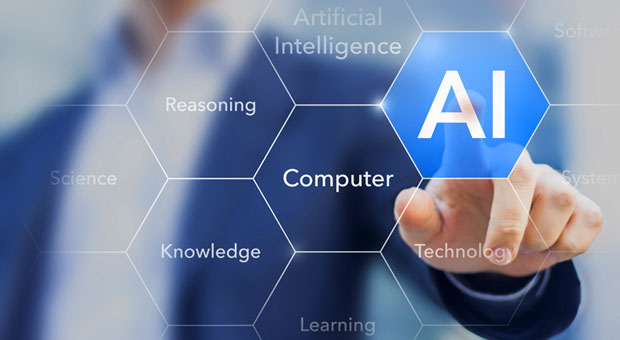 Salesforce isn’t waiting for Dreamforce to begin the drumbeat over its artificial intelligence offering which is — or will be — called “Einstein.” There is so much to discuss about this turn of events that it’s hard to begin, so rather than starting at a conventional jumping-off point I’ll start with the name.

You couldn’t have lived at any point in the 20th century and not have some idea of who Albert Einstein was. For most of that time he was regarded as special — a savant, one who could see things that no one else could.

I prefer to think of him as one of the first to build models of reality that he could test his ideas against. History is full of such people, most of whom did a one-off. Einstein systematized the approach — he had to, because he was a theoretical physicist.

Einstein may have come up with the “thought experiment” idea because his work centered on the very small and the very large — things that happened in nanoseconds, along with things that have taken up the 13 or so billion years of the universe’s life and will occupy billions more to come. They’re not things we can easily see or handle.

Theoretical physicists don’t set up experiments in a lab. They look for evidence in nature that they or others discover because the alternative is to build an impossibly expensive collider to smash nuclei together to simulate the Big Bang. They also do a lot of thinking, because imagination is the best modeling tool.

Perhaps Einstein’s greatest modeling effort was to imagine what it would be like to ride a beam of light. That simple idea led to understanding that the speed of light is the ultimate speed limit in the universe — and that if nothing can go faster, then all communication ultimately is limited by the speed of light. That includes time, or the perception of time.

Traveling at or very close to the speed of light causes time to slow down. Einstein figured out all of that through the use of a few equations and his mind. He was quite a modeler.

The End of Business as Usual

In this context, I think “Einstein” makes perfect sense for an AI product name, because it enables a business to model the salient points of its reality in dealing with customers, and it helps us to make logical deductions that we might have missed with prior brute force methods.

Salesforce’s Einstein brings together several types of AI/business intelligence/machine learning/deep learning/machine intelligence and whatever from prior acquisitions, including RelateIQ, Implisit, PredictionIO, Tempo and more.

Here is why I think this is significant: AI of this caliber significantly signals the end of transaction-oriented business and the conventional CRM that supported it. The better the model of your business, the more you can see into the processes you’re involved in — and, importantly, the less you’ll focus on any transaction, because transactions will be a foregone conclusion. You’ll focus on the process that leads to a transaction, which will help to ensure that a transaction takes place.

As a practical matter, this doesn’t mean you’ll suddenly have superstar sales people who nail every deal. However, having good AI might tell you when you’re wasting your time — when a deal isn’t going to be yours. Knowing that, you’ll redeploy resources with the confidence that you’ve made the right decision.

Don’t worry — this isn’t only about selling. It’s equally important for every aspect of your business. AI in service can tell you not only the next best action or offer, but also the likelihood the customer will be satisfied with the engagement, and therefore what else you need to do.

There are many opportunities for AI in marketing, but one that seems always to be neglected is the installed customer base.

Too many businesses assume that customers will come back for more. Many do, but others keep looking for better opportunities. Worse, businesses that do big deals with multiple tranches of purchases spelled out in agreements too often forget where they are in the life cycle, leaving money on the table.

There’s no easier way to make your numbers than to sell to existing customers, but for some reason, we neglect the low-hanging fruit. AI could be an effective agent for changing that situation.

I don’t know all of Salesforce’s plans for Einstein. Although the company is a client and briefs me from time to time, it’s a big kimono. With this early signal, I expect that Dreamforce 16 will have a distinctly AI flavor. The company has been signaling in that direction for a while, but it hasn’t made an announcement like this before. What will be surprising likely will be the many different applications of AI Salesforce will find, and its time line for their release.