One unifying attribute of this year’s CRM user group meetings has been the emphasis many vendors are placing on the so-called mid-market. In announcements that coincide with these meetings, Siebel, SAP and PeopleSoft have made efforts to announce products for this segment, and more announcements are expected as other user groups convene. But rather than clarifying vendors’ positions, this focus on the mid-market might cause problems for vendors and customers alike.

Conventional wisdom has it that the market life cycle follows a known pathway from early adopters, who have most of the money, to late adopters who come for last call, presumably because they have little compelling need for a given technology. The mid-market lives in a no-man’s-land in between, where most of the demand and potential profit for vendors lies.

But this view of the market is inconsistent and wrong.

For example, there’s inconsistency between the descriptors. In two cases — early and late — we hear a description of chronology within the life cycle, but in the middle we suddenly switch to a description of company size as the primary descriptor and presumably determinant of CRM spending.

In fact, data from Beagle Research Group shows mid-size companies — generally defined as those with revenues between US$50 million and $500 million — are buying all the time. These companies are well represented in the early and late adopter phases as well as in the middle of the life cycle.

What many refer to as the mid-market is really the mainstream, the large concentration of buyers that wait until a technology has proven its business worth before spending their relatively small budgets. Geoffrey Moore explained all of this in his landmark book, Crossing the Chasm, and we’ve been getting it wrong ever since. The mainstream is made up of a heterogeneous mixture of companies that, for various reasons, do not jump at the first sign of new technology.

Those reasons generally have to do with the challenges of being a mid-size company — the availability of resources, the competitive landscape in various markets, and the presence or absence of an executive champion who is willing to take a calculated risk to achieve a possible breakthrough in company performance. In other words, the CEO of a mid-size company does not wake up one morning and say, “I’ve got to get a CRM solution because it’s time for companies with revenues of $345,675,042.17 to buy.” Real life isn’t that simple. There are specific drivers that propel decisions, and they are rarely black and white.

The three drivers we have identified — resources, competition and champions — represent three continuums, and they can interact and combine in numerous ways to drive the same decision, which is why we see early adopters with revenues of $50 million in revenue as well those with $50 billion.

In the rush to serve the mid-size companies that want CRM, we find vendors doing any number of things to attract business. Fortunately, many of the new features vendors are proposing will not hurt, and some will be positive boons to smaller companies attempting to get down the CRM curve.

There are two basic trends of interest. The first is packaging services with software and providing a fixed-price guarantee for deployment. This tactic enables companies to avoid many of the potential problems with delays and overruns — two things that cost extra money these companies do not have and therefore drive the market for antacids.

The second approach, which is also valuable and intended to help lower deployment costs, is product verticalization, in which a vendor embeds a great deal of domain expertise into a CRM product to make that product ideal for a particular market. Vendors frequently refer to this domain expertise as “best practices.” Why reinvent the wheel, the argument goes? Just deploy our product, and you will have everything you need.

Of course, a problem can develop if too many of a market’s competitors start using the same software. If all the competitors use the same best practices, what’s left to compete on? This theory is probably oversimplified, but it is something to think about.

The thing I don’t hear many vendors talking about, and the thing that never seems to make it into a press release, is the idea of analyzing your business and planning your CRM deployment. These activities are not very sexy, and software vendors in general are loath to see customers stop and think (it lengthens the sales cycle), but in my research I have noted a strong direct correlation between planning and success.

What’s also interesting to me are anecdotal reports from CEOs of new companies that make customer-feedback applications. These CEOs say they routinely include more services with their offerings than the average to make sure implementations are successful. They also tell me that, shortly after deployment, there is usually a second deal that is bigger than the first — and it is no trouble getting the customer to agree to it because the customer is so pleased with the first results.

Recent efforts by CRM vendors to make their products more accessible and relevant and easier to use should be applauded, but giving a product a label like “mid-market” is not a guarantee of long-term success. For their part, buyers should be aware that their responsibilities do not end when they sign a check.

Denis Pombriant is former vice president and managing director of Aberdeen Group’s CRM practice and founder and managing principal of Beagle Research Group. In 2003, CRM Magazine named Pombriant one of the most influential executives in the CRM industry.
Get Permission to License or Reproduce this Article

State of the CRM Mid-Market

ServiceWare Express for the Mid-Market 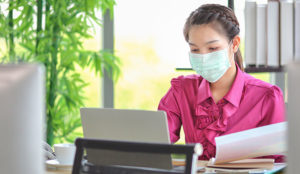 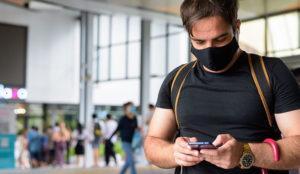