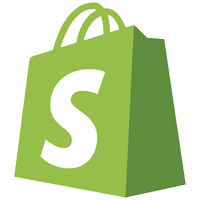 Shopify on Wednesday announced that it has agreed to purchaseKit CRM, whose Kit chatbot automatically sends out marketing text messages for online stores.

Kit last month released an API that lets it interact with other apps in the Shopify App Store.

Kit “will continue to work on their product offerings under the Shopify umbrella from San Francisco,” Miller told CRM Buyer. The integration of Kit into Shopify’s platform “is happening gradually and is in progress right now.”

Shopify doesn’t plan to remove Kit, which “is very well loved,” from its App Store, he added.

Facebook on Wednesday released into beta its Messenger Platform with chatbots. Shopify has integrated with the platform.

Microsoft introduced the Murphy chatbot for Skype on iOS, Android and Windows in late March.

“Chatbots look like the new spaghetti being thrown at a wall to see if it sticks,” observed Denis Pombriant, principal at Beagle Research.

Their sweet spot “will be in providing the ability to proactively personalize brand encounters by providing contextual innovation,” he told CRM Buyer.

Not All Bots Are the Same

Two levels of bots are emerging, according to Holger Mueller, a principal analyst atConstellation Research.

One is the assistant on a website, which “has been proven and has been working for a while,” he told CRM Buyer.

A newer type is the bot built into a chat platform, Mueller said. That’s the kind Microsoft and Facebook announced.

Chatbots need a development framework, speech recognition, big data support and machine learning, all on a cloud or shared infrastructure, he added.

“Conversation or chat is a more natural way for humans to communicate,” Mueller asserted. “Going through websites and Web forms is a result of technology not being able to support this in the past.”

How Chatbots Can Help in Business

Chatbots “makes websites and apps obsolete,” Mueller said. “Commerce happens from the chat or a conversation — see what Amazon’s doing with Alexa.”

“But there’s still a lot of work to be done to refine and ensure the quality of interaction,” she told CRM Buyer.

“Connecting commerce and customer service is where the ROI is,” said Natalie Petouhoff, a principal analyst at Constellation Research.

Customer service or conversational social are not only about serving customers but also “largely about lead conversion,” she told CRM Buyer, although bots “must be really intelligent to be able to respond in the right channel with customer background and context.”

Consumers “expect to have a multitude of touchpoints with their brands,” said Guy Courtin, a principal analyst at Constellation Research.

Therefore, businesses “must explore and look at a multitude of technologies,” he told CRM Buyer. Whether adding chatbots translates into sales has yet to be determined.

“When it works — and the demos are encouraging — it’s easier to write and support chatbots than writing websites and apps for different platforms,” Constellation’s Mueller noted.

“You can alienate your customers fast if this isn’t done well,” Beagle Research’s Pombriant said. “I see many irate people complaining that a bot just doesn’t get it.”

Further, “what happens when the customer really needs to talk with a human?” he asked. “The statement ‘Take me to your leader’ takes on a new significance.”