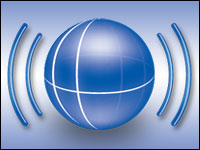 CallCopy recently unveiled cc: Discover 5.1, an upgrade to its flagship workforce optimization suite. Many of the changes incorporated in this version were made at the behest of customers who provided feedback at the company’s first annual User Conference last fall, Patrick Hall, CMO of CallCopy, told CRM Buyer.

Taken as a whole, the upgraded application “provides a simple solution to solving complicated problems,” Hall said, referring to the issues companies face when trying to monitor and manage complex agent workflow processes.

More fundamentally, “what we have developed is meant to help our customers get a better understanding of the unstructured data” that results from the calls or interactions, he added.

One new feature in version 5.1 is an enhanced interaction playback interface that renders a call in a visual format.

The graph is marked by such data points as crosstalk — which suggests that the rep and customer are talking at the same time and possibly the customer is angry — or silence. The feature also lets users drill down into the data as needed.

“It makes the product easier to use when a manager is able to visualize what is going on in an interaction in a meaningful way, rather than just listening to an audio stream of the conversation,” Hall said.

It also is a time saver, he continued. “As a manager, you don’t have time to listen to every call from start to end — it just isn’t practical.”

Other improvements include the beefed up automatic failover recovery — a feature that takes over the recordings if there is a hardware failure — and improved processes for handling post-call recording.

“We continue to record the workstation after a call is over, so we can see how the agent is updating notes and otherwise following up on the call,” Hall said.

Version 5.1 also expanded its Cisco integration. CallCopy interoperates with Cisco’s technology, Hall said, “and they are continually updating their products. So that means we follow up with the relevant integrations.” 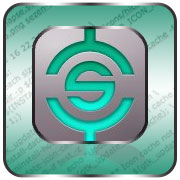