An Idea Whose Time Has Come… Again

Whether you call it “industry CRM,” “vertical CRM” or something else, the concept is gaining altitude. Not that it’s new or ever been gone, but today’s vertical CRM is different — a constellation of quantitatively and qualitatively different and better CRM solutions than we’ve ever seen.

Vendors like Veeva, Vlocity and Salesforce are getting into the act, and I expect this sector could be one of CRM’s sleeper stories of the year.

First, what is it, where does it come from, and why hasn’t it been more of a force already? Good questions.

You can trace vertical CRM back to when Siebel was an independent company. People there recognized early on that getting a generic CRM product ready to play in a narrow but populous market — insurance, for example — could require a lot of development and was therefore costly. Bringing down the cost of a deployment meant more businesses could afford solutions, so it made sense to verticalize.

Under the direction of Executive VP David Schmaier and others, Siebel went all-in, as we now say, and deployed more than 20 vertical-market CRM solutions in areas such as banking, insurance, healthcare, pharmaceuticals, and media and communications.

Then a few things happened to slow down the express train:Oracle acquired Siebel, and a lot of talent left the company. Oracle had plans of its own. Cloud computing became the new new thing. Then there was a little business slowdown called “the Great Recession.”

Through all this, many businesses opted for cloud solutions over on-premises vertical solutions. Their logic was impeccable. Take cloud CRM, notably fromSalesforce, as the basis for deploying CRM that fit the business’s unique needs without formal thought about vertical markets. The idea worked well for a long time because the cost savings afforded by cloud made new deployments a good idea.

Over time, though, the modern technologies of the digital disruption — social, mobile, big data and analytics, community, journey mapping and more — made new vertical systems attractive again, because they incorporate most or all of these tools along with specific business expertise into vertical CRM systems. From this perspective, vertical CRM can be seen as a way of simplifying a CRM deployment without sacrificing a business’ ability to differentiate itself.

Differentiation was always a big concern too. In the on-premises days, vertical CRM was hard-coded, and a business had to manage all the layers of operating system, database, middleware, networks and apps. That meant keeping a lot of balls in the air. It also meant a “don’t fix it if it ain’t broke” approach to business processes — not exactly what you want in a fast-changing environment.

We’re living through one of the more challenging times in business history — times that require agility and the ability to change, so that a business can maintain its differentiation and remain relevant to its customers. Enter vertical CRM 2.0.

Vertical CRM is based on cloud concepts, and some of the leaders — like Salesforce and Vlocity (Schmaier, once at Siebel — base their offerings on the Salesforce1 platform. The platform provides a foundation for all the disruptive digital tools, plus an efficient way to specify business rules, support decision-making, search and analyze, and generally take names.

Moreover, with the platform comes the vaunted ecosystem of thousands of plug-compatible apps. Rather than constraining differentiation, platform users have a nearly limitless ability to embrace it. So vertical CRM is back and available, but is it right for every situation? Not likely.

I haven’t examined every version on the market, but it doesn’t take a lot to know that insurance is still a pretty broad category, for instance, and what works well in property and casualty might lay an egg in annuities.

Also, there are many small or emerging companies with business models that have not been thought through — even by them. So it’s difficult to see how vertical CRM might help them immediately.

However, vertical CRM is a smart place to start if you run a large company in a mainstream or legacy business. At the same time, if you sell vertical CRM, it’s a good time to be you, because you have a smallish but well-defined and affluent customer-base.

In all of this, I can see a good demand stream, impressive products, and the ability to buy solutions. That’s why I am thinking that vertical CRM might be a sleeper surprise of 2016.

Vendor of the Future 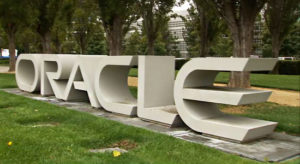