In a move that surprised me, at least, Amazon last week announced that it was lowering its fees for on-demand infrastructure by as much as 80 percent. Should we be rejoicing, or is this a sign that something is amiss?

Back around the turn of the century, something similar happened in at least two situations. The first was that telecommunications companies and cable companies buried enough fiber optic cable to satisfy demand for a long time. It became known as “dark cable,” because there was no light going through it, implying there was no demand either. That was right.

It took years for the marketplace to absorb all that fiber — and in the meantime, companies that had bet large on fiber anticipating immediate returns crashed and burned. At bankruptcy, their dark fiber became a shrewd investment for others with deep pockets and a long-time horizon.

Around the same time, there was also the ASP (application service provider) boomlet that fizzled like a wet firecracker. Much like today’s Infrastructure as a Service vendors, those guys tried to sell computing capacity with or without conventional applications delivered over a VPN. It was a Rube Goldberg-like device — in retrospect, a lead balloon — and the idea suffered an ignominious demise.

Fast-forward to more recent times. Infrastructure providers told us this time would be different. Advances in server capacity, dirt cheap storage capacity, and applications that no longer ran in the client-server paradigm but instead used HTML and REST computing would make the idea viable. Then last week happened.

So the question is, which is Amazon’s announcement more like — overabundant dark fiber or a lead balloon? If the latter, can we expect that this idea of IaaS will ever fly?

I really dislike it when a discussion comes down to splitting the difference — it’s both! A floor wax and a dessert topping, as the old SNL skit has it. Tastes great and less filling! Please spare me that. To me, splitting the difference is too often the product of fuzzy logic or lack of creative understanding. That’s why I reluctantly come to this conclusion based on my analysis of the announcement.

First, the 80 percent reduction was for something called “dedicated instances within the same region,” which is equivalent to the old ASP model. One customer, many seats, and dedicated computing power for all of them — I get it.

However, and this is where it gets more interesting, the discount was only 37 percent for dedicated on-demand instances. I think that means shared resources — maybe not multitenant databases, but a big compute-storage farm that serves customers and keeps the data separate, like not letting the peas touch the potatoes on the plate. I get that too. So what’s going on?

Perhaps, and I don’t have enough data to say definitively, the demand for old-style ASP is just not there. That would be a good thing, because it would indicate that companies realizing that they need to go to the cloud also believe that moving the data center without doing anything else to their computing architecture is a non-starter. If so, good.

More Than a Lube Job

The dedicated on-demand instance discount tells me a different story. It says there isn’t even enough demand for moving legacy applications to a shared environment — and that includes buying net new legacy apps and just putting them in the cloud.

It tells me that if a company seriously contemplates moving to the cloud, it is also re-examining its approach and opting to use more modern technology that is cloud-native. It means scrapping the old premises-based ERP and CRM and taking a fresh look at companies like NetSuite and Salesforce. Both companies do seem to be adding customers, and they have to come from somewhere after all.

Moreover, companies making these switches are likely being persuaded in part by the ecosystems surrounding successful cloud companies. Since they have the hood open, they’re not content to just change the oil and check the fluids. They’re doing a tune-up, which requires new parts — social, analytic and mobile — that come from the ecosystems. This should all be good news, because it says that companies are investing (and lowering their costs at the same time) in anticipation of further economic expansion.

Of course, I can be wrong. There’s only so much you can conclude from a simple announcement. Still, a price cut — especially a significant one — tends to indicate a vendor is going in a new direction, in part because the old direction may not be working out.

Microsoft has also been cutting prices — on some Dynamics products and on the Surface RT tablet, for instance. In this situation, though, I suspect the company is trying to find its level and not having a fire sale, because these products are all the latest and greatest from the company, and the software inventory is a bit of an oxymoron.

Time’s up for theorizing, we’ll have to wait for the next quarterly reports to understand how these adjustments are working out. 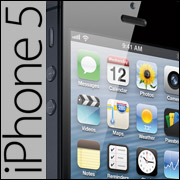