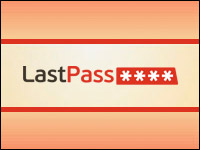 A data breach is no picnic for any organization, but for a company that makes its potato salad by protecting other people’s passwords, it’s the mother of all nightmares. Yet, that has happened to LastPass twice.

In 2011, the service found anomalies in its network traffic that forced it to reset all its users’ master passwords. To make matters worse, LastPass wasn’t prepared for the traffic surge from everyone trying to change their passwords at the same time, so performance headaches inconvenienced users further. A master password is used by users to protect the vaults where all their passwords for other services are stored.

The service recently came under attack again. The company last week alerted users that “suspicious activity” on its network was discovered and blocked on June 12.

“In our investigation, we have found no evidence that encrypted user vault data was taken, nor that LastPass user accounts were accessed,” CEO and cofounder Joe Siegrist wrote in LastPass’ company blog. “The investigation has shown, however, that LastPass account email addresses, password reminders, server per user salts, and authentication hashes were compromised.”

Although LastPass was confident that its encryption measures would protect a majority of its users, Siegrist wrote, the company was taking the precaution of requiring users logging in from a new device or IP address to verify their account by email, unless they had multifactor authentication enabled. He also recommended everyone change their master password.

While LastPass should receive plaudits for its rapid response to the attack on its systems, the question remains: Will bad press from the breach hurt the password management industry?

“The biggest concern for LastPass is whether trust has been shaken in users’ minds,” said TapLink CTO Jeremy Spilman.

“The brand impact of something like this can be tremendous,” he told TechNewsWorld.

Still, “it’s more secure, because if a hacker gets into the database of the password management company,” Shavell explained, “they’d have to hack each user’s account separately, which would take a very long time and not be worth the effort.”

Any harm to the password management industry from the LastPass breach is likely to be short-lived, maintained Bill Carey, vice president of Siber Systems.

“I would consider it a minor setback for the password management industry,” he told TechNewsWorld.

“People are doing more online, so there’s really a growing need for users to have strong and unique passwords for all these websites, and since people can’t remember more than three or four strong passwords, there’s a need for a password manager,” Carey said.

“I don’t see any other technologies replacing the password any time soon,” he added, “so I think there will be a growing and continued demand for password managers.”

However, “none of us are going to be around for long if we continue to see more security breaches.”

Willie Sutton’s wisdom — he said he robbed banks because that’s where the money was — isn’t lost on cyberthieves, according to a report Websense released last week.

“That’s an indication of how lucrative the sector is for hackers and attackers,” said Rajiv Motwani, director of security research for Websense.

An old but effective tactic being used by cyber-robbers is typosquatting — that is, creating domains that mirror those of legitimate financial institutions but may have a letter or two missing. One of the most common domain abuses is the use of “.co” for “.com.”

“Typosquatting isn’t new, but the level of sophistication is,” Motwani told TechNewsWorld. “They’re registering these domains en masse and customizing them to each victim.”

The technique seems to be working, as Websense estimates the average take for these attacks is US$130,000.

The report also found that cyberinsurance may be hindering real security adoption in financial services.

“Banks with cyber insurance policies aren’t necessarily fixing their security problems,” Websense reported. “Rather, they’re relying upon their policies as financial liability risk management. But even that assumption is flawed. Cybersecurity insurance is limited in its coverage, and only partially limits the financial impact of a worst-case cyber-attack scenario.”