WhatsApp Is Killing the SMS Messenger 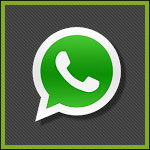 WhatsApp Messenger is free for the first year at Google Play and US$0.99 a year after that. 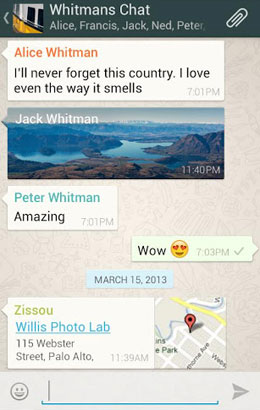 What happens when an industry gouges its customers for years, and then technology comes along that allows consumers to circumvent the gouger?

Customers leave in droves is what happens, and it’s WhatsApp and its ilk that are enabling the exodus.

If you’re unfamiliar with WhatsApp Messenger and its brethren — like the app WeChat — they’re text message alternatives that don’t rely on mobile-to-mobile SMS technology. They use the data component within your phone instead.

SMS is a method of sending 160-character text messages via phones. It was developed as a way to send messages over the stripped-down telephone traffic signaling paths when there was no calling going on, rather than take up chunks of bandwidth space like voice does.

Its beauty is that it’s incredibly cheap because it uses hardly any resources, and the resources it does use aren’t required for anything else at the time the message is sent.

SMS is cheap, but you wouldn’t know it based on the per-message fees telcos have been charging for it — particularly when roaming.

How to Shoot Yourself in the Foot

The tide has changed, however, and today apps like WhatsApp are providing text messaging over 3G or WiFi.

Telcos may well tell you they don’t care about the potential SMS revenue loss, because the consumer simply buys an expensive data plan instead of a texting package.

I’d call it shooting yourself in the foot, myself.

WhatsApp is an OTT, or over-the-top, messaging service, and this new cross-platform SMS alternative has quickly gained popularity.

It claims 100,000,000 to 500,000,000 installs in the Google Play store, which places it in the same Android install range as telephony app Skype and social network messaging app Facebook Messenger. It reportedly transmits 20 billion messages a day.

TechNewsWorld recently took a look at the WhatsApp service and the app.

Crucially, WhatsApp apps are available across smartphone platforms, including within the often-closed iOS environment, so there’s a good chance your buddies can play along if you jump in and explain the cost savings to them.

The Android app, available at the Google Play store, is free for the first year, and US$0.99 a year after that. This fee is apparently to make up for the lack of advertising revenue — WhatsApp doesn’t sell advertising.

The app neatly reduces the amount of setup interaction required to get going. For example, it automatically verifies your phone number — it needs the number because it uses it to route messages — and it automatically integrates contacts from your address book if they are already WhatsApp users.

That sets it apart from the many interfaces that require you to enter a code to verify a number, or agree to a prompt to import your phone book.

This refreshing approach is prevalent throughout the interface — there’s no login or passcode, for example.

Media-sending is well enabled with photos, videos and audio attachable to a chat — at no charge. Other features include group chat, sharing location, exact-message time stamps, and history.

One big disappointment was the lack of tablet support. WhatsApp is tightly integrated with phone number for identification and can’t function if the device isn’t able to receive the verification SMS — ironically.

I found it a step backward to have to stab around on my phone to get a message out with an expansive crippled tablet lying dormant near by. I’d like to use the tablet for messaging as I now use it for email.

Which brings me to the question of email compared to text messaging. Do we really need a text-messaging service over the data connection? Isn’t that what email is in comparison to SMS?

I quite like the ordered approach of email over what can be harried SMS — the option to reply when it’s convenient for me — and I find email certainly works better than voice calls or texts over time zones. Millions of WhatsApp users reckon not.

Part of my email favoritism has been the shocking unreliability of SMS. There’s a good chance an SMS won’t get through cross-pond, particularly between CDMA and GSM networks — and the fact that WhatsApp saves your messages, even when the phone is off, and sends cross-network is a major bonus.

Want to Suggest an Android App for Review?

Is there an Android app you’d like to suggest for review? Something you think other Android users would love to know about? Something you find intriguing but aren’t sure it’s worth your time or money?

Please send your ideas to me, and I’ll consider them for a future Android app review.

How to Work at Top Performance From Home 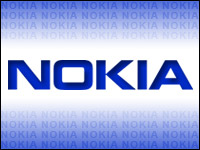