What the PC Industry Could Learn From the NRA 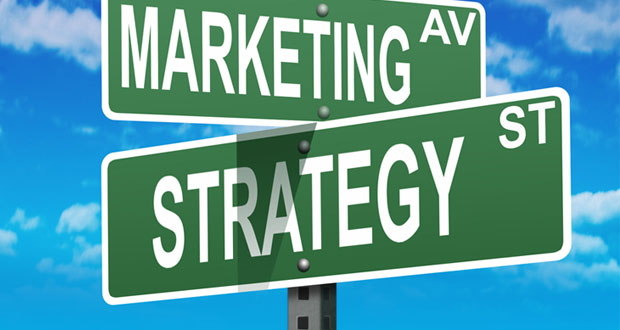 One of the fascinating things about the NRA is that buyers of guns think the organization represents them, when in fact its mission is to represent gun sellers — not gun buyers — and certainly never gun buyers against gun sellers.

Guns for consumers largely have been banned in most of the world, with the exception of the U.S., which uniquely has the NRA. This likely makes the NRA the most effective industry association in history.

I’ll share some thoughts on that this week and close with my product of the week: a growler to end all growlers.

The National Rifle Association is an amazing and incredibly effective organization. It is well funded, has capabilities that range from powerful lobbying to effective advertising, has broad knowledge on how to effectively use influencers, and in the face of mass shootings and significant groundswell against guns has protected the gun industry very successfully for decades.

We’ve seen other powerful organizations connected to milk and cheese, nuts, beef — and especially, tobacco — but the NRA has outlasted or outperformed them all, and it is an organization that protects an industry that makes products actually designed to kill.

The fact that this entire product class largely has been banned in developed countries other than the U.S. is testament to the NRA’s effectiveness.

We continue to see negative forecasts for the PC industry as a whole, and one reason is that the collective marketing spend for the industry is a fraction of that spent for things like cars. Efforts like “My PC Does What” haven’t been able to turn perceptions around enough to reverse the decline.

For a while, tablets were blamed for taking the momentum away from PCs — but that segment has even less funding and, as a result, it appears to be falling even faster than the PC segment is.

If you look at the individual trends of PC vendor sales, the firm with the largest advertising budget, Apple, is showing the strongest growth. The two strongest overall, Lenovo and Apple, both have product lines that extend to smartphones, suggesting there may be a synergy between the two product classes that most don’t seem to get.

However, the overall problem with the PC industry is the continued perception that it is dying out, even though the biggest contributor to that perception — tablets — is itself on life support. In a case like this, an effective industry association can make a difference by addressing a large threat to the industry as a whole — whether that threat be a competing industry, regulation, or a false perception.

One of the ways an NRA-like effort could be particularly effective would be to counter government antiprivacy trends, which are hurting the technology segment and U.S. technology products — PCs in particular — both overseas and domestically.

It turns out people don’t like to buy products they think are spying on them, and the U.S. government has been particularly effective in scaring off buyers of U.S. technology products as a result of largely illegal spying efforts, and an inability to keep them secret.

The NRA Also Could Learn From Tech

One of the problems the gun industry has is a lack of churn, while the technology industry largely lives on churn. Folks don’t cycle their guns, but folks do buy new smartphones and PCs regularly.

The NRA has resisted smart technology because it is run largely by old folks who don’t want to learn new skills, and it feels this technology would increase costs and lower sales. However, smart products age out and need to be replaced regularly — potentially increasing, or in this case creating, churn.

In addition, smart technology directly addresses one of the problems with guns, which is that far too often, they are used against their owners.

The NRA has been effective in covering up stats that indicate you currently are more likely to be shot with your gun than defended by it — but in the end, a dead customer isn’t a profitable customer, and concerns about gun safety eventually could overcome even an organization as powerful as the NRA.

So, while the tech industry certainly could learn from the NRA, the NRA actually could learn a lot from tech — and the end result should make both far more profitable, and guns potentially far safer. In the end, that might be the nobler goal.

The NRA is arguably the most powerful industry organization in the world, effectively having blocked the elimination of a product for which killing people is a feature, not a problem.

While the PC’s market issues aren’t as pronounced, it is being impacted adversely, both by a false perception that PCs are being replaced by tablets, and by a screwy U.S. government strategy that is scaring buyers away from U.S. companies.

On the other hand, the gun industry really does need to address a clear safety problem and increase — or create — churn to build revenue and profitability, with smart technology the most likely driver. So, a collaboration between the NRA and the tech industry could result in huge benefits for both.

Don’t hold your breath — but you never know.

Now that I’ve moved to Bend, Oregon, I’ve rediscovered hard cider — particularly Atlas Hard Cider — and discovered growlers. Growlers, if you haven’t heard of them before (and as far as I know, we didn’t have them in California) are a refillable container, frequently used for beer.

In theory, you could use them for soda as well as beer and cider. They are green, because you reuse them, and They are generally less expensive than buying the beverage in cans or bottles. The problem is that if you don’t drink the product relatively quickly, it will lose its carbonation — and flat soda, hard cider or beer isn’t very tasty.

The Growlerwerks Growler is an amazing looking device — very steampunk in appearance (I’m a big fan). 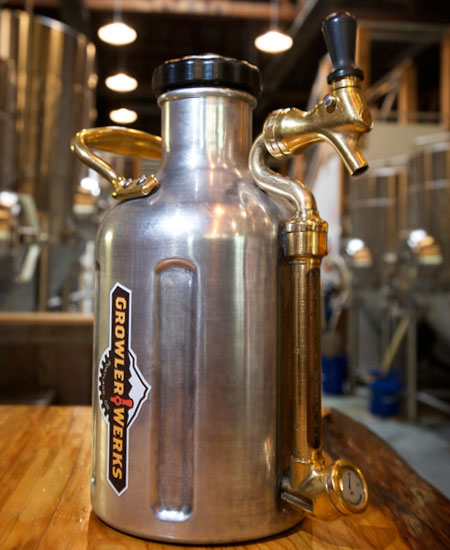 It uses a CO2 cartridge to ensure your beverage is good to the last drop. It has a spigot and it is insulated, so you can bring it out for a party, and it comes in 46-oz and 128-oz sizes.

You can get it in steel — or copper-plated for that extra steampunk look — and pricing ranges from US$129 to $179 based on size and coating (the copper costs $20 extra).

I bought two of them — one for apricot cider and one for blackberry cider, both from Atlas — and they are different enough from other growlers to draw a lot of attention when I go in for a refill.

This is one of those products that just puts a smile on my face when I use it, so the Growlerwerks Growler is my product of the week.