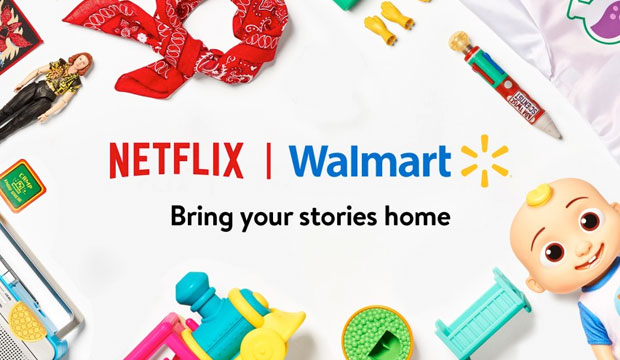 Walmart and Netflix are teaming up to sell merchandise pegged to the streaming media provider’s content.

“Through this new partnership, Walmart will not only offer products that bring the imagination of Netflix creators into reality, but Walmart customers and Netflix superfans will also find a new, exciting entertainment destination,” Walmart Executive Vice President Jeff Evans wrote in a news release Monday.

“The Netflix Hub brings together some of its most popular shows in its first digital storefront with a national retailer,” he added.

Merchandise will be tied to such shows as “Stranger Things,” “Nailed It!,” “CoComelon” and “Ada Twist, Scientist.”

Evans also noted the Hub will also offer a feature called Netflix Fan Select. It offers fans of Netflix shows an opportunity to vote for merchandise they’d like to see from the service’s stable of favorites.

The new partnership will have benefits for both Walmart and Netflix.

“A partnership with Netflix could be used for further collaboration. Walmart might start offering select content from Netflix, for example,” he told the E-Commerce Times.

“There’s a lot of ways it could work without Walmart offering the full-blown Netflix service,” he added.

Zain Akbari, the equity analyst for Walmart at Morningstar, an investment research company in Chicago, noted that the partnership allows the retailer to capitalize on media-linked commerce without making the kind of investment Amazon made to do it.

Although Walmart sold its Vudu streaming service in 2020, its interest in interactive and shoppable media remains, he explained.

“From its standpoint a deal like this allows Walmart to focus on what it does best while leaving the content side of the equation to an established leading player,” Akbari told the E-Commerce Times. “Ultimately, it’s another avenue by which Walmart can expand its building e-commerce footprint.”

“Allying itself with one of the two streaming market leaders — Netflix and YouTube both capture about six percent of total TV time — makes good business sense for Walmart,” added Charles King, the principal analyst at Pund-IT, a technology advisory firm in Hayward, Calif.

“The new storefront should please the company’s existing clients and attract new customers, and also provide a point of competitive differentiation from Amazon,” he told the E-Commerce Times.

Having exclusivity on products from Netflix’s hit shows is another benefit of its new partnership.

“You can imagine what the opportunity would look like if this partnership was already in place and Walmart was the only place for official Squid Game Halloween costumes,” he told the E-Commerce Times.

He added that there is a lot of value but also a lot of cost in original programming, but to date, no one has done as well as Netflix with it.

“This allows Walmart to generate some of the same benefits to their core operations of an in-house streaming service without having to make those investments in original content,” he said.

Netflix, too, benefits from the new arrangement.

“Netflix has tried for a while to monetize its content other ways. Selling merchandise is one of them,” added Morningstar Netflix equity analyst Neil Macker.

“Netflix is not an e-commerce company,” he continued. “It’s a streaming company. It has a different business model than a pure e-commerce company. By working with Walmart, they can get help with building a site, fulfillment, shipping and things like that.”

Netflix is also looking to diversify beyond subscriptions for its streaming service.

“It’s already announced its movement into games,” Rubin noted. “This is a way to take a page from Disney’s playbook.”

“Disney is very skilled at driving merchandise from characters in its franchises,” he continued. “Walmart offers a strong retail presence from which Netflix could potentially build that and realize more revenue from its original content and franchises.”

Netflix may also be looking beyond online involvement with Walmart.

“If Netflix could get into Walmart’s brick and mortar stores, that would be the bigger prize for Netflix,” he said. “To have a section of the stores promoting its properties would be a big win for Netflix.”

Inouye believes that in time, Walmart will become a crucial distribution channel for Netflix.

“Since many of Netflix’s shows are launched all at once — although there are a growing number that launch on a timed schedule — it can be extra challenging for Netflix to keep excitement up around a TV series when the next launch may be more than a year away,” he explained.

“Having merchandise and content to keep fans invested and engaged in this popular IP is massive for Netflix,” he said.

Creating original content can be a hit or miss proposition, he noted. Selling merchandise can help offset the cost of the misses.

“Netflix is still in its early days here,” he said, “but it is starting to expand into new territories and opportunities and the Walmart deal could become a key piece to that strategy.”

“This is particularly critical in those markets, like North America, where future subscription growth is limited,” Inouye added.

“In these more mature markets revenue growth has to come from price increases or these alternate channels,” he continued. “The latter allows them to keep engagement higher, bring additional revenue, while ideally slowing the rate of subscription price hikes, which helps maintain — and slowly grow — the installed base.”

“Other content companies have looked to marketing and selling merchandise to bring additional revenue by capitalizing on hot IP — Rovio for example has done this with its “Angry Birds” IP — but with Netflix, this could be on another scale,” he concluded. 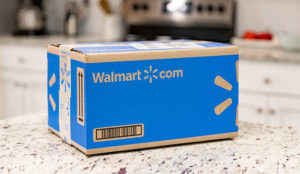 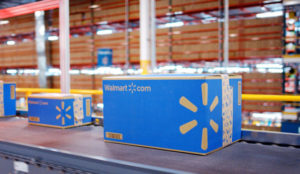 How to Win at E-Commerce on the New Walmart.com