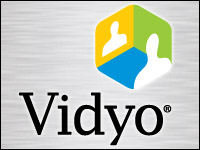 Fast and cost-friendly video conferencing could son become as commonplaceas cellphones at home and at work, and the firm Vidyo hopes to cash in on the trend with a new, specially designed architecture.

The New Jersey-based startup recently took the wraps off an HD-quality personal telepresence it designed to take high-def video conferencing into the range of pennies perminute.

Vidyo’s approach to video conferencing engages a full spectrum ofparticipants. Users range from the executive board room totelecommuters on Macs and PCs, even to smartphone users on the run.

Vidyo, so far a small player in a big pool, got a great deal of momentumafter receiving a US$25 million Series C round of funding from bullishinvestors across the country in early April. Those funders include RhoVentures, Menlo Ventures, Four Rivers Group and Sevin Rosen of Texas.Last year, Vidyo snagged about $15 million in funding.

But first, Vidyo needed a working product to demonstrate to angelinvestors.

“Our biggest hurdle was that business perspective. The only time I wasworried was during the process of getting capital,” Ofer Shapiro, VidyoCEO and founder, told the E-Commerce Times.

Positionedin price and access for deployment everywhere for use by anyone with adigital device, broadband connection and a camera, Vidyo makesreal-time, real-presence, intimate and interpersonal HD videocommunications possible, according to Shapiro.

“We are solving high-contrast video on the Internet. This is not newtechnology. Rather, it is a new approach to making it work,” Shapiroexplained.

Shapiro’s concept of reinventing a better video conferencingsystem grew out of inherent problems and user dissatisfactions.

“I realized that there was much to be done in the video conferencespace. I took a look from the outside and saw the problems. Peopleweren’t happy with what existed, and I wanted to make it the idea ofthe century,” Shapiro said about his founding motivation.

He joined forces with partner Avery Moore and Alex Eleftheriadis, avideo compression expert who receives a royalty on every Blue-raysystem sold today.

Prior to founding Vidyo, Shapiro spent eight years designing videoconference architecture. He initially designed the video gateways thatbecame the first commercially viable generation of video conferencing.Together, they reduced the delay in videoconferencing and devised asystem to deliver it in a natural picture offered at a price they consideredaffordable to even SMBs.

When the concept hinted at being viable and Shapiro formed his Vidyocompany, it took three years to get to a working product. The firstfunding came in April 2005. By October of the same year, he had aprototype. It took until the early part of 2007 to make it market-ready. In early 2008, the company basics and product were ready tomarket.

The video conferencing field is replete with theories on why thisspace hasn’t developed as an indispensable communications tool.Shapiro had several lines of conjecture to follow in working up asolution.

The debate includes explanations about people not wanting to seethemselves to user expectations of how their live performance shouldlook. Other explanations include the inherent latency delay that makes holding a normal conversation anywhere from frustrating to virtually impossible. Usersalso want the same cost as a voice call, Shapiro summarized.

Whatever the cause blocking the proliferation of video conferencing,Shapiro knew that any explanation was hard to prove, and better videoperformance was extremely hard to achieve. He saw something reallywrong and sought a solution.

“Our goal is to put price and performance together. The basis of ourbusiness plan is that goal. Our mission is to make it universallyavailable. I realized that a new architecture was needed. I soughtwhat is the right one,” he said.

One of the reasons a new platform for video conferencing was sorelyneeded is the way the industry dealt with legacy issues. This industryis a slow mover with technology, noted Andrew W. Davis, partner atWainhouse Research.

“Video conferencing over the last 20 years, every time a new protocolcame out, that new system supported all the old ones. That’s why thesoftware is very bloated,” Davis told TechNewsWorld.

Shapiro believes he has a better mousetrap. There is tremendous potential for himto disrupt the industry, he noted. The only disadvantage to the newplatform is that it is not interoperable with old systems. However, Shapirobuild in a work-around that bridges to other systems.

Scalable Video Coding’s chief advantage over other video architectureis that is easily runs on the Internet. It also is easy for ISPs tooffer to their customers, said Davis.

SVC is approved by the ITU, or International Telecommunications Union.This agency, run by the United Nations, sets the telecomm standardsinternationally, he said.

With the new architecture in place, Vidyo had to gain traction in theindustry. For a small-time company, that was easier said than done.

Vidyo’s first achievement was getting a few OEM licensing deals,according to Shapiro. First to come on board was Shoretel, a companyhe described as very visionary. He then got other big companies, suchas Google and Hitachi.

“That brought us to the next level up. Then came customer traction,”said Shapiro.

Another positive omen was a growing interest in the new standard andhis video architecture. The most recent sign of making an impact wasseeing big companies starting to copy what he was doing with thetechnology, he said.

“We got to the point where we changed the game with new architecture.This proved that we established the category and validated it,”Shapiro added.

Still, Shapiro knows that Vidyo is a small firm in a market dominated by big companies. Despite the uphill battle for customers, he plans to focus onstrategies and investing in both marketing and R&D.

“That’s a very ambitious goal, but we succeeded in getting very highgrowth in 2009. I see that acceleration continuing. We expect tofinish 2010 as a significant player,” Shapiro said.

It is very hard to survive as a small company and do video. It has avery high risk of failure. He faces channel market barriers plustechnology risks, warned Davis.

“I see him gaining customer traction and then being bought out. Hestands a better shot at being bought than growing the company,” Davissuggested.

Either way, the founder of Vidyo has his work cut out for him. But hehas a chance with his new technology, said Davis.

Google’s Little GIPS Buy Could Lead to Something Big 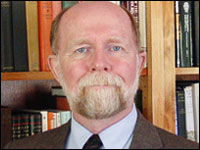 Intel’s New Atom: Moorestown and Beyond