Trolls and Astroturfers and Shills, Oh My!

There has been plenty of news and excitement on the Linux blogs in recent days, including the release of Linux kernel 2.6.30 and word that Linux will be the first OS to support USB 3.0.

Woohoo! In an ordinary week, such news would be sure to put a smile on any geek’s face.

Yet the mood on the blogs hasn’t been particularly celebratory or cheerful; in fact, in recent days, one could even say it was downright dark.

To wit: “Don’t Get Me Wrong, Linux Sucks as Much as Windows” is the title of a recent post from Carla Schroder on Linux Today, generating a contentious conversation that spread like wildfire across the blogs.

‘It’s All About Tearing Down’

“In case you hadn’t noticed, here is the latest hot trend in anti-Linux baloney: supposed Linux fans and advocates who really really love Linux and have been using it for years, but can’t recommend it for anyone else because ‘It’s not ready,'” Schroder began.

“What I notice most of all, and this has been true for years, is how negative the Microsoft trolls and astroturfers are,” she added. “Can you recall the last time you read any positive comparisons, where the Windows fans said, ‘Windows has these great features and I like them’? I can’t. It’s all about tearing down.”

A virtual stampede of 60 comments followed Schroder’s post on Linux Today before it was picked up on the Linux Loop and LXer — not just once but twice.

‘This Is Just Not True’

“Of course Microsoft has a perception management team and specifically targets Web 2.0 sites like Digg and Reddit,” a blogger dubbed “Ex-Microsoft marketing manager” wrote in the comments on Linux Today. “Some of this is outsourced as well.

“Watch for the talking points used — this is starting now but will be pushed harder after Win7 is released,” the blogger wrote. “I would expect ‘Windows 7 is the death blow to Linux on the desktop’ will be a favorite.”

On the other hand: “Sorry, but if you *NEED* AutoCAD or Photoshop for your job, Linux is *NOT* an option,” shot back Aaron. “Yes, not everybody needs those applications, but that’s another story. There are many things you can’t do with Linux, or that if you can do, are very limited (e.g. video editing, watching TV, using proprietary formats required because of your job, etc. …)

“If you like Linux, fine, but don’t say anyone can use it,” Aaron added. This is just not true.”

The reaction: “Oh my! I wonder how many of the commenters who you describe so well in the article realize they are proving your point rather than convincing anyone that Windows is somehow better,” caitlyn wrote on LXer. “Absolutely amazing.”

Baffled by the widespread negativity, LinuxInsider knew it was time to dig deeper.

“I am quite certain much of the anti-GNU/Linux campaign is funded by M$ and run by professionals,” blogger Robert Pogson told LinuxInsider by email, citing a Boycott Novell article for illustration. “M$ wrote the book on technological evangelism, yet the shills have the nerve to call us zealots.”

One site particularly “infected with them” is DesktopLinux.com, “which is almost non-functioning because the shills scream at contributors,” Pogson noted.

“The trolls there are some of the most technologically advanced people on the Web, yet they denigrate GNU/Linux with all the usual stuff from the playbook, like ‘Linux does not play nice with system X’ or ‘these apps do not run on …’ — which are irrelevant for 99 percent of the users who might buy a system with GNU/Linux pre-configured,” he explained.

“I wonder what advertising budget this all comes from,” Pogson added. “I wonder if the tax men care that illegal practices are listed as costs of doing business.”

On the other hand: “I really wish people wouldn’t jump to conclusions and blame Microsoft,” Montreal consultant and Slashdot blogger Gerhard Mack told LinuxInsider. “As their anti-ODF campaign shows, Microsoft tends to be very clumsy at the whole astroturf thing and tends to get caught rather quickly. I suspect that most of the noise is caused by trolls who know that Linux supporters tend to be a tad hot-tempered.”

‘Based on a Fallacy’

Another view: “In my opinion, the whole ‘ready for the desktop’ debate is based on a fallacy: that it is possible or even *desirable* for a piece of equipment as complex as a general-purpose, Internet-connected computer to be able to be fully maintained by an unskilled person,” Slashdot blogger Peter Brett told LinuxInsider via email. “We don’t expect it for our cars, our central-heating systems or our kitchen appliances; why do we expect it of our computers?”

Schroder’s assertion that Windows fans never point to positive features in the operating system, meanwhile, was disputed by at least one observer.

“In almost every Slashdot story that has a Linux vs. Windows angle, some users point out a distinct feature of Windows that they find useful: a reasonably stable application binary interface for device drivers,” Damian Yerrick, a Slashdot blogger based in Fort Wayne, Ind., told LinuxInsider. “This lets makers of add-on hardware that connects to a PC through PCIe or USB include a driver for the last couple LTS versions of Windows on a disc (currently Vista and XP) bundled with a piece of hardware.”

‘Linux Makes Them Figure It Out’

There are always those who “need the cachet of elitism” — such as claiming that “Linux ‘isn’t ready’ except for the techno-elite,” Slashdot blogger yagu told LinuxInsider in an email message. “But the simple argument that Linux ‘sucks’ falls under pragmatism.”

The simple fact is that “all technical arguments aside, if users’ end-to-end requirements aren’t met transparently — no extra installs, no tweaking config files, etc. — then they look elsewhere,” yagu added. “Today, ‘elsewhere’ is mostly Microsoft.” 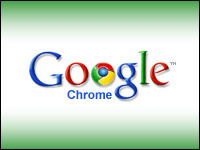