Trading Out: The Rise of Bartering 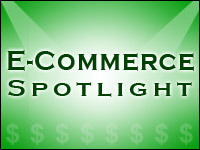 Restaurant owners, dentists, doctors, graphic designers, realtors and everyday people are all doing it: bartering. Though it’s an old concept, it’s getting a new twist in the world of e-commerce.

“This is the new method for an old practice, with e-commerce,” Paul Bocheck, CEO of BarterQuest, told the E-Commerce Times. 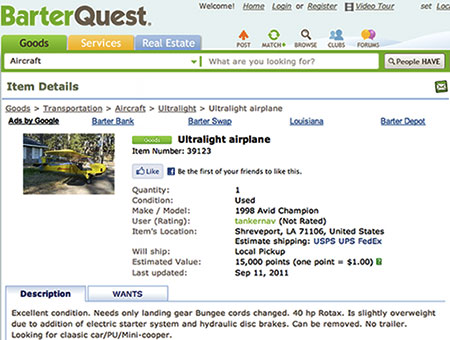 What’s changed is that many barter agreements now take place via the Web, with barterers searching electronic databases for goods and services they want, and barter exchanges maintaining online accounts showing their barter activity.

People and businesses can barter just about anything, and often the practice allows them to do things they wouldn’t be able to do otherwise. Ric Zampatti, CEO of The Barter Company, tells how one of his clients, a sign maker, paid for an entire wedding through bartering.

“He gave his daughter the wedding he couldn’t afford,” Zampatti told the E-Commerce Times.

Bartering is seeing a resurgence as people look for new ways to make money and stay afloat in unpredictable financial times.

“People are changing the way business is done,” Maurya Lane, president and owner of the Barter Business Exchange, told The E-Commerce Times.

Business bartering works best when a company has unsold goods or underused services that would just be sitting there in a regular cash economy.

“They have to be in a position to handle new business,” explained Zampatti. “If they’re at full capacity, barter isn’t appealing to them.”

It takes some getting used to, but when businesses begin to understand how barter works, they sometimes decide to make it a central part of their marketing and business strategy.

“With barter, what’s appealing about it is that it’s new business,” explained Zampatti. “We’re bringing them new business they never would have had before.”

Often, customers will go out of their way to shop at a barter business, because they can use their barter dollars, goods or services there instead of having to give cash. This means more business, different customers, and the opportunity to get a variety of services — from sign-making to cleaning — in exchange.

In some ways, bartering actually works better in a strong economy than a weak one, Zampatti said, since people have more to trade when the economy is good.

“We like it when times are good,” he said. “When your cash flow is strong, you can do more trade.”

He says, however, that there are more frequent small exchanges done during recessionary times.

Yet bartering really does pick up — or at least has more visibility — during down times, Lane argued.

Most major barter exchanges keep detailed records of the transactions that take place between their clients, both because they must provide updated balance information to them and because they’re responsible for sending out 1099-B federal tax statements at the end of each year.

“A barter dollar is considered a taxable dollar,” explained Lane.

The IRS maintains a Bartering Tax Center that gives details about the tax laws and responsibilities regarding bartering.

Despite the rise of Web-based bartering, bartering exchanges often emphasize the human element of their services. Brokers will keep track of the needs of their clients and notify them when items or services they’re looking for become available.

“It’s a form of marketing,” explained Zampatti. “A trade broker is promoting your businesses to other people. They know the kids, the hobbies, tickets, etc. They know, by profiling their personality — the brokers know who wants what, by getting in their world.”

This human interaction is key to good bartering, he said.

“That’s something you don’t get online,” Zampatti pointed out. “It’s challenging, unless you have the dedicated time and resources, to find what you need. What I’ve seen work well is when you have a relationship with your broker, and they help you with your wants and needs.”

It’s not just businesses doing bartering. Individual people, too, are getting in on the act. Sites like TradeAway.com are helping to facilitate individual exchanges of goods and services, including pieces of property, vacation packages, jewelry, mineral rights, landscape work and just about anything else imaginable.

Part of her job is educating people used to paying cash for things about why barter is sometimes preferable, she said.

“You’re taking something you already have, that you already spent money on, and you’re saving your cash for something else that you can’t barter for — like the electric bill or phone bill or groceries,” explained Powell. “Once people start to understand bartering, it will become even more popular.”