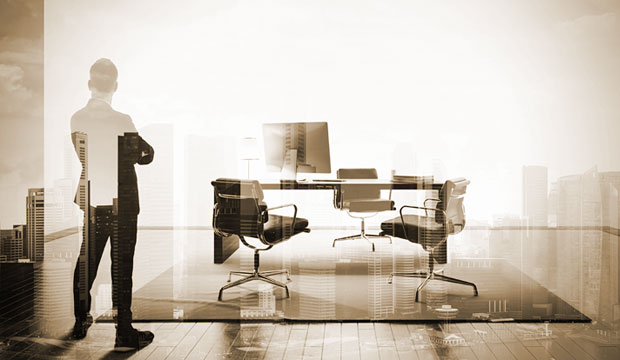 As powerful men drop like flies due to their inability to resist abusing their authority, it’s clear that the problem is widespread. Similarly, it’s likely that we’ll find the problem of alleged industrial espionage is not limited to Uber. You see, when people misuse authority — and the sexual harassment problem is a massive misuse of authority — folks typically don’t just misuse it in one area.

For some time, I’ve suspected that the harassment issues were just one aspect of a bigger problem. The allegations that Uber aggressively moved to steal intellectual property from Google and colluded to cover up evidence of the theft may be indicative of another area in which executives have been abusing their authority.

Rather than wait for the next scandal to surface, I thought it would be interesting (since I’m an ex-internal auditor who has been through a cycle like this before) to look at the other areas where we likely will find that executives and others who wield authority have been doing scandalous things. I’ll close with my product of the week: one of the few security offerings that could prevent against a significant amount of this immoral behavior, Varonis.

It appears that one reason sexual harassment claims have gotten out of control is that human resource departments have been acting more to cover up problems like this than to correct them. This is largely because HR has the responsibility to make problems like this go away, but it currently lacks the authority either to fire or correct a misbehaving executive’s behavior. Even if it were possible, it’s likely that the career of the poor HR person who took such an action also would be over.

HR is hardly alone in terms of losing authority to do its job. Whenever you have a mismatch of authority and responsibility, you have a crucible for wrongdoing. Currently, a lot of staff organizations — like security, HR and internal audit — are so far below what should be minimal staffing standards that I expect there are a lot of companies that are just as unaware they’re bleeding as Google was.

The last time I saw the rise of industrial espionage was in the early 1980s, when many Japanese technology firms made illegal moves to try to compete better with IBM. They were caught, and the monetary cost in terms of damages and penalties was massive — enough so that it mostly wiped out the practice outside of government-sponsored efforts from countries like China, North Korea and Russia.

Over time, the security organizations that once were staffed and missioned to catch and stop this kind of activity were defunded. They went from being staffed by ex-spooks (basically specialists in catching or being spies) to being run by hourly workers who, in far too many cases, couldn’t even be hired as a beat cop.

There is a lot of money in selling intellectual property. There is a huge advantage if you can get hold of it, in terms of meeting your objectives, advancing, and getting a huge bonus. The incentives are massive. There are state-level players active again with far greater resources and cyberhacking capabilities, along with a ton of employees who haven’t seen a raise since Carter was president.

We’ve seen a hint of this in the new Trump administration. Some members of his cabinet massively abused expense policies and either used government jets inappropriately or booked seats on private jets at huge premiums.

These were treated as isolated cases, but the people involved came out of the private sector, and behavior like this is typically learned. It is very likely that this practice of abusing expense accounts and company assets came from the firms where they were working prior to joining the Trump administration.

This suggests these practices are widespread, but because internal audit has been defunded, unlike government oversight, it likely isn’t being caught yet. Much like it has been with sexual harassment, I expect that all we are waiting for is the right post on social media to be picked up by a reporter, and suddenly we’ll have another wave of firings, and the firings for expense abuse likely will be far wider and deeper than the sexual harassment firings have been so far.

This is because accounting and finance, unlike HR, have retained a great deal of power. Boards watch expenses far more aggressively than they do things like sexual harassment (though, if things continue on the sexual harassment front, that likely will change, and it should).

Wrapping Up: Abuse of Power

The key element in all of this is abuse of power. Whether we are talking about jail guards or executives, there are a lot of people who don’t do well when given power. Their limiters don’t work, and the result is that they push the envelope until a catastrophe occurs and they are fired.

There should be controls and oversight to offset this behavior, but it is abundantly clear that those controls in many firms and government agencies currently aren’t doing the job. While we are focused on sexual harassment, we likely are missing other bad behaviors — like selling company assets or expense abuse — that go along with abuse of power.

I’ll leave you with one more example of common power abuse, and that is carrying out vendettas: using your power to get revenge on someone you believe has done you harm, either inside or outside the company. This is extremely common among folks who abuse power, and it can create a vicious cycle and even escalate to violence.

There is a good chance you may not be able to affect change in others, but — and trust me on this — abuse of power is a career ender, regardless of the path you take. Making sure you and your employees (if you are a manager or executive) don’t abuse power increasingly will be critical to preserving your career. In this age of social media, keeping such abuse secret soon may become impossible.

I’m bringing back Varonis as my product of the week, because intellectual property theft almost cost me my job, and it is a company killer. Varonis has the best protection against IP theft (including customer and employee confidential records).

What Varonis does is provide a solution that ensures that people who shouldn’t have access to internal data don’t have access, and that any attempt to violate the related policies, either by internal or external actors, are caught and stopped quickly.

While much of the focus of late has been on protecting customer records, Varonis’ capability to both identify an attempted breach and ensure that it will fail is largely unmatched in the segment.

Given Uber’s alleged theft of Google’s intellectual property was the basis for this column, and that it allegedly was an inside job — something I’ve argued is likely far more common than most firms realize — focusing on a product that could have prevented this theft or provided stronger evidence of it is why I’m making Varonis my product of the week.