The Pain and Potential of Making a 180-Degree Policy Shift 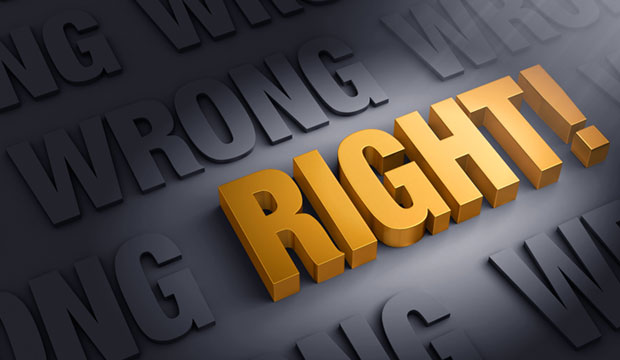 Many irate users had reacted to the policy by claiming their photos were”taken hostage.” Hosted photos on blogs, forums and other sites werereplaced by an image of a dial indicating the hosted data quota had been surpassed.

Users were not given advance notice. Instead the company sent outemails with the message, “Some features on your account will bedisabled. Your account has been restricted for excessive usage and 3rdparty hosting.”

Photobucket then encouraged users who previously had relied on theservice for hosting to upgrade to a Plus500 Membership Plan, whichcost $399 per year.

At the time, then-CEO John Corpus admitted that it was not an easydecision to make, and that he knew many people would be unhappy with the change in policy.

However, the ad-based model wasn’tworking, and the company was losing money, Corpus suggested.

Ted Leonard, who joined the company last fall asits finance officer last fall, took the reins as CEO in March and had theimages turned back on in May. The reversal, which took place with little fanfare, was viewed as an attempt to correct what was regarded as a business debacle.

Under the new policy, the company will offer free photo-sharing andad-supported storage only, but no free third-party hosting. A basicplan includes 2 GB of photo-sharing with ad-free hosting for $2.49 per month.Users needing more storage can upgrade to an intermediate 20-GB planfor $3.99 per month, or an expert plan offering 2 TB of photo storage for$8.99 per month.

Regardless of the subscription plan chosen, the fees for third-party hosting are a lot less than the $399 price tag of a year ago.

Former CEO Corpus probably was right in suggesting that the company couldn’tcontinue with an ad-only business model. Photobucket hasstruggled in the past decade to generate a reliable revenue stream.

The company once was owned by Fox Interactive, a division of NewsCorp., which bought it — along with MySpace — in 2006. After it became clearthat MySpace was losing ground to Facebook, News Corp. sold it off along with Photobucket, which proved not to be the next Instagram, in 2010.

At its height, Photobucket employed 120 people in its downtownDenver offices; currently it has just 10 full-time employees.

“Even with a powerful platform and first-mover advantage, Photobuckethas to compete against companies that offer a variety of ‘digitallifestyle’ services through one account,” he told TechNewsWorld.

“When Google offers 1 TB of Drive storage for $9.99 a month — forphotos, files, videos or other data — it’s difficult to compete at ahigher price point for a dedicated service,” Crandall added.

Photobucket is not the first techcompany — and likely won’t be the last — to make such a notable misstep in policy: one that drove away once-loyal customers, and that subsequently required a policy reversal.

Ironically, another photo-sharing fiasco, which involved Instagram, occurred back in 2012, just three months after Facebook acquired it for $1 billion.

Facebook in essence turned the imaging-sharing service into the world’s largest stock photo company — telling users that they wouldn’t be paid for sold images, including those used in ads. Due to the backlash that followed, Instagram backpedaled, issuing astatement that it was not the company’s intention to sell anyone’s photos.

Microsoft has had its share of bad decisions over the years, but itsbiggest centered on its Xbox One, which restricted the use of”pre-owned” games and limited games to one machine.

Anyone who wanted to play a game on a second Xbox One console had to pay anadditional fee. That came after Microsoft already had reversed apolicy requiring that the Xbox One be online even to play offlinegames — or at least connect every 24 hours to “check in.” It was soon “game over” for both restrictions, which quickly were reversed.

“You want best customers to be emotionally invested and passionateabout your brand — and incidences like these can tank a brand, but theydon’t have to,” he told TechNewsWorld.

“Sometimes we all have the best intentions but fail to see thebroader picture,” remarked Jim McGregor, principal analyst at TiriasResearch.

“This is the problem of every company, not just high-tech companies,”he told TechNewsWorld.

These types of decisions often are made in a vacuum, with little — ifany — input from the consumer. Moreover, they often are made with little insightinto any possible impact on the company’s existing business strategy, added McGregor.

“This, combined with the increasing influence of consumers and rapidfeedback in the Internet age, can make the wrong decision a companykiller,” he said, “and it is important for individuals and companies to seekoutside opinions and advisors to help avoid costly mistakes.”

Many key policy reversals come with new leadership, and baddecisions can be blamed on the old guard. “Young Turks”such as Photobucket’s Leonard can claim to bring not only change, but alsoan improved business strategy.

Then there is the case of Steve Jobs, who essentially was fired fromApple’s Macintosh Division by John Sculley, the former head ofPepsi-Cola, whom Jobs had recruited to take on the top role at the company.

Jobswasn’t technically out at Apple, but he was relegated to a position withnothing to do. He left and formed a new business — NeXT — which Apple acquired in 1996. A year later Jobs became Apple’s CEO.

Under Jobs, the company released the iPod and iPhone, and in the processbecame one of the most successful companies of all time — which isnotable in itself, but more so because it had been teetering on the verge of oblivion just prior to Jobs’ return.

The moral of this story may be that it takes not only a new vision tocorrect past wrongs, but a special kind of vision at that — and alongthe way, knowing who deserves trust.

“One of the common pieces of advice from successful people is tosurround yourself with good people,” said McGregor. “The same is true with companies, and they need other sources that can see things from a different vantage point and provide open and honest advice.”

Even when the course is set right, it can take additionaleffort to restore faith among former users.

For example, Photobucket hasn’t made it clear that the restoration of existingthird-party hosted images is permanent, or if users once again could face a situation in which they are held hostage — albeit for a smaller ransom/subscription.

More importantly, even if Photobucket should allow the restored images toremain, it might not be enough to attract users to the new pricingstrategy.

“For most users, these options are sufficient for their needs,” headded. “So, when Photobucket raised their fees, it was pretty easy forusers to migrate to other services. Unfortunately, it won’t be as easyto get those users to come back.”

Even if users embrace the reversed policies, it can take time totruly win them back.

“However, to be successful, the effort must have board-levelsponsorship, include a highly coordinated PR effort, and have adedicated, very large budget,” he told TechNewsWorld.

“Companies in this situation looking to re-ingratiate themselves withconsumers should acknowledge their misstep and adopt an open, honestline of communication — and listen carefully to what their customershave to say,” advised Kobie Marketing’s Hechtkopf.

“To begin the long process of earning back customer trust, they mustvow to do better by their customers, and move forward with awell-thought-out revamp of their policies that both addresses thecustomer and ensures similar missteps will not happen again,”Hechtkopf noted.

“Overall, it’s important to understand that customer trust isfoundational to developing long-term customer loyalty, and withoutestablishing this trust after a blunder or backlash, you cannotsuccessfully bring back loyal users or customers,” he suggested.

Photobucket could be an example of a company not really trying torestore trust. It has done little in the way of a PR push, as even itspolicy reversal took place largely under the radar and was barely reported outside out the company’s home base in Denver.

Even if a PR push should be forthcoming, there also should be changes incustomer service initiatives so that customers truly feel the companyis as good as its word, added Noel.

“Uber and Wells Fargo are recent examples of brands reacting tomissteps,” he noted. “Very expensive marketing and PR campaigns areunder way with coordinated messages being delivered across multimediachannels. However, it will still take significant time to gauge howeffective these efforts will be to right the wrongs of previousmanagement decisions at these companies.”