The Nitty Gritty of the Virtualized Data Center

In 2012, we will see the rise of the data center fabric. Within the year, multiple Ethernet fabric technologies will mature into shipping products. This is very timely because server virtualization is now giving rise to a whole new set of data center challenges that traditional switching technologies were not equipped to address. Fabrics will address these challenges with a faster, simpler, more agile infrastructure that will help IT managers virtualize more applications and deliver greater application performance at less cost.

In the past, there was no real distinction between the switches found in a data center and those used elsewhere in the organization. But this has changed. Today, a cloud data center behaves as a sort of compute fabric, where any server can run any application. As a consequence, the data center infrastructure must adapt to this new, more flexible environment. Gartner has characterized this ongoing transition as “an important step in the evolution from box-centric, data center-optimized Ethernet solutions to a fabric-based approach for large data center and cloud infrastructure.”

The virtualization problem is this: legacy network switches were designed for the static data center, where servers ran just one application and data flows were well-defined and predictable. In the virtualized data center, however, things are much more dynamic. Servers can run multiple applications, and those applications could run on any server.

Gartner stated in the report that “data center switching is a fast-evolving market with a different problem set and several new technologies likely to disrupt legacies.”

We are seeing this now as multiple technology providers, both old and new, vie to deliver the next-generation, fabric-based data center architecture. 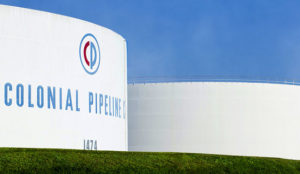