The Deepest Shade of Green

Talk is cheap when it comes to going green. It’s one thing for ITmanagers to remind a company’s workers to throttle back on wastefulenergy use now and then and recycle old equipment effectively; it’s quite anotherto implement real energy-saving procedures. More times than not,companies do more talking about being green than actually working to greenify theiroperations.

Running a deeply efficient and non-wasteful IT operation is much more complex thansimply being “green” or “not green.” It’s all a matter of degree.What’s more important for managers to ask is how deeply green canthey get. In today’s sour economy, motivations for going deep greenhave changed drastically.

Becoming a more ecologically minded enterprise willbe an operational imperative to bring an organization with data centeractivity or numerous banks of servers considerable savings. Greeningup, while helping the environment, is more a way of helping the bottomline.

“Companies are finding that efficiently managing data is making a hugeimpact on the amount of energy they are saving,” Mike Logan, presidentof Axis Technology, told TechNewsWorld.

The trick to maximizing the greenery comes from deleting excessiveconsumption. Over time, the cost keeps adding on, Logan said.

He sees a lot of companies discussing how to become less wasteful. Ultimately, however, the operations folks get involved and try to combine theconcept of getting greener with a way to speed up a return oninvestment for upgrading equipment.

Typically, operations managers push for a better ROI in six months toone year. They assume that by consolidating through technology such asvirtualization, the savings will speed along.

“Six months to one year is unrealistic in most cases. They find outthat what they were doing may not have been so inefficient,” he said.

The starting point in becoming greener, according to Logan, iscleaning up an inefficient array of hardware. That process involvesconsolidating equipment so power-consuming computers and servers arenot ineptly idling when they are not needed.

Reducing hardware to run what consumes power more efficiently is thefirst part of the process. The second step is to upgrade in order toachieve greater efficiency and reduce consumption.

“The goal of going green is still an achievable goal for both costsavings and an overall change in how data centers are architected,”Alan Murphy, a technical marketing manager with F5 Networks, toldTechNewsWorld.

Reducing the number of physical servers is the primary method forging greener, especially in the data center. That one changeresults in less raw power consumption to both power the servers andthe equipment that keeps them cool.

The key is reducing idle time as well as network switches androuters drawing power to feed those idle servers. Implementing virtualization is one key to making that happen,according to Murphy.

The typical path: Virtual platforms and virtual serversfrom companies such as VMware and Microsoft. The challenge withvirtualizing, howver, is that it becomes a numbers game.

For instance, more virtual servers typically mean a one-to-onereduction of physical servers in the data center. Yet more physicalservers are often needed to host all of these new virtual servers.Upgrading to larger servers requires more power and typically usesabout the same number of network ports, noted Murphy.

“Many virtual servers won’t save money and consume less resources byreducing the amount of electrical draw and cooling. However, thedegree and balance of this savings verses the implementation costsbefore and after need to be weighed before a massive green initiativeis undertaken, Murphy said.

In other words, the key to a successful green migration is how thevirtual platforms and virtual machines are utilized. This is where theintelligent provisioning of services comes into play.

When it comes to planning a greener IT environment, the data centermanager should function as the power miser. If the combination ofvirtual platform and virtual machine is implemented in a just-enoughmanner, the data center manager can closely couple application needwith power and cooling consumption. The application need translatesinto a specific number of virtual servers.

“During light periods, such as the middle of the night for a CRMapplication, those virtual servers can be deprovisioned and not useany power or cooling resources. As needs increase during businesshours, the virtual servers hosting that CRM application can beprovisioned incrementally to address just enough application need, andthus drawing just enough power and cooling from the data center tofeed those critical virtual machines and the application,” explainedMurphy.

New pressures to save costs and reduce energy requirements are pushingIT organizations to find products to get greener. Products such asVMware’s vMotion and vCenter are available for provisioning virtualservers. Application delivery virtualization and real-time applicationservice provisioning can be managed with products such as F5’s Big-IPLocal Traffic Manager, suggested Murphy.

Together, tools like these allow services in the data center to be spunup and down as need dictates, drawing only the exact amount of powerand cooling to help achieve a green data center. Other tools forgreening up IT environments are based on best practices to reduceenergy requirements and drive efficiencies.

Another approach to a deeper shade of green is based on the simplepremise that you cannot manage what you cannot measure. To helpcompanies figure out what is consuming energy at thedevice level and how much, Raritan Power IQ Energy Managementsoftware provides real-time power information on eachserver.

The Axis Technology DMsuite is a data masking tool that profiles,masks, audits and manages data in a standardized, automated manner. Ithelps companies cut down on the amount of electricity and equipmentnecessary for data centers by consolidating data as it protects it,according to Logan. 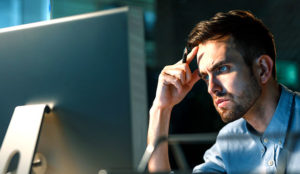