Thanks, Analysts, for Doing a High Risk, Low Reward Job 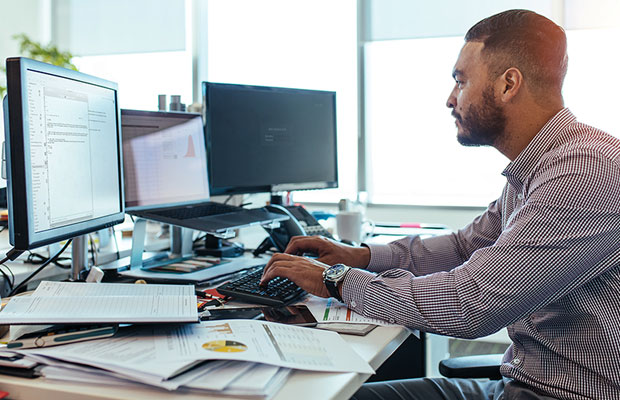 Like a lot of you I’ve been fascinated by the impeachment hearings. I don’t think they were a good idea because they have sucked the air out of the primaries, the Senate is unlikely to convict regardless of the evidence, and they are focusing people on the wrong critical problem. That problem is a dysfunctional State Department.

If you’ve seen the movie Midway — great movie, by the way — you may recall that the attack on Pearl Harbor resulted from a failure to listen to the analyst who indicated that the U.S. move to blockade Japan would result in a devastating attack from that country. A lot of folks lost their lives in what was the worst attack in U.S. history (at least until 9/11), and the country entered an avoidable two-front war.

That was a State Department failure resulting from not listening to a key analyst who had it right.

You might recall that prior to the Iraq war, the administration not only failed to listen to analysts who said there were no weapons of mass destruction, but also attacked and discredited those analysts. When that happens, it shuts down analysis, and really bad things happen.

Watching Fiona Hill’s testimony, and watching the personal attacks on most of those who were offering their truthful responses at last week’s hearings, I’m reminded of how my peer analysts rarely get credit for positive outcomes, and often are blamed for negative ones — particularly when our reports are disregarded or intentionally taken out of context.

So, I’d like to dedicate this column to the analysts out there who are fighting the good fight — who are risking their careers, reputations, and sometimes even their lives to do the right thing, often without credit, and knowing that doing the right thing can exact incredible personal costs.

I’ll close with my product of the week: the Motorola One Action, which arguably is the best phone for an active young adult in market (and even for an old fart like me who likes to film car events).

When I first became an analyst at IBM, I was handed a challenge. At the time our sales were falling, and the field reps were screaming it was because our products were overpriced. However, I owned competitive pricing, and post sales analysis indicated we not only were generally the lowest bidder, but also were substantially lower than our peer companies. So I pitched and was funded to do an incredibly expensive study to find out the cause of our falling sales.

After months of research one thing rose to the top, and that was that it wasn’t the product quality or the product price. It was a combination of a change in the commission structure that forced out our top-performing sales reps, and their replacement by salespeople who didn’t know the market or how to sell the offering. It almost looked like an intentional effort by our VP of sales to cripple the company, but that last part was left out of the report because I could find no smoking gun.

That senior VP was upset, and to get back at me he leaked one of my highly confidential reports to a customer — Kaiser Healthcare, one of our largest — which canceled its contract. The VP blamed me for the leak and moved to have me terminated (fired, not killed).

Fortunately, I had a background in security, and luckily I’d marked the reports so I could source them if they ever were leaked. The report tracked back to the VP, and I survived him. He went to work for the firm that got the Kaiser account in a role that implied he was a corporate espionage manager, making me wonder if he had been working for that outfit all along.

Sadly, that wasn’t the first such incident. A few years later, in fact, I was working for another group and there was a parallel team that told the executives what they wanted to hear, while my team instead was pointing out the problems that were being missed.

We were defunded and disbanded, while the other team was promoted and given substantial raises. The resulting product went from 95 percent market share to below 30 percent, and one of the biggest IBM sites was shut down and sold off. I never regretted this — I use it as an example to point out that too often the incentives analysts get lead to false reports, because they don’t want to piss off the folks they report to.

This goes a long way toward saying that I understand and appreciate the people truthfully testifying about what they saw while working for an executive who not only won’t appreciate their candor but also will go out of his way to personally attack them.

Being an analyst, I’m often reminded that other jobs depend on my doing my job right. However, in the government — particularly in the State Department, which is our best defense short of war — lives depend on the analysts, as the movie Midway reminds us.

We are once again coming up to Dec. 7, a date that “will live in infamy,” and I think we should take a moment and remember that although failure to listen to an analyst resulted in that attack, subsequently listening to him resulted in the victory at Midway that likely prevented further attacks on the U.S. West Coast.

Analysts often play a thankless but critical role — particularly in government, when they tell a truth that conflicts with the talking points of politicians. Analysts in general — and women in particular, who often are disregarded because of their sex — have the unenviable task of putting their careers at risk to tell their truth and protect the nation that we live in.

Regardless of what you believe, those who testified mostly told their truth in spite of the likely repercussions — very real threats to their livelihoods and potentially even their lives, as I have no doubt many now are getting death threats.

You and I likely are alive today because some analyst got it right, and as we approach Thanksgiving maybe we should be thankful that people like Fiona Hill put their integrity ahead of their jobs or their own lives.

We get into these jobs to make a difference. Last week that’s just what Hill and others did, and they have my respect and thanks.

I think it is nuts to give a US$1,000 phone as a gift when there are great phones in the sub-$300 range. One such phone is the Motorola One Action, which has a camera that is designed specifically to capture action. It likely would be more useful to an active adult or child than that unaffordable expensive phone. 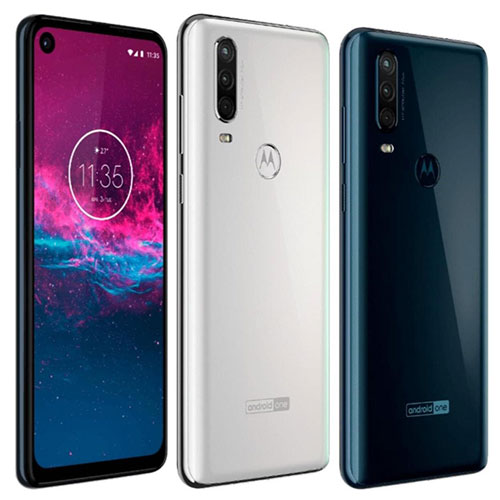 Personally I think that those who want something that expensive, particularly dependents, should save up and buy it themselves.

The Motorola One line has phones that don’t try to be one-size-fits-all products, but instead target what you most want in a phone. You just decide what is important to you. I go to a lot of car events, and I’m always forgetting to bring the damned GoPro.

At a cost of around $300 on Amazon, the Motorola One Action has an amazing action-focused camera for videos. You could lose three of them before getting to that $1,000 mark (and when you are filming action, breaking or losing the camera is a real risk). Also, it isn’t a bad looking phone for the price.

I think more of us should save our money and pick phones that are more closely designed to meet our unique needs. I’ve never wanted anything that most everyone else seemed to have.

Yes, I did lust after the new Motorola RAZR last week, but the phone I just bought was the Motorola One Action, because it just better fits who I want to be — and that, my friends, makes it my product of the week.