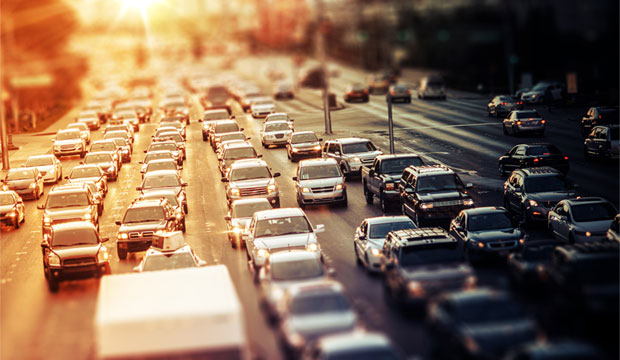 Transportation has been a tad static for the last 40 years or so, and that apparently is about to change big time, as some folks even are reconsidering lighter-than-air transport.

This is just the start. There are amazing efforts cropping up all over the U.S., suggesting that we may be building a lot of things that truly are magical. I’ll share my thoughts on this coming industrial revolution and close with my product of the week: a very advanced, almost pocketable drone that is small enough for inside and powerful enough to fly outside.

The Death of Innovation

Both transportation and advancement have a mixed history. At the beginning of the 20th century, we moved from horses to cars. Ford even created one of the most reliable airliners in the world and was well down the path toward creating a flying car.

During the Great Depression, perhaps in response to an increase in regulations, advancements in personal transportation seemed to slow and become far more linear. Yes, cars in the 1960s were better than those in the 1930s — but given that we’d come from horses, the speed of advancement was far slower.

Air travel seemed to peak with the brief creation of supersonic transports, which proved uneconomical and unsafe. The current U.S. president, Donald Trump, is looking into why the next Airforce One is basically a plane that was designed back when Ronald Reagan was president and was considered obsolete in many ways even then.

Largely because of fuel shortages and regulations (sound, environmental, safety) we hit a wall in the 1970s in all forms of transportation. Trains in the U.S. are kind of an international embarrassment, given that we once were the leader in rail technology.

I still remember the $9M that California put into studies to determine that the monorail Walt Disney wanted to build to the airport, which was budgeted to cost just $3M, would be unprofitable. It was that kind of regulatory insanity that likely killed what once was the most innovative industry in the U.S.

It seemed that after we made it to the moon, we just stopped pushing the envelope — but that now seems to be changing, a lot.

Innovation Is Coming Back?!

I think what is going on, in part, is that a new breed is transforming the workforce — people who haven’t had it drummed into them that they couldn’t do something different. They’re not just filling entry positions, either. A large number of successful startups have come from trailblazers like Elon Musk and Jeff Bezos who, rather than asking “why?” effectively are asking “why not?”

It is fascinating that their ideas are all over the map. We suddenly are making advancements both above and below the ground. We are applying ever more intelligence to everything from toys to cars. The result is the emergence of what some are calling the “new industrial revolution.”

It is very difficult to see just how unprecedented this level of change is while we’re in the middle of it.

Consider this: In the 1990s Amazon started out as a bookseller in a garage in Seattle. Now it scares the crap out of Walmart. Google didn’t even exist until 1998, but it now is arguably the most powerful company in the world. And then there is Facebook.

Still, traditional industries like transportation were left alone until recently — that is, until Tesla popped in, made GM’s electric car efforts look foolish, and spun the auto market on its head.

Wrapping Up: Thinking out of the Box

What’s happening is that folks like Bezos and Musk are forcing other CEOs to step their game up a lot. For instance, Michael Dell decided to build one of the most powerful tech companies in the world and make it private. He’s another guy who seems to be asking “why not?” and now his catch phrase is “go big or go home.” It kind of makes you wonder what he’ll do next.

Nvidia basically is building artificial brains in a box, and even Microsoft is attempting to alter the way we view reality.

This is the kind of competition that drives amazing change — and new above ground and underground transportation systems are just the start. It isn’t just transportation that is going nuts — it’s everything from the way we order and get products, to how we build them, to how we view and interact with the world — and even which world we live on. (Yes, we are going to Mars.)

This already has been an amazing decade, but what is even more amazing is that we likely are in the slow startup phase. What comes next will even be more amazing. Did I mention drone swarms?!?

I think we should call this “the birth of magic,” because what we’ll be able to do in a few short years will seem like magic to those of us living today. I can hardly wait.

Apparently I am building a drone air force. My latest acquisition is the Zerotech Dobby Pocket Drone. At $400 for a small drone, this is no cheap date — but what makes it different is that is has the necessary hover sensors and a full 4K streaming camera.

The small form factor of this drone and the fact that you can fold up the arms to make it pocketable (jacket pocket, that is — this won’t go in your pants) make it a unique offering for a fully featured drone. 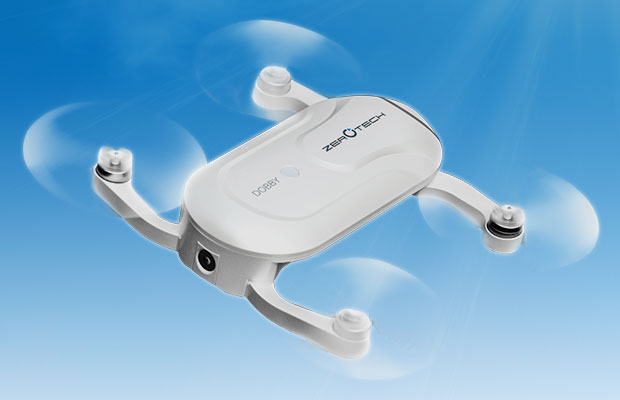 This is an indoor/outdoor offering, in that it is stable and easy enough to fly indoors (once you get the hang of it) but powerful enough to deal with wind, so you can fly it outside.

If you set it up properly, it has core features like hover and automatic return home. Like most current generation mid-range drones, it uses WiFi and your phone or tablet for navigation. Like all small drones, battery life can be an issue, so you’ll want several spare batteries, which charge off a USB-C cellphone charger.

It has GPS positioning, so it knows where it is. It has a fixed camera — not a gimbal camera — so you don’t get the stability of a fully professional product. However, those tend to be big and far harder to transport — I know, I have two.

In the end, if you want a good transportable mid-range drone that you can carry easily, the Zerotech Dobby Pocket Drone is my recommendation, and it’s my product of the week.