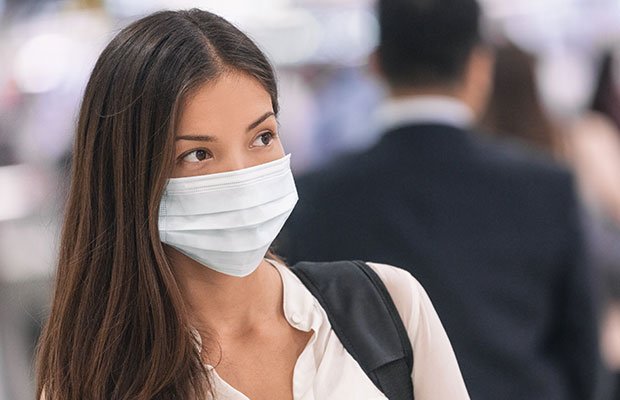 The World Health Organization on Thursday declared the coronavirus a global health emergency in recognition that the disease risk no longer is confined to China.

United Nations member countries may decide to close their borders, cancel flights, implement special screenings at airports, or take other steps in response to the notice.

U.S. health officials earlier this week announced they would fast-trackwork on a coronavirus vaccine, with the goal to have an early-stagetrial within three months. That timeline is consideredoptimistic, and even if the work proceeds apace, a phase 1 trial is still a long way from avaccine ready for mass deployment, the National Institute of Allergy and InfectiousDiseases, an agency within the Department of Health and HumanServices, has emphasized.

It could take a year or even longer before any vaccine is released for widespread use.

That is likely of little comfort to those in the Chinese city ofWuhan, which is ground zero for the coronavirus outbreak and essentially has been quarantined. As of this week, the virus has killed106 people in mainland China, and it has infected nearly 4,700 peopleworldwide, including in the United States.

The Chinese government rapidly constructed a1,000-bed hospital in Wuhan as a way to contain and treat patientssuspected of contracting the virus. Named the “Wuhan HuoshenshanHospital,” it reportedly is a 25,000-square-meter facility purpose-built to address thisoutbreak. The goal of the Chinese was to have the hospital finishedand operational in just 10 days.

A second and even larger facility, the Leishenshan Hospital, also is under construction, and the goal is to have that building finished in just 15 days.

Essentially locking down an entire city or region isn’t exactly a newtactic, and it certainly is not effective. When the “Black Death” spread during the Middle Ages, it was commonplace for port cities tobe closed to ships suspected of coming from infected areas.

In the 14th century, Venice was among the first cities to formalize suchmeasures, closing the city’s waters to suspected vessels, and evensubjecting travelers and nearly all ships to 30 days of isolation.

The period was extended to 40 days, which led to the term “quarantine.”

Sadly, those efforts generally were unsuccessful, and it is unclear if amodern quarantine would have any better success. However, this weekthe Centers for Disease Control and Prevention told Americans toavoid all nonessential travel to China and extended its travel warningfrom Wuhan to the entire country.

The effectiveness of this move currently is being debated, said Mariea Snell, assistant director of Doctor of Nursing Practice programs at Maryville University.

“At this point, the recommendation is that travel be limited, as therisk is considered to not outweigh the benefit at this point,” she told TechNewsWorld.

Modern air travel exponentially increased the spread of influenza eachyear, based on a study by Chong and Chung, originally conducted in 2012 and updated in 2017.

Air travel restrictions should become apriority when flu or other potential pandemic could occur, the researchers recommended.

Some companies are heeding such advice. Apple CEO TimCook on Tuesday announced restrictions on employee travel andeven took the drastic measure of shutting down one store in China.

The question is whether restricting travel and utilizing quarantinepractices be effective at curbing the spread of infection.

“Recent studies indicate that it may not be as beneficial asoriginally thought to be,” Snell said.

“We learned a lot from theSARS and Ebola outbreak in this regard. While it may slow it down, itwill not eliminate it,” she noted.

“The best way to prevent the spread ofillness is to wash your hands, and stay home if you are sick,” Snell said.

Aside from quarantines, efforts to halt the spread of disease include screenings. It has gotten far easier to determine if someone is contagious and carrying an illness through various methods of detection, which can be as simple as taking temperatures and observing individuals for symptoms.

“A helpful way that technology can and is being used to stop thespread of illness is the use of public health surveillance data,” noted Snell.

The effectiveness can be hit or miss, however, largely depending on the virus.

“In the case of the coronavirus, scientists say that the viral sheddingperiod — period when you are contagious — can occur up to a weekbefore you start to show symptoms,” Snell explained.

“Given this, using technology to detect infection — like fever — would notbe very effective at preventing the spread,” she noted. “This can behelpful during acute illness, but it would not catch all infected people.”

Technology isn’t just used just to determine if someone is ill, however.Advances in artificial intelligence and machine learning now are beingused to predict where an outbreak might occur — or even moreimportantly, where it might spread.

One such effort is an early-warning system that utilizes artificialintelligence and machine learning, as well as natural language processing, totrack more than 100 infectious diseases, developed by the Canadian firm BlueDot.

The program is designed toread from more than 100,000 articles in 65 languages, and the data then iscompiled to determine the potential for the spreading of diseases. Itwas used earlier this month to track the coronavirus and then predictwhere it might spread.

“Considering the coronavirus is a global disease, AI hasn’t done agood job stopping it — but a much better job in tracking it,” said RogerEntner, principal analyst at Recon Analytics.

However, it could take time to refine any AI to be truly successful.

“AI could certainly help, but it’s early days for AI yet, and thisvirus is moving faster than it would probably take to set up a good AImodel and train it on the right data set,” cautioned Roger Kay, principalanalyst at Endpoint Technologies Associates.

A number of crowdsourcing methods could be effective in tracking the spread of disease.

“This helps understand or predict where disease may spread so thatscientists and healthcare providers can take a proactive approach,”she added.

Social media is another promising avenue.

“Algorithms have been set up to detect certain buzzwords like ‘flu’ or’food poisoning’ to detect and track possible large-scale outbreaks,”noted Snell.

The ease with which so many people can jet set around the world for businessmeetings, conferences, trade shows, vacation and other occasions also hascontributed to the spread of contagious diseases.

Perhaps some of those occasions for travel eventually could transition to virtual reality or augmented reality experiences — both to save moneyfor the participants, and to keep big gatherings — such as the annual CESor the Davos political gathering — from becoming ground zero fora pandemic.

Not everyone is sold on that idea, however, and convincing attendees ofthose shows — not to mention the exhibitors — could be an uphillstruggle.

“The moment we have to do AR/VR in a response to a pandemic, then weare so deep in trouble not even AR/VR can save us,” ReconAnalytics’ Entner told TechNewsWorld.

“In the end, there is no substitute for meeting someone in person,shaking their hand and looking them in the eye — AR/VR can’t do that,”he added.

Virtual conferences are already happening for cost reasons, of course.

“The only issue is you can’t get people to sit through three days ofcontent on a virtual connection — it just doesn’t work,” observedKay.

“Networking is an important part of conferences, but if you don’t needto do business development, there is no reason not to get the contentin a format like a TED talk, and there are lots of software tools forconferencing at various levels,” he added.

“Much of what one can learn or needs to learn from majorevents or trade shows can be done through technology,” maintained Snell.

“Virtual events or trade shows can deliver the information in a waythat is safe and cost-effective,” she noted.

“We can integrate discussion in an online platform and share thelatest information on products, as well as view presentations from ourhome or office,” Snell suggested. “Utilization of this technology forevents such as these should be industry standard as we try to navigatethese global health concerns.”