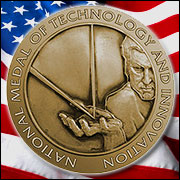 Legendary computer scientist and creator of the C programming language Dennis Ritchie has died at the age of 70, leaving behind a legacy that touches virtually every aspect of modern life. 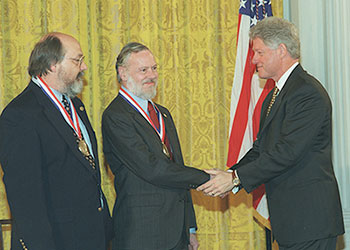 “Dennis was well-loved by his colleagues at Bell Labs and will be greatly missed,” wrote Jeong Kim, president of Alcatel-Lucent Bell Labs, in a statement on Thursday. Ritchie was employed at Bell Labs from 1967 to 2007, though he continued afterward in a consulting role.

Calling Ritchie “one of the most respected researchers from Bell Labs,” Kim went on to list many of the scientist’s key accomplishments, including not just the creation of C and coinvention of the Unix operating system with colleague Ken Thompson, but also the Plan 9 and Inferno operating systems as well.

Ritchie was awarded the 2011 Japan Prize in May, adding to a long list of other awards, including also the Association for Computing Machinery Turing Award in 1983 and the U.S. Medal of Technology in 1999.

Confirmation of the exact date of Ritchie’s death was not available at press time. He had reportedly been ill for some time.

‘It’s Hard to Think of a Bigger Legacy’

News of Ritchie’s death was apparently first revealed to the world on Google+ by Rob Pike, a distinguished engineer at Google who worked with Ritchie on numerous occasions.

“It’s pretty amazing how much of an influence [Ritchie] had,” Pike told TechNewsWorld. “[Steve] Jobs died last week, which was also very sad, but I think Dennis in some ways had a bigger effect on things. All those great things Jobs and his company built were based on C and things derived from C.”

“You’ve got all these operating systems, languages and programs all building on Dennis’ work,” Pike concluded. “It’s hard to think of a bigger legacy.”

‘People Are Still Building on It’

Indeed, “so many of the things we use today are basically programs that are written in C or languages that derived from it,” agreed Brian Kernighan, professor in the department of computer science at Princeton University and coauthor with Ritchie on the classic programming tome, The C Programming Language.

Operating systems, the Internet and even the phone system are “all basically building on things that Dennis did,” Kernighan told TechNewsWorld. “It’s sort of invisible until you start to think about it.”

In some ways “it’s probably surprising that the work that was done 40 some years ago is still so central and critically important, and that people are still using and building on it,” Kernighan added. At the same time, “I think it’s going to stay that way for some while.”

‘Impossible to Overstate the Importance’

It”s “impossible to overstate the importance of the C programming language,” agreed Randal Bryant, dean and university professor with the School of Computer Science at Carnegie Mellon University.

Today, “C, and its successor C++, are the two most important languages for writing programs that require high performance and close control over memory resources,” Bryant told TechNewsWorld. “Most of the world’s code for managing computers and networks and for processing database transactions is written in either C or C++.

“Compilers can generate machine code from C and C++ programs that is as good or better than hand-crafted assembly code,” Bryant added. “In addition, C has had strong influence on more recent languages, including Java.”

Avi Rubin, professor of computer science at Johns Hopkins University, is one of the many who cut their proverbial programming “teeth” on Kernighan and Ritchie’s book, and he expressed similar awe at the impact of Ritchie’s work.

“Steve Jobs was such a high-profile person, but I’m a little sad that only the computer people are going to be aware of what we’ve lost now,” Rubin told TechNewsWorld.

“He was the father of Unix, which is the core of Apple’s operating system,” Rubin explained. “Without what he did, the Internet wouldn’t be what it is today, servers and high-performance computing wouldn’t be possible.”

Furthermore, the C language “didn’t have anything to model itself after — it was a unique invention that showed real genius,” Rubin pointed out. “Probably more code was written in the last 25 years in C than in any other programming language.”

In short, he concluded, Ritchie was “one of key people to getting the world to where it is today.”

‘People Need to Know Who He Was’

Ritchie’s work may be taken for granted by many, but there’s been an outpouring of reaction to his death from those in the technology community.

Pike said he’s been impressed by the strength of the tech community’s response.

“He’s not a household name,” Pike said, “but I really think people need to know who he was.”