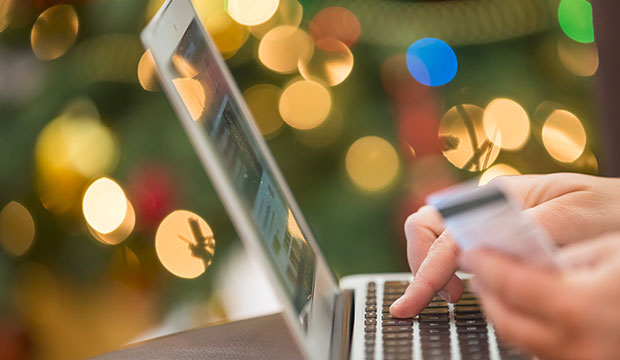 If you are like me, every Christmas you dread shopping because figuring out what everyone wants is a bit of a nightmare. You don’t know what folks want in your price range. If you find out, there is no easy way to be sure they haven’t bought it themselves, or that someone else didn’t get it for them. Choosing sizes and colors adds to the nightmare.

These problems aren’t limited to Christmas either, as the same gift-selection issues exist for birthdays, graduations and other occasions. Creating and maintaining multiple gift lists and keeping them current is just not something we do well. However, one of the big Internet providers could fix this for us. That’s what came to me last week, and I’d like to share the good news with you.

I’ll close with my product of the week: the Kindle Fire Tablet, which is the device I use more than I use my smartphone to help keep me sane (some may argue it is too late).

How AI Implementations Could Fix Gift-Giving

I’m going to focus on retail services like Amazon, because it would be the easiest for a retail service to do this, given it already has both the information needed and the highest selection of gifts. Note that any large social network, major retailer, or tech company also could put this together.

What a focused artificial intelligence system does is use massive amounts of data to answer difficult questions, and one of the more difficult is what to get someone else for a gift. Even asking doesn’t necessarily work, because your intended recipient might have given the same answer to others; decided to buy the item; or neglected to convey the accurate size, color or configuration wanted.

A comprehensive service like Amazon knows the size of its shoppers, what they have purchased in the past, who else has purchased a particular item and where it was sent. It also has a database of its shoppers preferences and buying habits, so it can even infer what a gift recipient might want.

The service would work like this: Both you and those you regularly give gifts to would agree to be networked and to share information regarding potential gifts. I’d suggest three tiers:

Approvals would be bidirectional, which means both parties would have to agree to share, and the person sharing the information would choose the tier for the other person’s viewing rights.

Each year you would get an annual survey auto-populated with what Amazon already knows about you, and you could make corrections and add or delete items from a provided list of options to create a complete list. This way, no one would ever have to start from scratch, and the service would remember your inputs from year to year.

The only other piece of information you’d provide would be your budget. You could set a total spend number, and the system then could make estimates granularly, and you’d be able to adjust up or down. Automatic adjustments would aim to make sure you didn’t exceed your budget. (You could override your budget number if you wanted to, but the system would try to hold you to it.)

After you completed the survey, the AI would take over and make recommendations for each of your recipients. It would generate a gift card, and it would make sure no one got the same gift more than once, unless the recipient wanted more than one.

For instance, one of my favorite gifts to get is dark chocolate covered apricots from the Olson farms. (See how I worked that in there?) For that, I could set a limit of three or four boxes.

CEOs used to have their secretaries do this. They’d give them a list of people to get gifts for, and a budget. The secretaries would do all the work and then generate reports the execs could refer to if they wanted to know what they gave.

With the app I’m envisioning, you’d put in your budget, delineate how much of it you wanted to go to each tier, and the AI would generate a result that you could accept or modify. It also would auto-generate gift cards that you could edit or accept, and then you’d hit “buy,” and all your Christmas shopping would be over in minutes rather than hours.

Another option would be to notify the recipients of the cash value of intended gifts and allow them to take a credit. That would allow them to aggregate gifts from several people to get something more expensive. It would work like a gift card without all the current aggravation. Some people would rather be surprised, but others might like fewer, better gifts.

This service easily could scale for birthdays or weddings. It might generate a wedding registry automatically, for instance, based on what it learned over the years from the couple’s Christmas and birthday wants and needs.

There is an inherent conflict in having a retailer like Amazon do this, as it would want you to exceed your budget, and it would be motivated to upsell you.

What if a service like Angie’s List or Consumer Reports undertook this? They’re more interested in your renewing your subscription to their service, and likely would point out better values or less-expensive options, and help you meet your goals while minimizing your spend.

They would be more likely to suggest green gifts or donations to charity on behalf of the recipient if that was what the recipient would prefer.

AIs are profiling us. They are being used to micro-target us either to get our money for something we don’t want or to get our vote for someone we wouldn’t like.

Why not use this technology to help us with some of the frustrations associated with gift-giving, making the process both less time-consuming and better? How about an AI that would help us, and those we gave to, have happier holidays?

Oh, and it also could defer purchases until a desired item went on sale, or it could aggregate purchases among buyers to get volume discounts. In short, the system could offer a less stressful, better, cheaper solution. I think it would be a nice change to have an AI on OUR side.

Right now, on sale for less than US$100 for the 32-GB version with targeted ads (which only show up on the boot screen), the Amazon Fire HD10 tablet has to be one of the biggest bargains in the segment.

Amazon has increased the battery life of this product significantly and increased the weight a little too. However, besides my smartphone, this is the one thing that goes with me everyplace I go — and I use this tablet more.

I’m using it both to read my books and to binge-watch my favorite shows, which include Yancy Derringer, Wyatt Earp, The Expanse, live-action Teen Titans, and Street Outlaws. (I have eclectic tastes).

On long trips this is a godsend, because you can download content onto it, and you don’t have to rely on the selection the airline gives you or the crappy TV that you typically end up with overseas.

Battery life seems about 2x what the last version of the Fire tablet had, and you can trade in your old tablet to get an additional discount. This latest version has a USB-C connector so you can use the same charger that you use for your Android phone (Apple users will need a separate charger or charging cable though.) It has Amazon Alexa built in, and you can buy a stand to turn it into an Echo-type device. 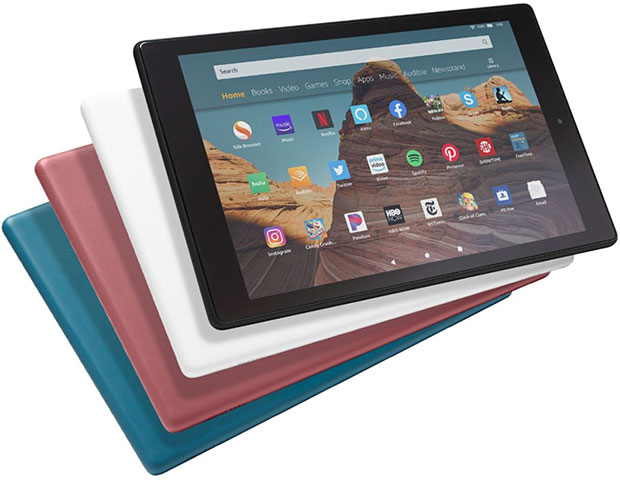 It has up to 12 hours of battery life and weighs 17.8 ounces. It has Dolby Atmos sound, an eight-core processor, 1080p full HD resolution, and two 720p cameras. One thing I do with it is connect it wirelessly to the car stereo and watch my shows while listening through the car speakers while I’m waiting in the car (and now I always opt to wait in the car when my wife shops, which saves an impressive amount of money).

You can load Outlook onto it and handle email. You can browse the Web. It will run an impressive number of Android applications available from the Amazon store.

You’d be hard-pressed to find a better deal than a 10inch tablet for less than $100. Pretty much wherever I go, as long as I have my Fire HD tablet I’m happy, so the Amazon Fire HD10 tablet is my product of the week. (Oh, and it even comes in purple!!!)