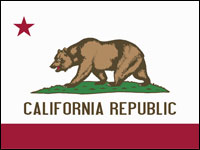 California Governor Jerry Brown signed a law Wednesday that will require Amazon.com and other Internet retailers to collect sales tax on goods sold to California residents.

Mail order laws have long held that state sales tax doesn’t have to be paid by companies that do not have a presence in the state where the goods will be delivered. That’s simple interstate commerce law.

In response to the signing of the California law, Amazon sent a letter to its affiliates in California terminating their relationships. Affiliates are companies that sell goods through Amazon.

In its letter, Amazon called the legislation “unconstitutional and counterproductive.” It claimed the bill was supported by “big-box retailers, most of which are based outside California, that seek to harm the affiliate advertising programs of their competitors.”

In 2009, California considered similar legislation, but it was vetoed by Arnold Schwarzenegger, who was governor at the time.

Amazon has taken a hard stand against the move by the California state government.

“This legislation is counterproductive and will not cause our retail business to collect sales tax for the state,” Paul Misener, Amazon VP of global public policy told the E-Commerce Times.

This will likely move to the courts if Amazon chooses not to collect and fork over sales tax on California transactions. Even though Amazon cut off its California affiliates, the company still has subsidiaries that reside in California.

Many affiliate companies sell through goods through a number of online retailers. Amazon is not the only online retailer that felt it was forced to immediately cancel its affiliate relationships in California.

“Hundreds and hundreds of online retailers are terminating their affiliates,” said Rebecca Madigan, executive director of the Performance Marketing Association, a trade group for Internet affiliates.

“There are 25,000 affiliates in California. This is a devastation. From 25 to 35 percent of an affiliate’s income just got cut off,” she told the E-Commerce Times.

There was no time for online companies or their affiliates to adjust to the legislation. The bill was signed Wednesday; notification of affiliate cancellations by Amazon and other online retailers went out the same day.

“The bill went into effect immediately on Governor Brown’s signature,” said Madigan. “So the affiliates lost their business immediately. One affiliate got 70 cancellation letters just since yesterday.”

Many of the affiliates are home-based operations, but some are larger — and though 25,000 affiliates are affected, the total number of people affected is considerably more.

“Many affiliates are independent business owners who work for themselves, but some have up to 100 employees,” said Madigan. “The 25 to 35 percent of business lost is a huge amount. Some have an even higher loss. When this has happened in other states, the law didn’t go into effect immediately, so affiliates had the chance to move out of state before the law took effect.

The explosion of affiliate cancellations has been termed by some as a “hissy fit” on the part of Amazon. However, even if the online retailer wanted to collect tax, it would take five to six months — at least — to change its pages and system to do so, Madigan pointed out.

“They were forced to terminate affiliates or break California state law,” she said.

One of the difficult aspects of colleting sales tax from e-commerce transactions is that the Internet exists virtually.

“Where you get into problems is it’s tremendously difficult to say where the transaction takes place,” Peter S. Vogel, a partner at Gardere Wynne Sewell, told the E-Commerce Times.

“I’m sitting in New Mexico and I buy a book from Amazon, which is in Washington State and the book ships from Kansas. Where is the taxable event? In the past, with mail order, the rule was if the company did not have a presence in your state, they didn’t charge tax,” Vogel noted.

Sometimes when states lay down tax law, there can be unintended consequences that backfire. By making a wrong move, a state could actually lose revenue as a consequence of imposing new taxes.

“In 2005, Amazon opened a distribution center in Texas,” said Vogel. “The Texas state government sent them a bill for state sales tax. Amazon said they would leave the state. The governor vetoed it to keep Amazon in the state.”

E-commerce taxation by states is “a national problem of great consequence” that won’t soon go away, in Vogel’s view.

“State governments are dying, so they’re looking for new revenue. So now Amazon is cutting off affiliates,” he said. “The irony is it will cost you and me more. We tax the e-commerce site, and the consequence is the cost of doing business in the United States goes up.”

E-Commerce Growing at a Good Clip, but Many Consumers Still Don’t Get It 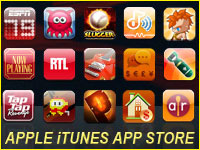