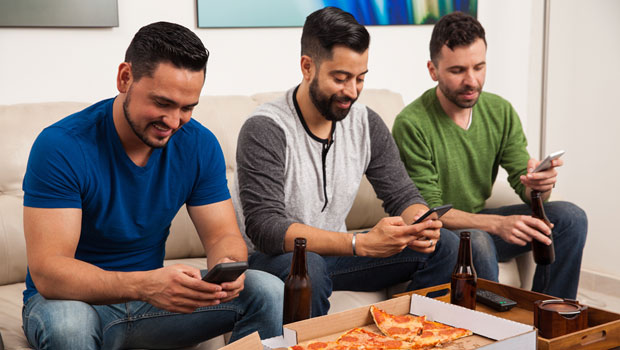 Twitter and the National Football League are betting that a partnership announced this month could help refine the roughly defined relationship between social media and the world of sports.

The NFL set out to reclaim fans who chewed through their cable TV cords and have strayed from the flock of football faithful, while Twitter’s motive in agreeing tostream 10 gridiron games during the 2016 season was growth and retention.

The NFL fielded offers from Facebook, Amazon and others, but Twitter’s reach and relevance to fans of the game won it over, even though its bid reportedly wasn’t the biggest of the bunch.

Best Seat in the Home

Social media use has been closing the gap between the couch and the court, the home and home field, according to Quinton Porter, director of business development and partnerships atZoomph.

The New York Giants reported that more than 90 percent of fans don’t attend the team’s games, he told TechNewsWorld.

“It’s easy to engage people at the game because they have the video boards and the announcer prodding them,” Porter said. “But then you have all these people at home. How do you engage them? You bring them social content from the team and from the fans at the game, in real time.”

That offers all fans anywhere “an intimate game-day experience,” he noted.

In addition, social media platforms give everyone a voice, Porter said.

Anyone can be a sports analyst and have their opinions heard through social media, said Joe Caporoso, director of social platforms atWhistle Sports. That goes for athletes too.

“Athletes now have a direct pipeline to their fans and can circumnavigate the media with messages they want to get out there,” he told TechNewsWorld. “For people working in sports, the ability to connect and develop relationships digitally has opened up new opportunities and career paths for many.”

The streaming deal with the NFL awards Twitter what has been the lowest-ranking night of the week for football.

The NFL is betting Twitter can make Thursday nights special, and the league reportedly is looking to expand the sales of its digital streaming rights after its broadcast contracts expire in 2021.

While Thursday Night Football may not be very lucrative to network TV, it could be a golden opportunity for Twitter.

Fans are eager to embrace new social opportunities, and this one comes with premium content for free, according to Caporoso.

For every college and professional sports teams, there are hundreds or thousands of Facebook groups and pages that are home to unending debates and banter, he pointed out.

That goes for Twitter as well, where there is an abundance of accounts run by “national correspondents, beat writers, bloggers, superfans, analytics masters and everything in between,” Caporoso said.

“Sports quickly found prominent roles in newer or rapidly developing platforms like Snapchat, Periscope and the new live streaming options on Facebook,” he said. “Once a social platform becomes popular, a vocal and active sports community is never far away.”

No Longer Leagues Away

Still, not all sports fans are fans of social media.

Some fans draw the line at supporting their teams online, according to Jackie Reau, CEO ofGame Day Communications.

“There is a segmentation among sports fans based on their age and how they have embraced social media as a tool to connect with sports,” she told TechNewsWorld. “For instance, millennials are often using multiscreens to view sports, whether a tablet or phone or smart TV.”

However, millennials aren’t the only group embracing social media, for sports or anything else. They’re the most accepting of it, but older generations have been making the transition, according to Caporoso.

“There are still trace elements of older generations complaining or wringing their hands about the new state of sports media,” he said. “However, plenty of Gen Xers and boomers have adapted and found a way to flourish within the social media landscape.”

Social media use has become second nature for members of younger generations looking to work in sports, Caporoso said.

“The days of social media expertise being a rare or specialized skill set are dwindling,” he said, “which puts pressure on people in the industry to constantly up their game and be looking ahead.”