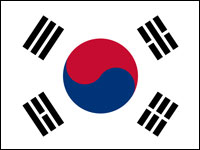 In a loud declaration of, “Because we can!” plans have been hatched to build a skyscraper in South Korea that will be able to turn invisible.

The skyscraper’s invisibility function will work by having cameras on the tower take pictures of the sky behind it. Those images will then be transmitted to the front of the building, thereby fooling the eyes of people standing in a designated area, to whom the tower will appear to have vanished. Or something.

The building is expected to perform its trick for about a half-hour each day.

Construction will not begin for two to three years, according to one official working on the project.

There is one potential snag: The building is expected to be erected just 15 kilometers from a major airport.

Facebook has apologized for a dating ad that appeared on its site featuring the photo of a Canadian teen who hanged herself.

The ad — for “Find Love in Canada” — showed Rehtaeh Parsons, a 17-year-old who committed suicide after a decidedly cruel bout of cyberbullying. Photos were circulating online which showed Parsons after an alleged gang rape in 2011.

The ads were placed on Facebook by ionechat.com, a dating site that uses Facebook to peddle ads. The owner of ionechat.com expressed remorse, adding that he used the photo by mistake and didn’t know the girl’s story.

Facebook has blocked the site from placing future ads.

Well, those several dozen are about to be joined by a several thousand.

BlackBerry is reportedly prepping to axe 40 percent of its employees by the end of the year. The cuts will span all departments and occur in waves.

The last time BlackBerry disclosed workforce numbers, in March, it had 12,700 employees. Next March it figures to have far fewer.

Hiroshi Yamauchi, the former president of Nintendo who helped transform the company into an international video game power, has passed away.

Nintendo wasn’t even in the electronic entertainment biz when Yamauchi became president of the company in 1949. Instead, it was a small collectible trading card company. Go figure.

Researchers at the UK’s Southamption University have created a tool to index historic maps, photos and documents to create an information-laden map of yesterday — or yester-century, as it were.

Thetool, a product of the “Pelagios 3” project, incorporates data from ancient Latin and Greek sources, medieval European and Chinese maps, seafaring charts from the 1200s and more.