Part 1 of this two-part series discusses the importance of choosing the right partner when considering whether to outsource social media tasks. Part 2 focuses on vendors, risks and outcomes.

“Some functions are best handled by a local U.S., agency while some others like social media monitoring and B2C (business to consumer) community management are best outsourced to a low-cost country like India,” Mishra told the E-Commerce Times.

“Local, domestic U.S. expertise and relationships will continue to be important for consulting and parts of insight delivery like client interaction and solution delivery — design and B2B (business to business) community management,” he said.

But man-hour intensive parts of the social media delivery process, like data mining (basically content tagging), and parts of data analysis and parts of solution transmittal (coding and B2C community management) will be outsourced to “countries that have a low-cost, Web-savvy workforce with a good understanding of the language,” he said.

“Because social media is about building an online reputation and becoming an authority amongst the people you are trying to reach, it is all about a service provider clearly and comprehensively understanding the client and their audience before taking tactical steps,” said Brandon Reiser, lead online marketing analyst for Earthbound Media Group (EMG), an Irvine, Calif.-based strategic marketing agency.

“If you’re going to outsource your social media marketing to an offshore company — just like a domestic one — you’d better make sure your agency understands what you are trying to achieve in regards to your message,” Reiser told the E-Commerce Times. “People in social media channels are pretty hip to technology and they are going to smell out someone who has ulterior motives pretty easily.”

Andrew C. Frank is a research VP for Gartner Media Industry Advisory Services. “Offshoring is appropriate if your needs are to develop or test applications that are well specified,” he said. “There may also be parts of the process that can be put into offshore managed services once they’re well understood.”

“But engaging with social media is a fluid and sometimes volatile process that requires strong communication skills and cultural sensitivity, both between you and your marketing partners and with your communities,” Frank told the E-Commerce Times. “Keep in mind that social media relations are human relationships, not static communications, and the stakes of getting it wrong can be quite high.”

“Going offshore may mean spending less money, but there’s always a quality issue,” he told the E-Commerce Times. “A company has to make a commitment to building customer relations no matter where the service provider is located. If they don’t make that commitment, then it doesn’t really matter what service costs, it won’t succeed.”

An extensive collaboration and social media technology platform marketplace has arisen in response to growing demand in the nascent social media marketing space. Leading examples of companies include:

Awareness is an interesting example of the dynamic collaboration and social media technology space. “Awareness has a good track record among large organizations, using its products for customer communities, extranet collaboration and, to a lesser extent, for internal deployments (to support communities of interest, for example). There is some integration with other workplace applications,” according to Gartner Research’s 2007 Magic Quadrant for Team Collaboration and Social Software. Cautions in the report include: “Hosted-only availability will limit its appeal. There is limited ability to execute due to its small size, with about 25 employees, and no significant activities outside the U.S.”

“The founding principle driving social media marketing and the technologies that support it is that people want to hear from people” said Eric Schurr, the Awareness VP of marketing and direct sales. “People trust friends and family more than they trust industry or corporate experts. People have a voice and they want to be heard.”

Awareness primarily builds online communities, which come in different shapes and sizes matched to the client’s business goal, according to Schurr.

“When you invest in social media marketing technology, you have to keep in mind your business goal and what you’re trying to achieve, then make that goal manifest in the campaign,” he told the E-Commerce Times. “Mostly, companies want engage in a two-way dialogue with their market. We recommend that they pick a solution/offering that allows them to achieve the immediate goal and then to scale it, because business goals will change quickly and you do not want get stuck in a dead-end strategy with dead-end technology.”

Risks Come with the Rewards

There are many potential technical risks associated with outsourcing social media to a third-party platform, according to Outsourcing Institute CEO Frank Casale. One large concern is the real or perceived vulnerability of customer marketplace intelligence residing in databases hosted on remote third-party servers.

“It comes down to how comfortable a company is in believing that this customer data will not somehow be exploited,” he told the E-Commerce Times.

When it comes to technology for a social media marketing initiative, Casale recommends a four-step process.

“Step one, hire your expert,” he said. “I wouldn’t necessarily pick a social media expert because their range of expertise might not be wide enough, unless it’s an SMM expert who understands general marketing applications. Step two, define the strategy that is going to be driven by the expert. Step three, select the technology. Step four, go.”

The platform of choice follows the marketing strategy, according to EMG’s Reiser. “We’ve found you have to immerse yourself in a number of channels to varying degrees for a long time before you see results. And the channel or application used is completely dependent on the audience the client wants to reach. If we’re trying to reach life insurance salespeople, we’re likely not going to recommend Twitter as a key part of the mix.”

The very nature of the Web itself precludes an over-reliance on any single technology solution, according to Georgetown Yahoo Fellow Mishra.

A clear example of the potential for listening to — and hearing — the customer is shown in the Awareness-based blog of Bill Marriott, chairman and CEO of Marriott International.

On Nov. 3, Marriott posted a blog titled “Keeping Our Eyes on the Road Ahead.”

“I was out in Los Angeles recently to check out the progress of the L.A. Live project — a brand new commercial and residential center revitalizing downtown L.A. When it opens in 2010, it will include two of our top brands — a JW Marriott and a Ritz-Carlton.”

Comment: California doesn’t want any more Marriott’s — especially after Bill Marriott donated million and millions to the Mormon Church who, in turn, spent those millions to oppose gay marriage — Marriott can stay in Utah or Maryland or wherever they’re from — but we’re sick of you in California — Thanks Bill!

Note: This comment prompted a separate blog from Marriott in which the CEO denied any involvement in donating money in support of the California constitutional amendment referendum on banning gay marriage in the state.

Comment: Hi my name is Patricia Payne. I am a senior at Colonie Central High School in Albany New York. I am in an LMP class at Capital Region Career and Technical School. For my English integration class we have to write a blog on the internship at your marriott hotel on Wolf Road in Albany New York. I dont want to offend you, however i think your blog is a little plain. I think you should put more color in there.

Comment: Dear Sir, I’m sure it’s nice that two of your flagship brands are continuing to be built; but you may want to consider the other end of the spectrum as well. As an independent sales rep, I can only rarely stay at any of your hotels, even the so called “limited service” Fairfield Inns. Most of your rooms are well over $100.00 per night, something that, quite frankly, is crazy. If you are not on an expense account, it’s unlikely you will stay there. There are thousands of us out there. We need a clean room, soft bed, and wifi. For a reasonable price. Right now, your company is not providing that. 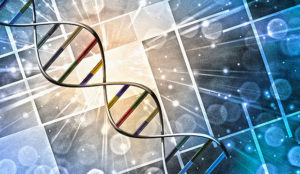 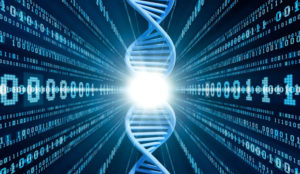 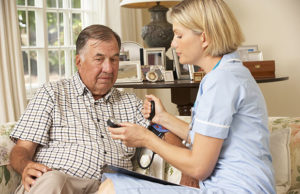 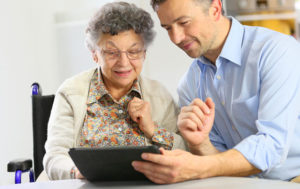 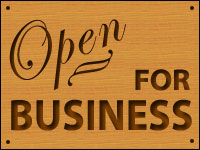 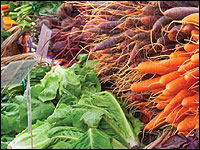